Could your heart be killing you? 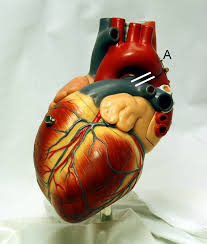 Is your heart killing you?  A radical new theory suggests that our heartbeat could be responsible for Alzheimer's disease, the most common cause of dementia.

Dementia is the umbrella term used to describe all sorts of degenerative conditions that damage our brains. It is emerging as one of the world's biggest health concerns, and one of our most deadly diseases.

More than 40 million people around the world have it, and the fear is that as the population ages more of us will be effected. About 50,000 New Zealanders have dementia now, and that number is predicted to triple to 150,000 by 2050.

Conventional thinking is that Alzheimer's disease is caused by the deposit of plaques on the brain, and today there's no cure. "One way to avoid it all is to die young" Professor Jonathan Stone of the University of Sydney told This Way Up's Simon Morton.

Professor Stone is a New Zealand-born neurobiologist working at the University of Sydney. He suggests that the combination of our pulse and our deteriorating vascular system causes small bleeds in the brain that increase as we get older, resulting in dementia.

"When I started on this quest for understanding dementia I didn't imagine for a moment that the heart was involved; there was no literature suggesting it, and I didn't realise that it would in fact turn out to be a major driver".