Graffiti detection in real time, assessing gut health with swallowed sensors, eyebrows: why you have them, and will Apple start making its own shows? 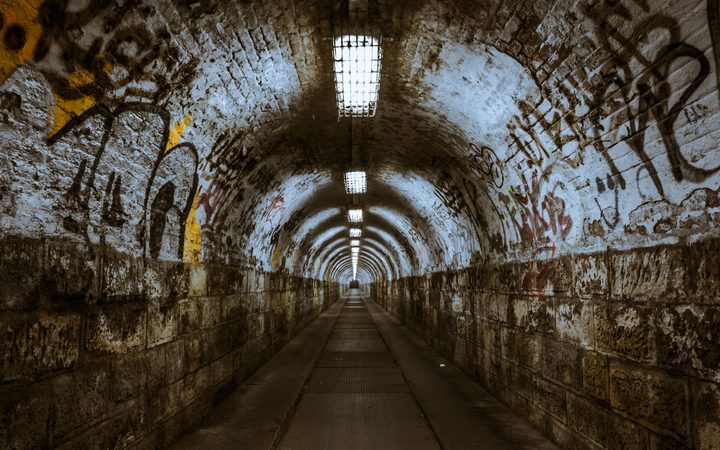 One response is to paint over it when it appears, but the hunt is on for a more sophisticated solution.

Auckland designer Max Voskob is trying out a smart graffiti detection system which uses a mix of wireless sensors, cameras and machine learning to detect graffiti and tagging incidents as they happen.

He talks us through how the system works. 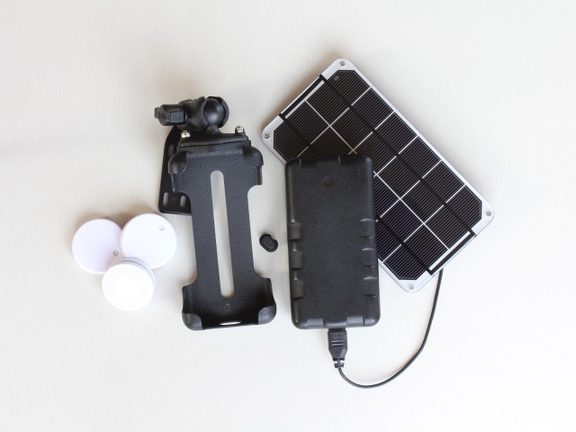 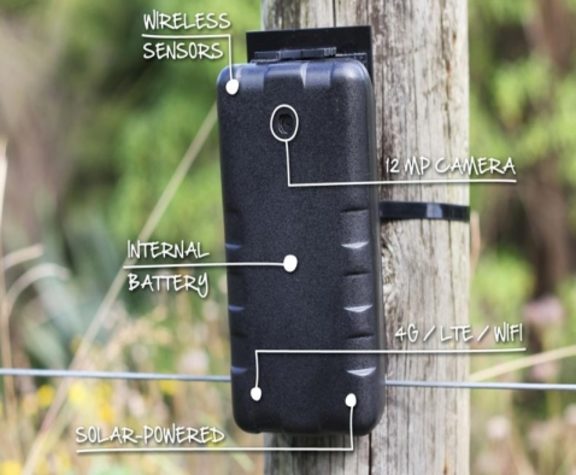 Assessing gut health with a sensor you swallow

The recesses of the human gut have become a new target for diagnosing and fighting disease. 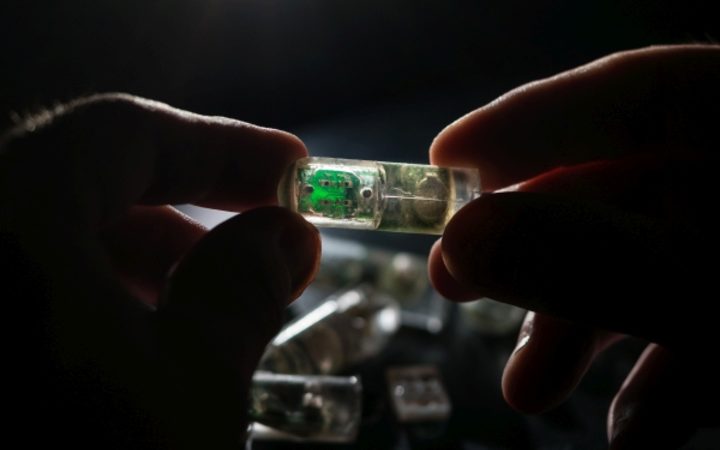 Conditions like depression, Coeliac disease, cancer and obesity are now being linked to our gut health.

An edible gut sensor has been developed that, once swallowed, measures chemicals in the gastrointestinal tract that can be linked to particular health problems.

The results are transmitted to a smartphone app.

Mark Mimee, one of the Massachusetts Institute of Technology team which developed the sensor, has written about it in the journal Science.

He says an ingestible capsule that can take visual images (the ‘pill cam’) and another to measure gases are in use or being developed.

MIT’s version has the ability to take biochemical pictures, says Mimee. It can identifies whether small molecules that might be associated with health or disease are in the gastrointestinal tract.

Engineered probiotic bacteria are put into living cells to make them light up when they sense chemicals in the gut. The electronic part of the sensor detects that low amount of light and transmits the data to the smartphone app.

Trials have been so far been carried out in mice and pigs.

Mimee is hoping the sensor might open the doors to diagnosing diseases that may not be picked up by looking at blood tests.

Eyebrows – why we have them

Do our eyebrows exist to stop sweat from getting in our eyes or is there something else going on?

Penny Spikins and her colleagues at York University in England have been investigating. 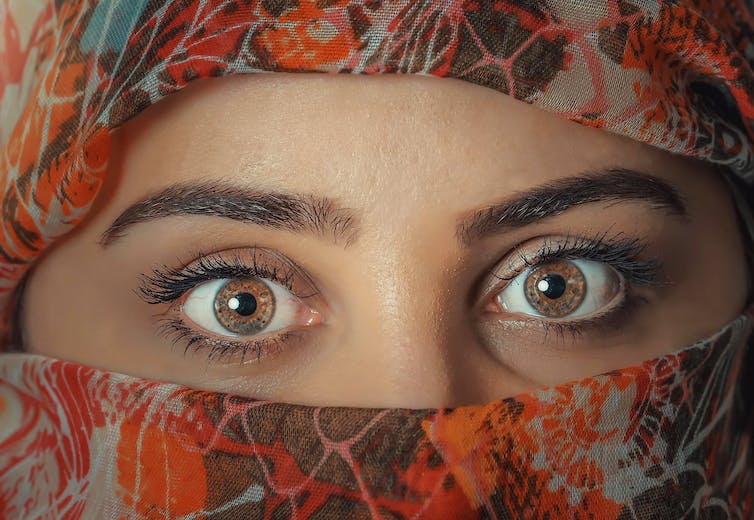 The article below was originally published on The Conversation. Read the original article.

The evolutionary advantage of having eyebrows

Eyebrows, we all have them, but what are they actually for? While eyebrows help to prevent debris, sweat, and water from falling into the eye socket, they serve another important function too – and it’s all to do with how they move and human connection.

We already know that our modern minds often reflect the ways our ancestors needed to work together to survive in the distant evolutionary past. But it seems our anatomy reflects the importance of getting on with other people as well. As our new research published in Nature Ecology and Evolution suggests, the ability to look either intimidating or friendly is reflected in our bones – at least where the shape of the skulls is concerned.

We all know that ancient species of humans, such as Neanderthals, looked a little bit different from us. But the most obvious difference is that archaic humans possessed a pronounced and very distinctive brow ridge which contrasts with our own flat and vertical foreheads. And for scientists, this difference between us and them has been the hardest to explain. It was even famously said that Neanderthals would go unnoticed on a New York subway if only they could wear something like a hat to cover this distinctive feature.

But our latest research may have found an answer to explain why archaic humans had such a pronounced wedge of bone over their eyes (and why modern humans don’t). And it seems to be down to the fact that our highly movable eyebrows can be used to express a wide range of subtle emotions – which could have played a crucial role in human survival.

Research has already shown that humans today unconsciously raise their eyebrows briefly when they see someone at a distance to show we are not a threat. And we also lift our eyebrows to show sympathy with others – a tendency noticed by Darwin in the 19th century.

So with my colleagues Ricardo Godinho and Paul O'Higgins we looked at the iconic brow ridge of a fossilised skull (known as Kabwe 1) to find out more about its purpose. Ricardo used 3D engineering software, to shave back Kabwe’s huge brow ridge. And in doing so, found that Kabwe 1’s heavy brow offered no spatial advantage.

The brow ridges in archaic humans also serve no obvious function in relation to chewing or other practical mechanics – a theory commonly put forward to explain protruding brow ridges. As when the ridge was taken away there was no effect on the rest of the face when biting. This means that brow ridges in archaic humans must have had a social function – most likely used to display social dominance as is seen in other primates.

For our species losing the brow ridge probably meant looking less intimidating, but by developing flatter and more vertical foreheads our species could do something very unusual – move our eyebrows in all kinds of subtle and important ways.

Although the loss of the brow ridge may have initially been driven by changes in our brain or facial reduction, it subsequently allowed our eyebrows to make many different subtle and friendly gestures to people around us.

Historically speaking, these marked changes in the face occurred at a time when the emergence of important social changes began to take place. Mainly the collaboration between distantly related groups of humans.

This was a time when modern human groups began to exchange gifts across large regions. Being able to create distant friendships probably helped early humans to colonise new environments – as they had friends they could rely on and retreat back to.

Modern humans also lived in larger and more diverse groups than previous species reducing interbreeding. So the impact of friendly and mutually supportive relationships with people outside one’s own group were far reaching. And the development of mobile eyebrows may have been a key part of all these changes.

But these changes weren’t just exclusive to humans – the developments seen when wolves became domesticated are in some ways similar. Dogs have more waggy tails and flatter faces than wolves. And dogs who are better able to look cuter by raising their brows are more likely to be selected from shelters.

It seems then that for humans (and dogs), being able to get along with others was key to survival. And for our ancestors, the evolution of the eyebrows performed an important function in expressing friendliness. All of which forms part of a process of “self-domestication” – where our human brains, bodies and even anatomy reflects a drive to get on better with those around us.

Penny Spikins, Senior Lecturer in the Archaeology of Human Origins, University of York

Bits + Bytes: will Apple start making its own shows? 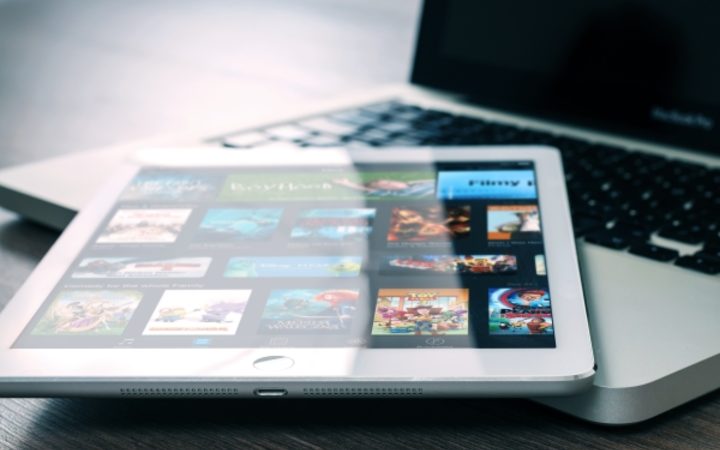 For years now there's been rumours that Apple would take on Amazon and Netflix by launching its own video streaming service.

Now it's being reported that the software giant has hired a bunch of TV execs and is already commissioning its own content.

Plus, rumours that Apple Music is launching a global publishing arm to sign artists directly.

If her hunches prove correct there could be a lot of investment incoming for the Chinese tech sector.

Finally, we talk about "GDPR fatigue" – a common response to the wave of emails people have been getting recently about updated privacy policies, prompted by changes to European law.