Allan Herbison discusses the role of the brain and fertility; Simon Parkin and his book 'Death by Video Game', and Naked Science with Chris Smith.

The brain and fertility: Kisspeptins 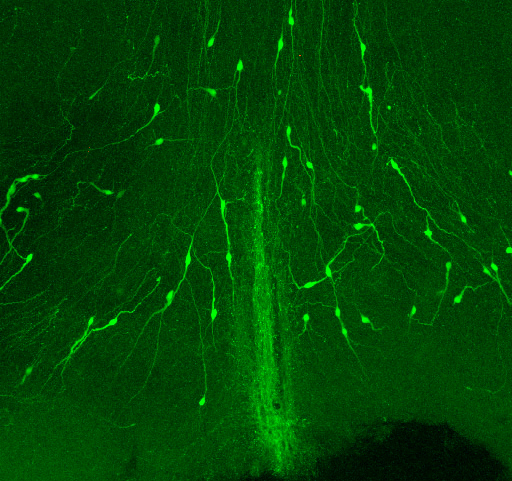 Having a child can be a real challenge!

It's estimated that a quarter of couples trying to conceive in NZ struggle to do so. Traditional thinking has placed an emphasis on things going wrong 'below the belt', with either the eggs or the sperm. But could it also be in the mind?

New research by Professor Allan Herbison's team at the University of Otago reveals the significance of the brain in conceiving a child. His research has shown that 1 in every 3 cases of infertility can be put down to a failure of the brain to send out the right signals.

Professor Herbison has discovered that neurons called Kisspeptins are responsible for fertility. Kisspetins have to send signals via the pituitary gland to the ovaries or testes every hour for conception to be able to occur.

This raises hopes that in the future, Kisspeptin could be used as a therapy in helping people conceive.  This hormone mechanism could also be manipulated as an effective form of contraception.

Why are video games so engaging? In one of 3 game-related deaths so far this year, a man was found dead after playing a video game for three days straight in Taiwan. Simon Parkin explores gaming in his book Death By Video Game: Tales of Obsession from the Virtual Frontline.

Naked Scientist Dr Chris Smith with the latest science news. Locating epilepsy in the brain and research on babies' ability to mimic sounds reveals the important role our tongues play in learning language.

Tech news with Peter Griffin: job losses at Twitter and how video on demand could be the reason that illegal downloading is declining in Australia.

The idea of transplanting poo is all a bit yucky, but there’s evidence it can help some people recover from some gut diseases. Now Canadian scientist Dr Elaine Petrof has developed synthetic faecal transplants in a project she's calling 'RePOOPulate', faeces that's grown in the lab eradicating the need for complex donor screening.

Simon Morton caught up with Dr Petrof at the 2015 NZ Science Festival.

The term 'The Internet of Things' was first used way back in 1999 and describes a network of connected objects embedded with things like sensors, chips, and RFID tags that can exchange information with other parts of the network.  This means these objects have their own identity or address on the network and can emit data from that location.

So now your fridge tells you when you need milk, your car books itself in for a warrant, rubbish bins tell the council when they are full and need to be emptied....so-called 'smart buildings' adjust their ventilation systems to cope with air pollution readings or changing temperatures.

But what about the privacy implications of internet enabled objects and the data they capture? Philip Howard looks at some of these challenges and the opportunities is his book 'Pax Technica - how the internet of things may set us free or lock us up'.