This Way Up for Saturday 5 September 2015 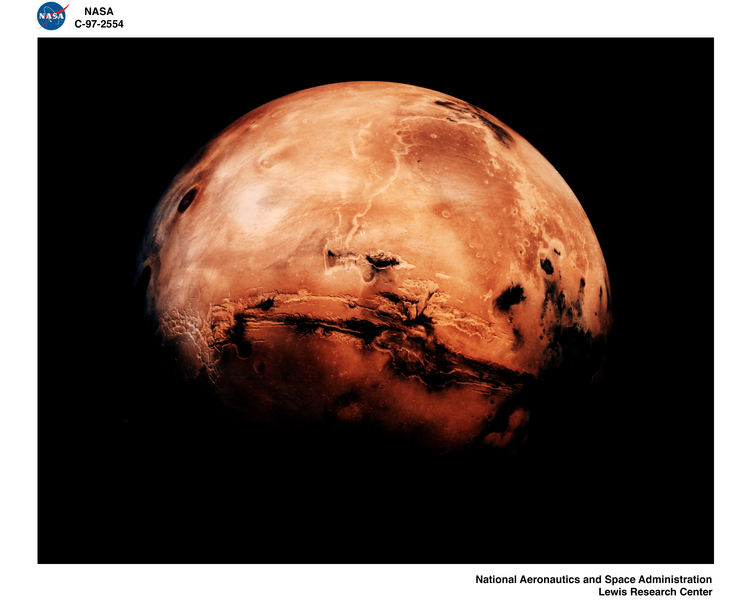 The northern hemisphere of Mars if marked by vast sandy plains, made up partly of red iron oxides. The jagged Valles Marineris canyon near the equator is nearly five miles deep and almost as wide as the United States. Image credit: NASA/Lewis Research Center 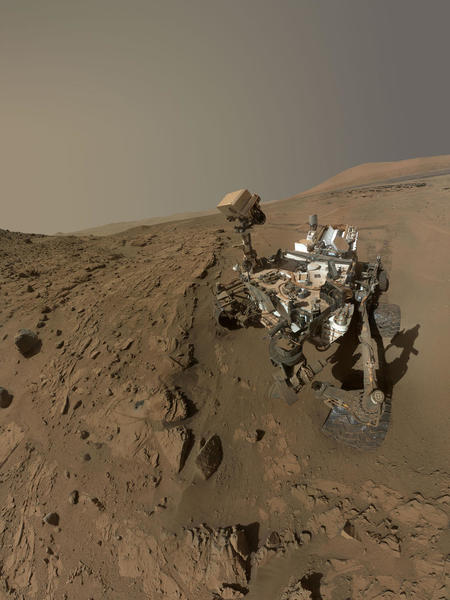 The Curiosity rover snaps a composite selfie while drilling a rock in a sandstone formation known as Windjana. Image credit: NASA/JPL-Caltech/MSSS 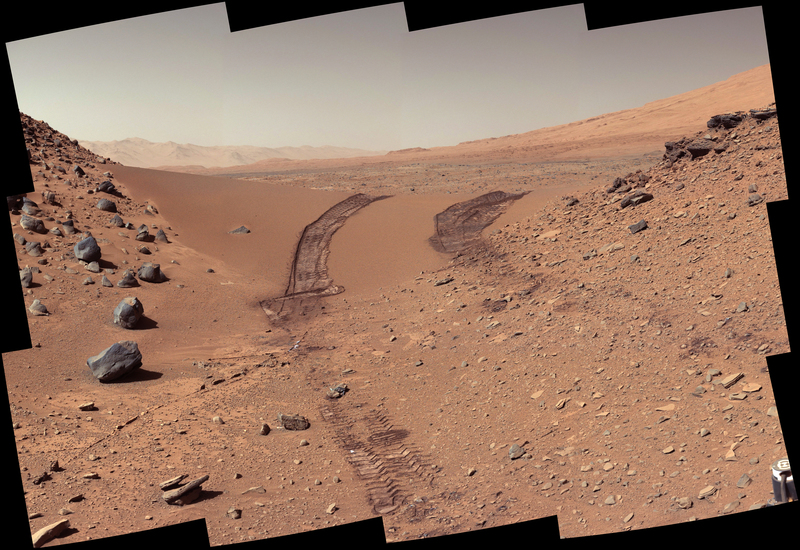 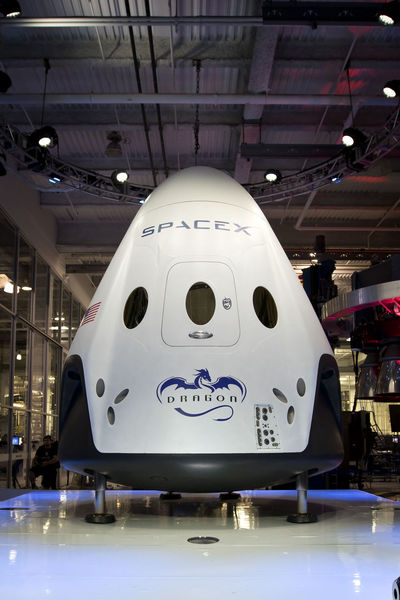 SpaceX designed the Dragon spacecraft for delivering crew and cargo to Earth orbit. CEO Elon Musk has a far larger and more complex spacecraft in mind for a Mars journey. Image credit: Courtesy of SpaceX 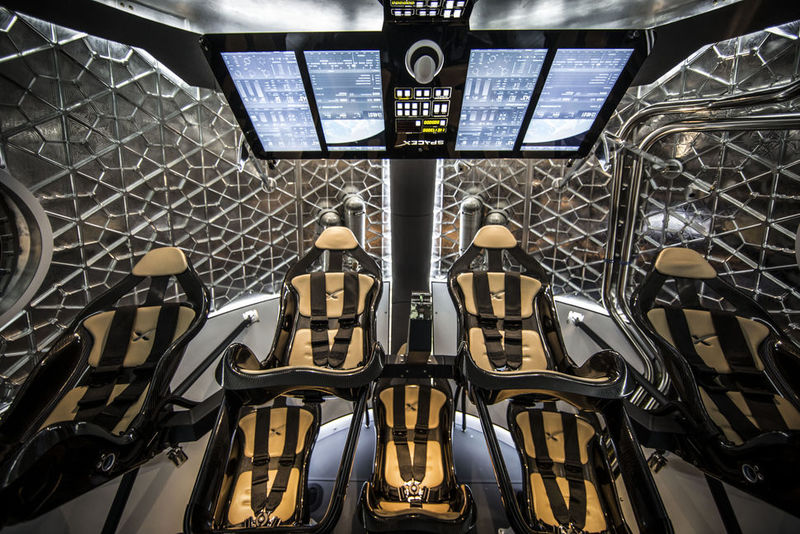 The Crew Dragon, Space X’s next-generation spacecraft, can carry seven astronauts. It is targeted to launch by 2017 under NASA’s Commercial Crew program. Inspiration Mars, a non-profit founded by Dennis Tito, has proposed using the Crew Dragon spacecraft for a 580-day husband and wife flyby of Mars in 2021. Image credit: Courtesy of SpaceX 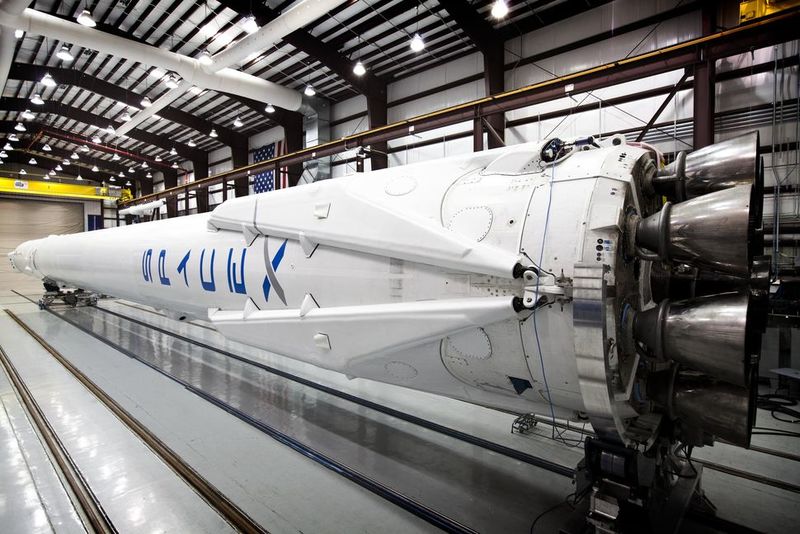 The SpaceX Falcon 9 rocket (pictured) and Dragon spacecraft completed six cargo trips to and from the International Space Station within the past three years. Currently in development, the Falcon Heavy rocket will be the most powerful rocket in operation and will be capable of launching manned flights to the moon and even Mars. Image credit: Courtesy of SpaceX 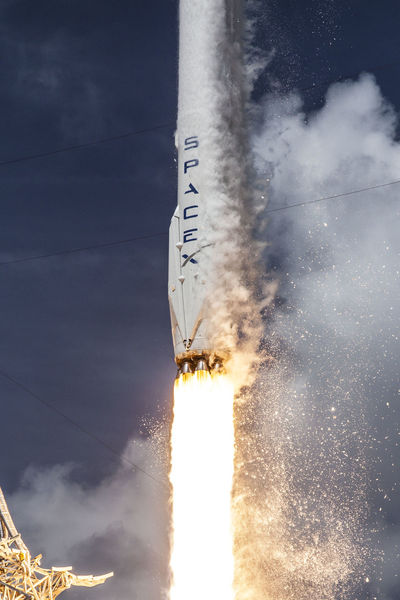 When a Falcon 9 rocket takes off, its first stage operates on nine Merlin engines designed by SpaceX. The rocket can lose up to two engines and still complete its mission. Image credit: Courtesy of SpaceX 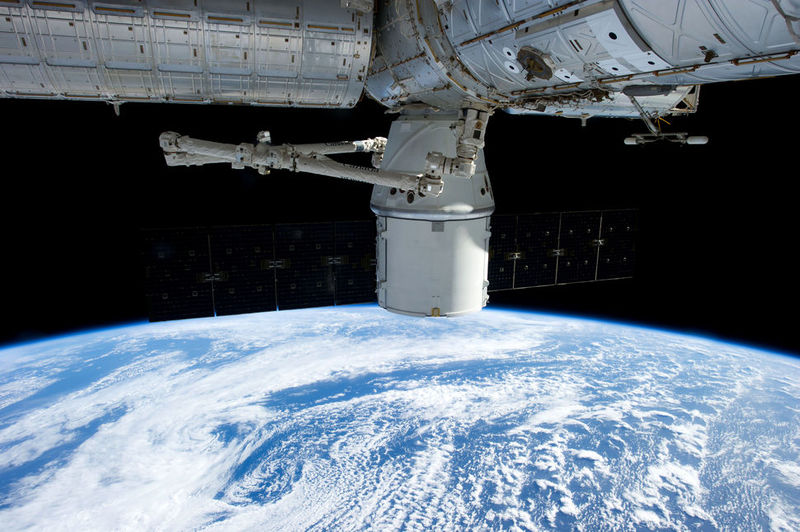 When the SpaceX Dragon spacecraft first berthed the with International Space Station in 2012, it proved that private companies could accomplish advanced feats of space travel that only governments had been able to do before. Image credit: Courtesy of NASA 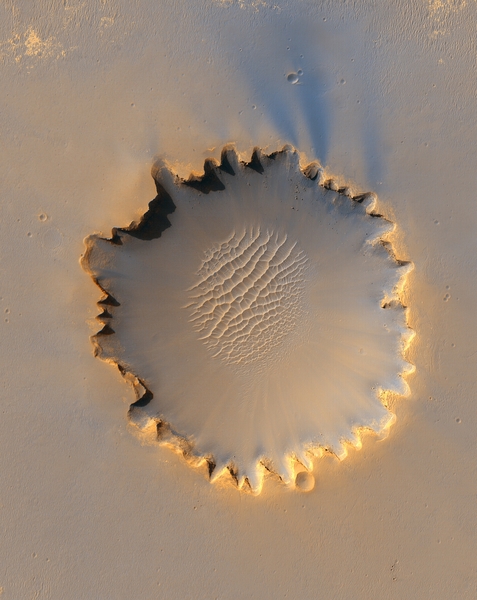 The half-mile-wide Victoria Crater contains so much geologic information that NASA’s Opportunity rover spent nearly a year inside it, examining exposed rock layers. The rocks revealed evidence that a wide network of groundwater shaped the Martian landscape long ago. Image credit: NASA/JPL-Caltech 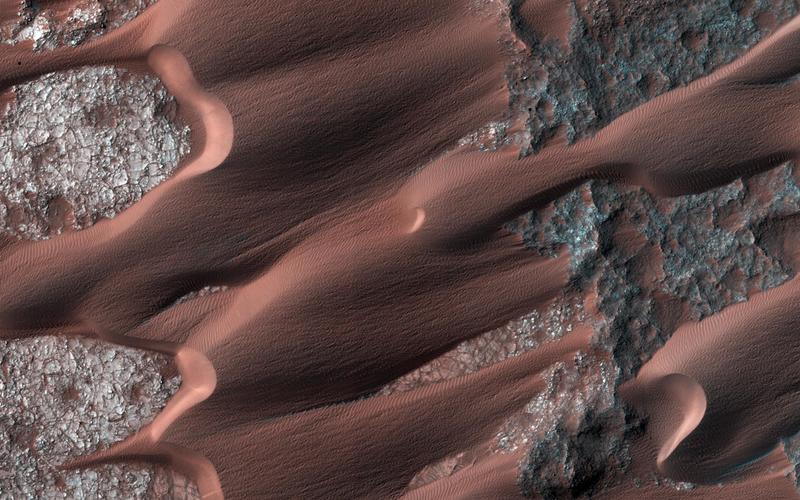 NASA tracks seasonal and annual variations in the Martian winds by watching active dune fields like this one. The dunes’ peaks can be up to a kilometer apart. Image credit: NASA/JPL-Caltech/ University of Arizona 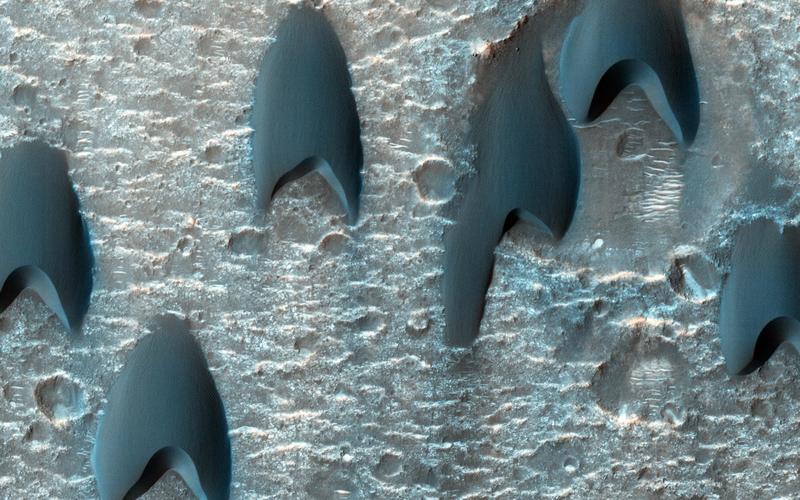 Wind shapes the dunes in this crater into a V-like formation, akin to migrating birds in flight. Image credit: NASA/JPL-Caltech/ University of Arizona 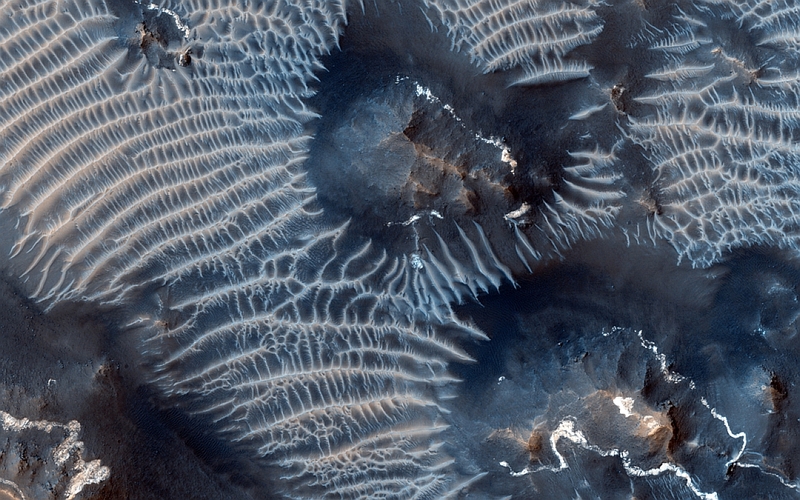 This rugged landscape in the magical-sounding Noctis Labyrinthus region of Mars shows a bright network of ridges juxtaposed with dark sand dunes. The dunes, which migrate across the planet’s surface with the wind, get their dark hue from iron-rich materials in volcanic rocks. Earth’s pale dunes are predominately quartz. Image credit: NASA/JPL/University of Arizona 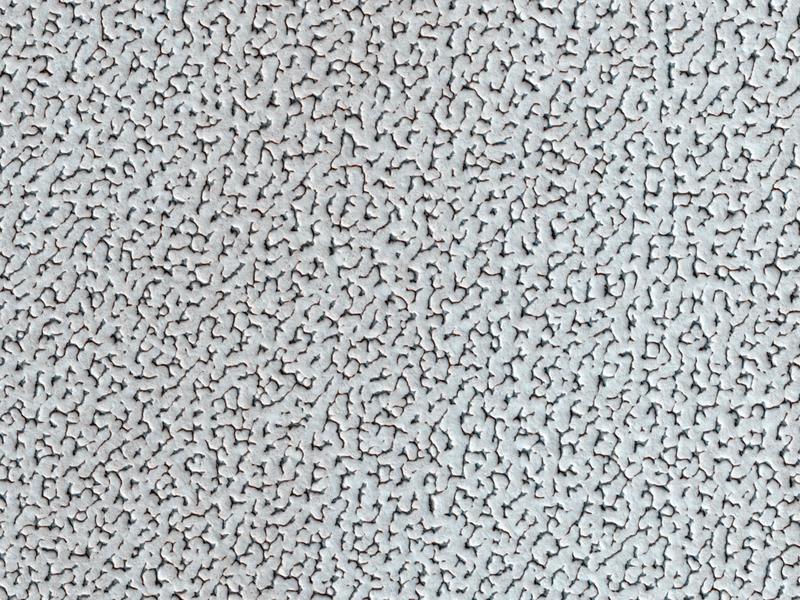 Water ice makes up most of Mars’s northern polar ice cap, providing clear evidence that the planet does possess the (frozen) liquid of life. Image credit: NASA/JPL-Caltech/ University of Arizona 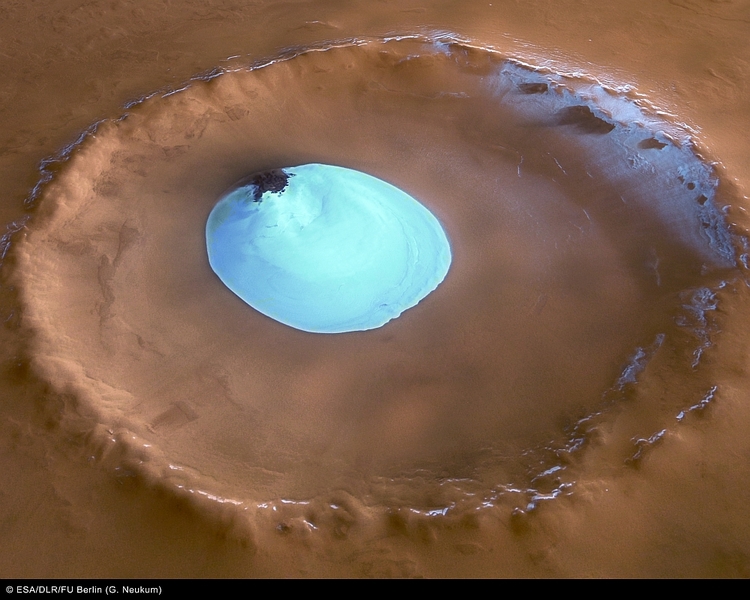 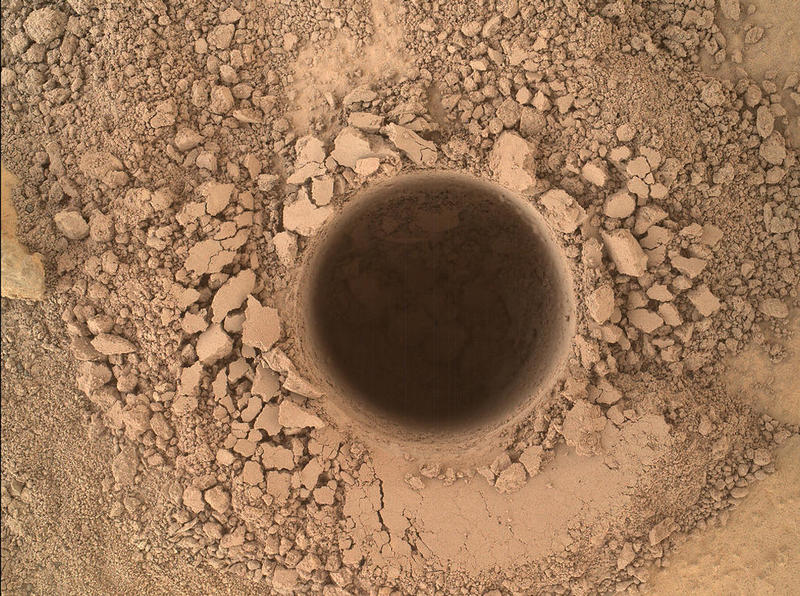 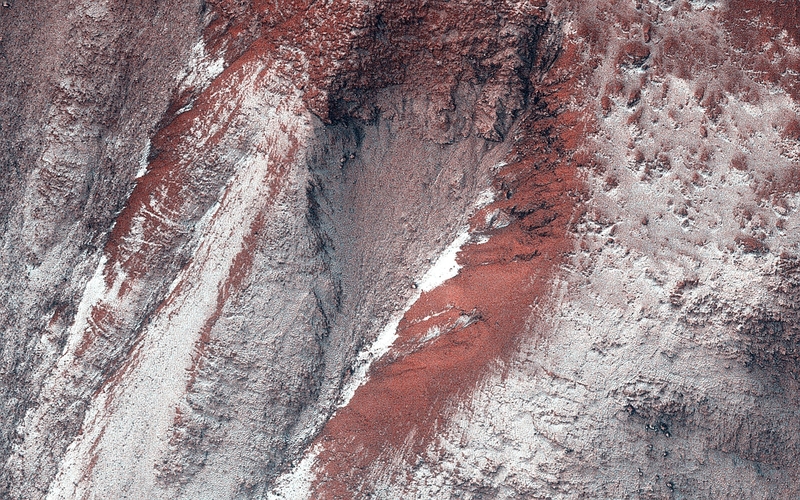 The frosty guillies on Mars, dusted mainly with frozen carbon dioxide (dry ice), but also a touch of frozen H20, are further evidence that the planet has water. Image credit: NASA/JPL-Caltech/ University of Arizona 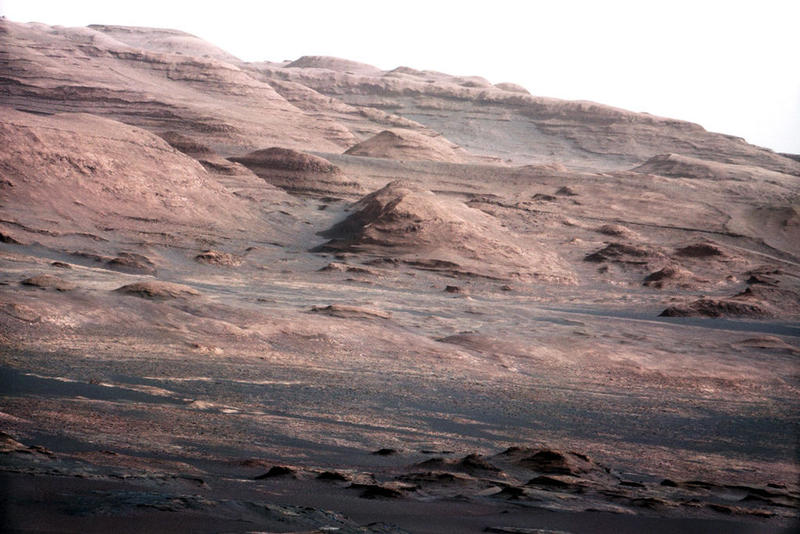 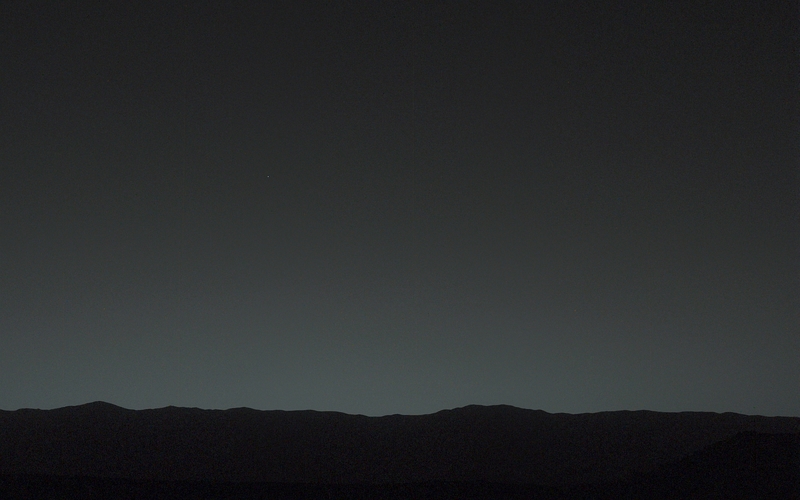 A little speck of white light in the Martian twilight, just left of center, is our Earth. Image credit: NASA/JPL-Caltech/MSSS/TAMU 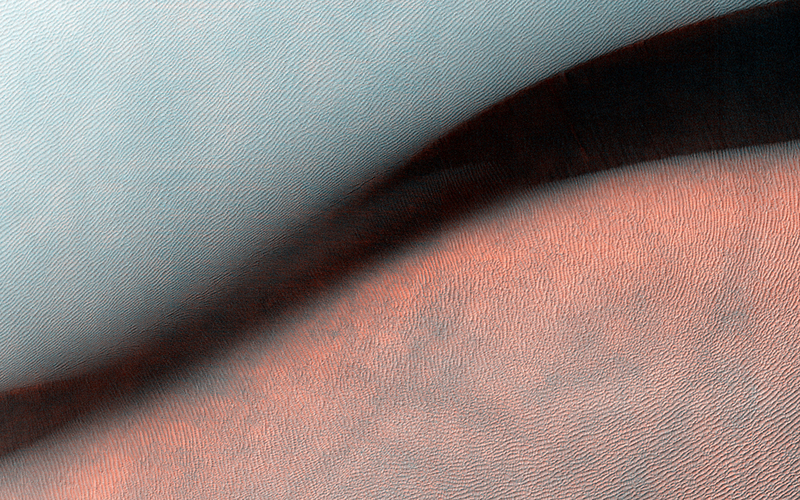 Light and shadow accentuate the outline of a draa, the largest class of Mars’s sandy, wind-forged landforms. This draa has a wavelength of more than half a mile and probably formed over thousands of years of more. Image credit: NASA/JPL/University of Arizona

Putting someone onto Mars is likely to happen in the 2030s according to NASA. But the privately funded commercial space sector, backed by technology entrepreneurs like Jeff Bezos and Elon Musk, looks likely to manage it a lot sooner than that. So why the quest to get to Mars, and what's the rush of getting people to live there?

Stephen Petranek considers these and other questions in his book How We'll Live on Mars. 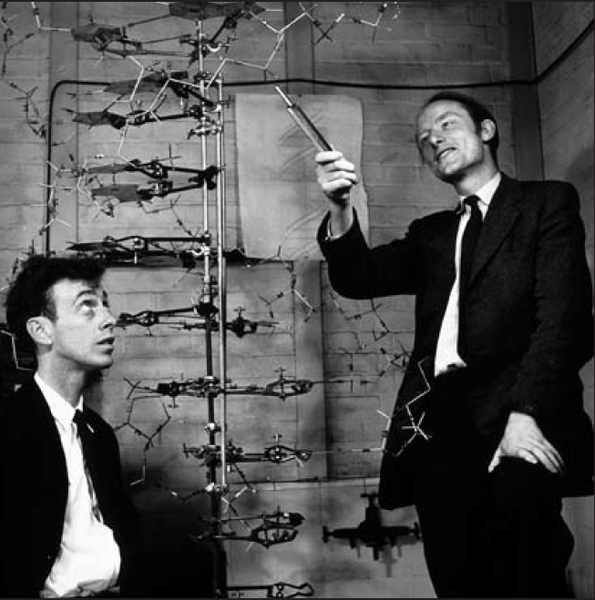 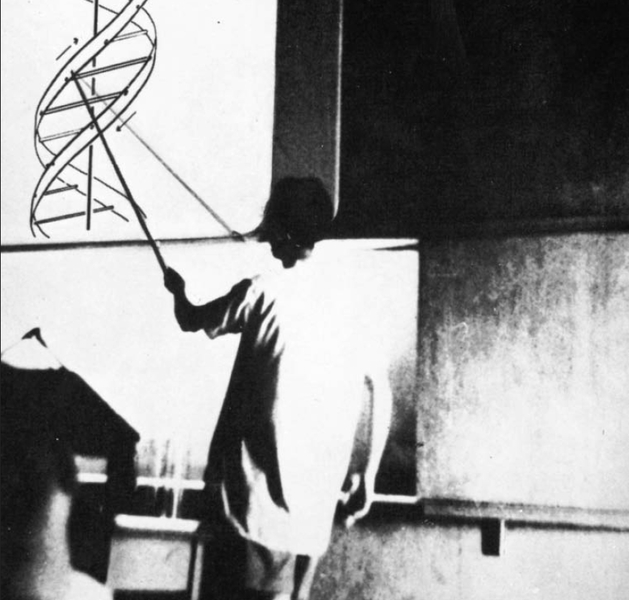 Jim Watson describes the double helix structure of the DNA 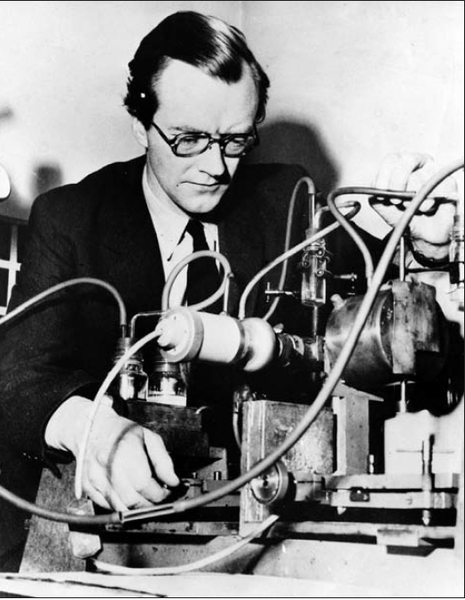 Maurice Wilkins with an X-ray crystallography apparatus in the 1950s 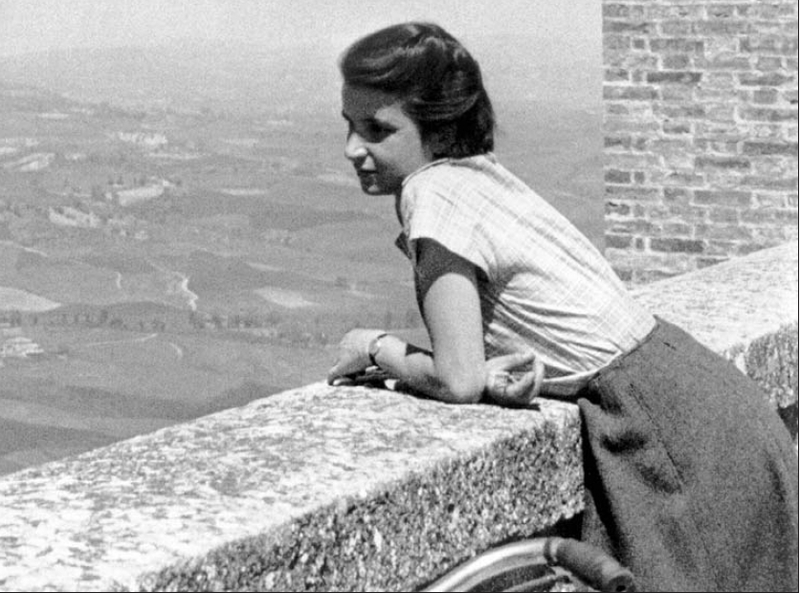 Rosalind Franklin on holiday in Tuscany, 1950

More than 60 years ago Francis Crick and James Watson, with the help of Rosalind Franklin and New Zealander Maurice Wilkins, first described the structure of the molecule that we now know as DNA.

The double helix, a bit like a twisted ladder, has become a symbol for life, and underpins so many of today's discoveries in fields like biology and medicine. Matthew Cobb is a professor of Zoology at the University of Manchester.

In his book Life's Greatest Secret: The Race to Crack the Genetic Code he tells the fascinating story of the privately funded groups working on the challenge of discovering and then deciphering the code. 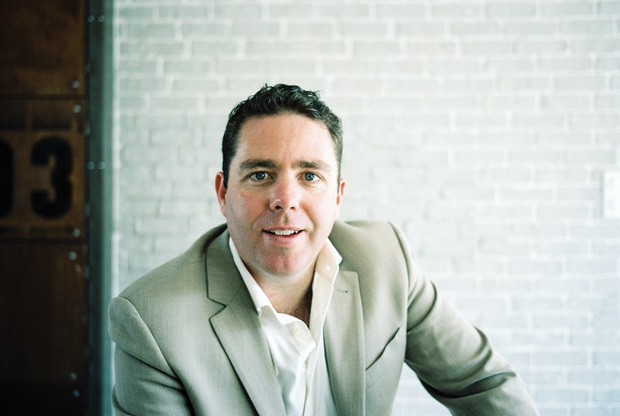 Technology news with Peter Griffin. The online retailer Fishpond gets a big fine for selling illegal electronics, and a tech giant pushes to make our homes and offices truly wireless. 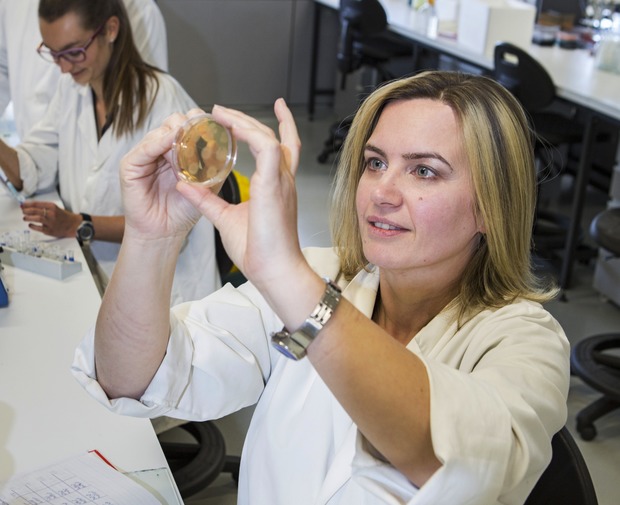 Dr Brigitta Kurenbach and Dr Jack Heinemann from the School of Biological Sciences at University of Canterbury have been researching the effects of using common garden weedkillers on bacteria. They've discovered that bacteria become more resistant to antibiotics in the presence of herbicides.

Forensics: The Anatomy of Crime 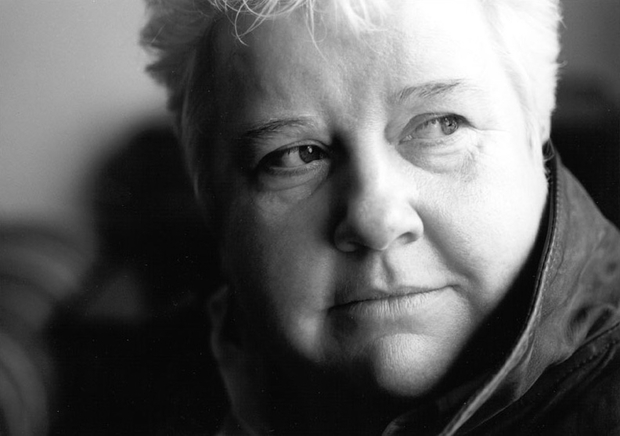 The Scottish crime writer Val McDermid has sold more than 10 million books around the world. Her latest book is a study of the history and science of forensics; those tiny clues from DNA to specks of pollen that betray where we've been and what we've done while we've been there.

Forensics: The Anatomy of Crime is published by Profile Books and Wellcome Collection.