Could we be entering a post-password era?

With widespread concern about cybersecurity, hacking attacks and identity theft 'password123' just isn't going to cut it. Meanwhile, waiting on an automated phone line trying to remember your grandmother's maiden name and inputting your account details ad infinitum can soon lose its appeal!

So businesses and government agencies worldwide are trying to find new ways to quickly and safely authenticate their customers' identities in a networked age; retina and fingerprint scanning, personal chip-and-pin readers, and gesture-based identification systems are just some of the options being used.

But increasingly it looks like the answer could be found in the uniqueness of the human voice. Voice biometric or 'voice print' technology takes a sample of your voice and uses a sophisticated algorithm to analyse it and match it so you can securely transact with your bank, insurance company or with a government department.

The use of voice biometrics has grown rapidly. The Associated Press reports this week that an estimated 65 million voice prints are being held by government agencies and businesses worldwide.

Voice print technology has been enthusiastically adopted in New Zealand too. Inland Revenue says 1.2 million of its customers have signed up to the service since 2012, giving it "the highest rate of voice biometric enrolments per capita in the world". Meanwhile, Bank of New Zealand says it has 110,000 customers enrolled, and 30,000 people using it every month.

The time savings sound impressive too, with Inland Revenue claiming that voice identification saves each customer using it about 40 seconds per call, equating to a "staggering time saving of 8,500 hours each year".

Of the 10 major banks, insurance companies and telecommunications providers contacted by Radio New Zealand, no one else is using voice biometrics to identify its customers at present. But it's clear that there's plenty of interest in using the technology in the future.

The people developing and selling the technology are adamant their systems are secure and cannot be fooled. Clive Summerfield is the Founder and Chief Executive Officer of Auraya Systems in Sydney. Its Armorvox voice biometrics system is the one being used by Inland Revenue and BNZ. Mr Summerfield says the system works perfectly in 95% to 99% of cases, and has never been tricked by an impostor.

But concerns have been raised about the privacy and security implications of all this voice biometric technology. Ed Pilkington of The Guardian has explored some of these fears.

Speaking to This Way Up's Simon Morton, Mr. Pilkington says "I think all of us including experts in this area are behind the curve when it comes to the use of voices as a form of identification. At its most benign, a form of password or a form of authentication of an individual. At its most threatening potential, a new potential front line in mass surveillance of individuals by companies or by governments around the world."

So how worried should we be about the more widespread introduction of voice biometrics in our dealings with businesses and government? Souella Cumming, a privacy law specialist and partner at KPMG Advisory in Wellington, says New Zealand's existing privacy and data protection laws should be adequate to ensure that your personal information is not disclosed to third parties, or used for other purposes without your consent. But she says it does still pay for individuals to ask questions about what their information will be used for, if it will be shared with others, and how long it will be kept for.

Naked Science with Dr Chris Smith; two exciting bits of research that explain how we learn things, and how we can keep our brains youthful.

We head inside 'The Dark Net', taking a journey into the digital underworld with author Jamie Bartlett. 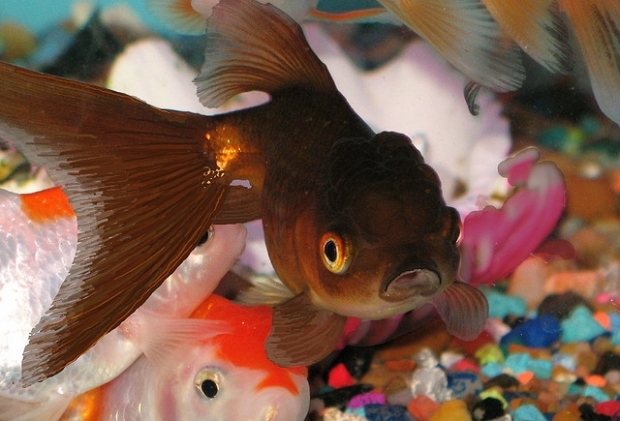 Phil Delamore is a goldfish collector who cleans and maintains 600 aquaria in doctor's and dentist's waiting rooms up and down the country.