How is artificial light changing the world we live in? We're speaking to Paul Bogard about his book "The End of Night" and to astronomer John Field of the Carter Observatory.

Peter Griffin with a users' guide to the latest online security threat called Heartbleed, and a new survey on New Zealanders downloading and streaming practices. 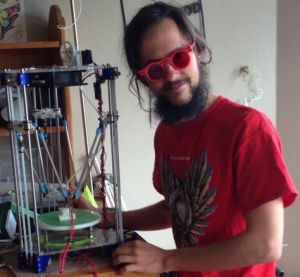 You can buy an off-the-shelf 3D printer for your home or shed today but it's fair to say that 3D printers haven't become that must-have domestic appliance. Roberto Carvalho loves 3D printing and he's taking things to the next level. He builds his own 3D printers at home from scratch, and is developing a system for local schools to have 3D printers.

The Street Child World Cup has just taken place in Brazil, aiming to highlight the plight of children sleeping rough worldwide. Jo Griffin was there.

Itamar Simonson is a Professor of Marketing at Stanford University, and in his book Absolute Value he argues that brands are becoming less important in the digital age.