Lead poisoning is one of the biggest threats to New Zealand's ultra curious alpine parrot which is now nationally endangered with only an estimated 5,000 left.

As we reported on Saturday on The Weekend, a seriously underweight kea is recovering in Christchurch's South Island Wildlife hospital from lead poisoning, one of many over the years to suffer after injesting the material that's strewn around the kea's South Island territory. 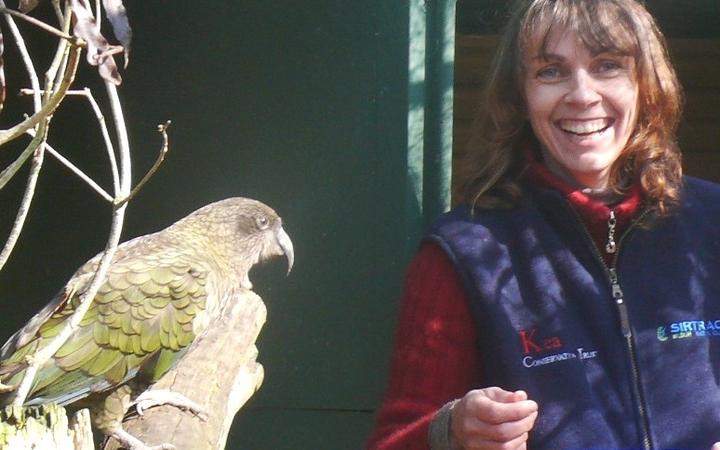 One of the Clown of the Alps' main champions is Queenstown's Tasmin Orr-Walker, co-founder of the Kea Conservation Trust, joined Lynn Freeman and says the lead poisoning issue is a major concern.

“It’s absolutely massive and it’s South Island-wide. When you look at the extent of the issue, it’s not just conservation huts in back country areas, it’s also private baches in Arthur’s Pass, whitebait huts on the West Coast, it’s riddled all through the high-country sheep stations. It’s a big job getting rid of it.”

She says people are getting on-board to help and there are volunteers coming forward who want to do what they can to help kea.

“We’ve also got companies who’ve come on board, for instance roofing companies, who’ve put their hands up to help out which has been fantastic.”

It’s not just kea affected by lead poisoning, tui in Wellington have been put in hospital, and the kakapo population is struggling to recovery numbers.

“It’s one of those hidden problems that we haven’t really recognised as an issue in our wildlife until we started looking for it. Lead wasn’t looked for in kea until about 2006… once that information came to light, it started to explain some of the issues we were finding with kea that were coming in.”

The good news is that kea had a strong breeding season in the past year and pest control measures have improved significantly. But the unusual parrot is far from out of the woods.

“Anyone who works in conservation has frequent moments of despair and that’s why there’s huge importance in having strong teams around you. We’re very lucky at the kea conservation trust that we have such a passionate, driven team.”