The Weekend with Emile Donovan for Sunday 18 January 2015

Writer, director, and actress Lena Dunham says that while there are a lot of people she loves on Twitter, it’s impossible to find them without reading things telling her that she should be “buried under a pile of rocks”.

Social media like Twitter isn’t all negative, though, and for some people it is a constant, and comforting, presence in their daily lives.

For the Wireless Megan Whelan wrote about her experiences with the Moment app which monitors how much people use their smartphone.

The last of our regional profiles takes us to Southland and Queenstown - what does the future hold for these two neighbouring but oh so different parts of the country?

Mediawatch's Colin Peacock heads a panel trying to work out what some of the future manoeuvrings in politics and the media may be. The ABC's Melissa Clarke speaks about the effective criminalising of media coverage of intelligence operations in Australia, and whether the Australian media are still worried about this legislation in the light of the recent Sydney siege.

In the final of The Weekend's sports series we're looking at those keen kids with the ability to one day represent their college, their region or even New Zealand on the podium. Competitive sport is a long haul, demanding heaps of commitment from children as well as thier families, with many bumps on the road, not least puberty and cost. So how can we keep kids in the game, or on the track, or on the court? What can parents do to help and how do girls in particular fare?

Previously on our home ownership series The Weekend looked at the sometimes overwhelming and costly aspect of getting building consents and codes of compliances. Now we go right back to the drawing board and focus on extending, or even building a house.

The last Musical Dynasty  features some of New Zealand's top musical talent in the form of the Nielson family. Dad Chris has played horns with an array of acts, as well as jazz groups, including The New Fuse Box. Brothers Ruban and Kody co-founded seminal experimental punk band The Mint Chicks. Kody has gone on to work as a producer, and released records under his own name and as Opossum. Portland, Oregon based Ruban has had a lot of success in America, in his hard touring band Unknown Mortal Orchestra. 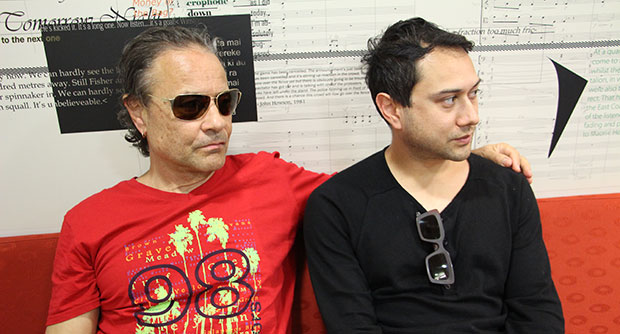 Despite often aired concerns about inadequate funding for science in New Zealand, we're managing to hold onto a reassuring number of world class scientists.

Two of them are based at Otago University - Professors Alan Herbison and Stephen Robertson.
Alan returned to New Zealand from Cambridge University to set up a centre to study how mechanisms in the brain control reproduction. In a recent breakthrough his team identified signals in the brain that can turn fertility on or off.

Stephen was at Oxford but came back to set up a Clinical Genetics Laboratory at Otago. Its goal is to identify possible genetic causes for some rare conditions that strike some families. 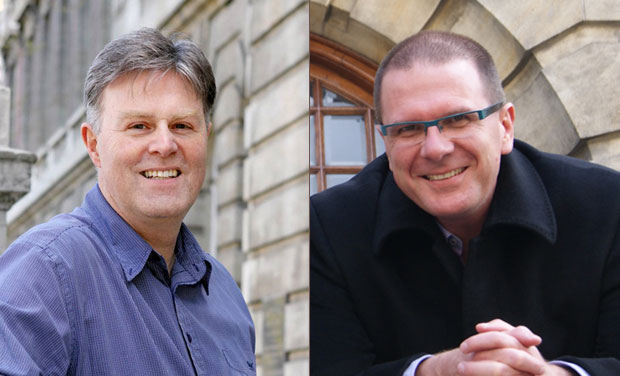 Surely the hardest part of owning a pet is if you have to make the decision to have it put down because of age, illness or injury. Only owners can make that decision, with the advice of their vet. There's also having to cope with the loss, especially when your relationship with your pet has been a long and happy one. Lynn Freeman talks with Auckland Animal Behaviourist Dr Elsa Flint. Organisations trying to save Malaysia's wildlife are reporting a downturn in international volunteers signing up because of the recent airplane tragedies in the region. That's making a difficult task near impossible. Wildlife poaching in Malaysia is largely behind the near extinction of the Malayan tiger, along with habitat destruction.

The organisation MYCAT is making a difference by having volunteers walking through poaching hotspots in the jungle, searching for snares or signs of poachers.

If the worst happens do you want you life support switched off? It's an intensely personal question but ultimately that decision is out of your hands - it's up to your doctors and your family to choose. One way you can try to influence their choice is through written instructions called an advanced directive or living will. But in the words of the chair of the propery section of the law society - Andrew Logan, - living wills are "not worth the paper they are written on".