'George's Podcast' is one you'll want to hear

Can a podcast be a vehicle for social change? Spoken-word poet George Mpanga – aka George The Poet – explores that question in the unique,  award-winning show Have You Heard George's Podcast? 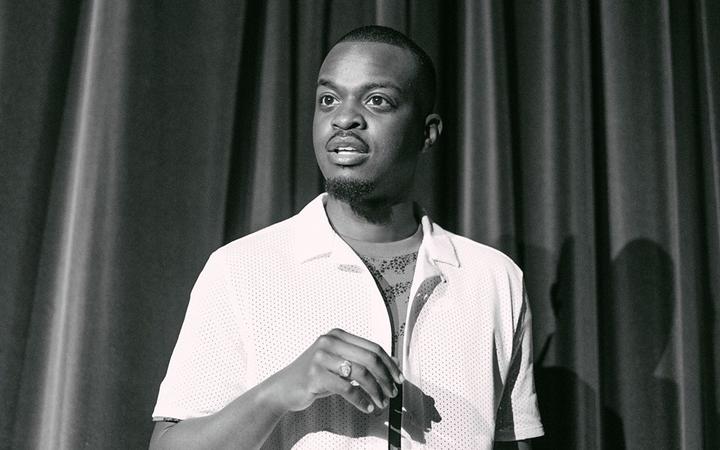 Blurring the lines between music, social commentary, poetry, journalism and fiction, George's show has just cleaned up at the British Podcast Awards, winning 5 golds including Podcast of The Year.

George The Poet is a 28-year-old Londoner of Ugandan heritage. He studied at Cambridge University and one of his spoken word poems introduced the BBC's coverage of the Royal Wedding last year.

Realising the long-form possibilities of the podcast, George crafted eight episodes of the show over months in the studio with his collaborator and co-producer Benbrick. And crafting is the right word. Have You Heard... weaves together specially composed music, multiple voices, time shifts, and immersive sound design.

You hardly even notice that George is writing everything in rhyming couplets.

The show takes on some meaty topics too – policing, institutional racism, teacher shortages, the role of music, and in one memorable episode, the Grenfell Tower fire.

You can listen to all eight episodes of Have You Heard George's Podcast? here.