Finding Drago: the search for a mysterious writer

Aussie film geeks and comedians Alexei Toliopoulos and Cameron James are big Rocky fans, and they got seriously obsessed with some fan fiction that follows the film franchise. It's a book about Ivan Drago's life after Rocky 4 called 'Drago: On Mountains We Stand' and it's written by a mysterious author called Todd Noy. 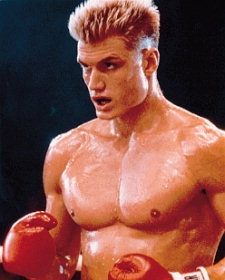 Noy seems to be a former sports journalist, he might have won a Pulitzer prize, he's reported to have disappeared in the early Nineties, and he also appears to have a son called Quince.

In 'Finding Drago' they go on the hunt for Todd Noy and explore some of the motivations of the people writing this kind of fan fiction. We play some of Episode 2 'The Search Begins' from Finding Drago from the Australian Broadcasting Corporation, presented by Alexei Toliopoulos and Cameron James.