Serial's coverage of a Baltimore murder case became a notable moment in podcasting history, the medium's first crossover entertainment hit when it started in 2014.

But Season 2, a more nuanced story about the US serviceman Private Bowe Bergdahl who was held by the Taliban for 5 years in Afghanistan and Pakistan, didn't quite hit the same heights.

Serial's Season 3 started last week, and three episodes in nobody can accuse the team of lacking ambition, or of trying to revert to a tried and tested formula. Because the subject- the US criminal justice system- couldn't be much bigger, or more complex.

Whereas Season 1 focused on one single, extraordinary case, Season 3 looks at the often humdrum, high volume world of daily life in the hulking Justice Center in Cleveland, Ohio for insights into how the wider machinery of justice is working.

Given free rein to record throughout the courts and their corridors, the reporting team of Sarah Koenig and Emmanuel Dzotsi spent more than a year gathering material. And they've uncovered an often unseen world of plea bargains and wheeling and dealing, where the vast majority of cases never get to trial, where right and wrong can get lost in the push for a speedy outcome, and where judges can exercise broad powers with little oversight.

Meanwhile there's an entrenched and very visible racial component to this too, a divide between the primarily black defendants and the predominantly white lawyers and judges who try them and represent them. So in Episode 1 a shameful truth is spelled out: 'it never helps to be black, it never hurts to be white'.

We play some of an early scene in Episode 1  "A Bar Fight Walks Into the Justice Center" where Sarah Koenig takes the lift that carries everyone around the Justice Center's cluster of multi-storey, brutalist, concrete towers.

Also an excerpt from Episode 2 called "You've Got Some Gauls" with Emmanuel Dzotsi spending time in the courtroom of an outspoken Judge called Daniel Gaul at the sentencing of a 19-year-old man convicted for driving a stolen car after a police chase. 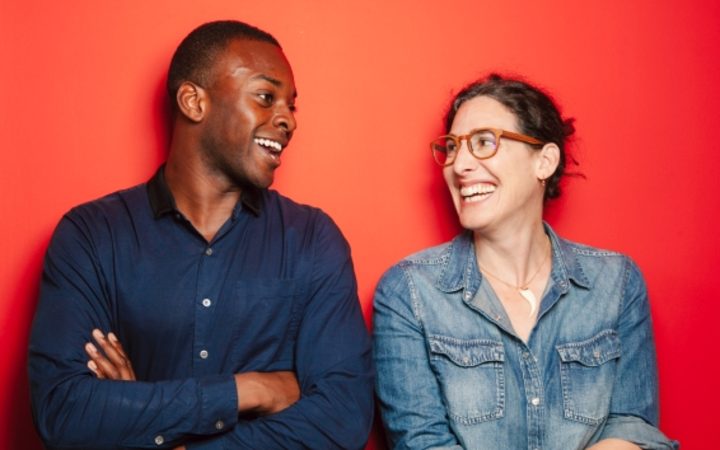