'The Document' explores how to cover a free solo climb of a 1000 metre vertical rockface, and speaks to the doco maker who profiled a homicidal African dictator. 'The Untold' takes listeners right Into the middle of life-changing stories. Finally, 'Nancy' presents a variety of stories about "queer experience today".

'The Document': meeting a murderer

'The Document' (KCRW) is a recent discovery that mashes together the worlds of documentary film and audio. In interviews with some of the world's top documentary makers, it uncovers great stories about how they do what they do; for example, how they get access to their subjects, or manage their sometimes difficult relationships with them.

We feature two clips. 'The Yellow Laugh' is all about the challenges facing film-maker Barbet Schroeder in 1974 in the making of "General Idi Amin Dada: A Self Portrait", about the Ugandan dictator whose brutal regime caused the deaths of hundreds of thousands of people in the small East African country in the 1970s.

Then Matt Holzman speaks to the directors of 'Free Solo' about one man's death-defying attempts to solo climb the famed 1,000 metre vertical rockface El Capitan in the Yosemite National Park (without even a rope for company!).

'The Document' from KCRW is hosted by Matt Holzman, who produces the show with Sara Pellegrini and Mike Schlitt.

Imagine getting right into the middle of a true story developing around you while you're listening. That's the narrative approach taken in 'The Untold', a BBC show telling stories about life in modern Britain.

Its team of producers seem to have a super power. They're able to find people going through significant life events, and persuade them to talk about it all while it's still happening.

The stories are resonant and universal and I've enjoyed recent ones about plans to build a local homeless shelter, someone who's learning to ride a bike aged 33, and the battle that small shops have to survive in the run up to Christmas. Another good one is called 'Van Life'- all about a woman who's looking for adventure by travelling around and living in a van after her son goes off to uni.

The overall sound and feel is very different from the way these stories normally get told to us in Podcast-land; usually using audio recorded and edited together after the fact, with a narrative provided by someone (usually sitting in a studio) who already knows the eventual outcome. Stories in 'The Untold' can develop in unexpected directions, so the uncertainty and the sense of jeopardy feels real.

We play some of an episode called 'Be My Baby' about a man-about-town called Thomas, who's in the middle of a potentially life-changing experience. 'Be My Baby' from 'The Untold' is presented by Grace Dent and produced by Sarah Bowen for BBC Radio 4. We also speak to Sarah Bowen, who's been working on the show since it started 3 years and about 100 episodes ago. 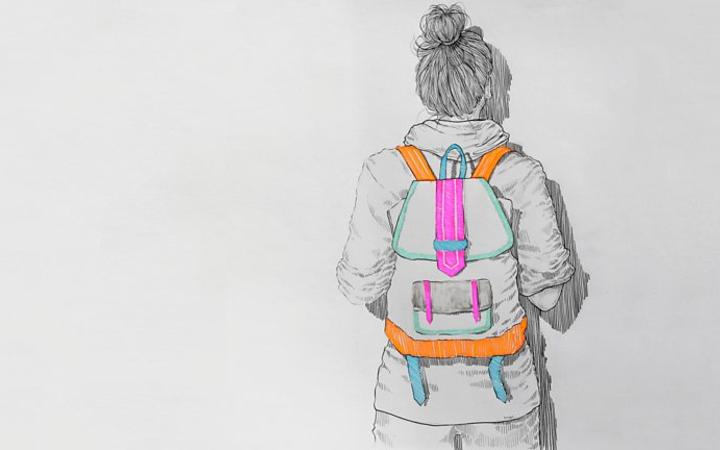 “I have to be there when somebody loses their job, or gets a home, or finds out their husband's been having an affair. And so that's what makes it so compelling. And that's what we try and do, get people into a story that they can't switch off.

“But equally, that's what makes it so hard to make in many ways, because you have to find the ballerina before she falls off the stage.”

Thomas’ story was one that she had always wanted to tell, Bowen says.

“It took me about six months to find him. I rang most of the DNA testing labs in the UK and tried to explain to them what I wanted to do and why.

“Most of them said no, but Alpha Bio Labs said they'd think about it and about four months after our first phone call, they started to come back with potential people. And one of them, Thomas, delightfully wanted to take part.”

Not everyone goes through with it, she says.

“Usually when people pull out, I kind of agree with them that they shouldn't be doing it. But it doesn't happen as often as you think it would. You get a level of trust that I find absolutely extraordinary making these programmes, and when people give their stories to you, you have to treasure them and look after them and respect what they've done, and tell them in the best way that you both feel is right.”

What's On Your Headphones? Some of Untold producer Sarah Bowen's favourite podcasts:

Have You Heard George's Podcast?

The Beef and Dairy Network

A true story about fathers and sons: and what's the real reason why a dad won't accept a donated kidney from his gay son?

'Nancy' is a show that, to use its own words, offers "...stories and conversations about the queer experience today". It's hosted by two best friends- Tobin Low and Kathy Tu- and it's a warm, funny, frequently moving look at people at various stages along the road towards accepting who they are, and who they want to be, even if that doesn't always square with the expectations of their family, or of society at large.