The Podcast Hour for Saturday 4 May 2019

A powerful history of Whiteness and race: 'Scene on Radio' 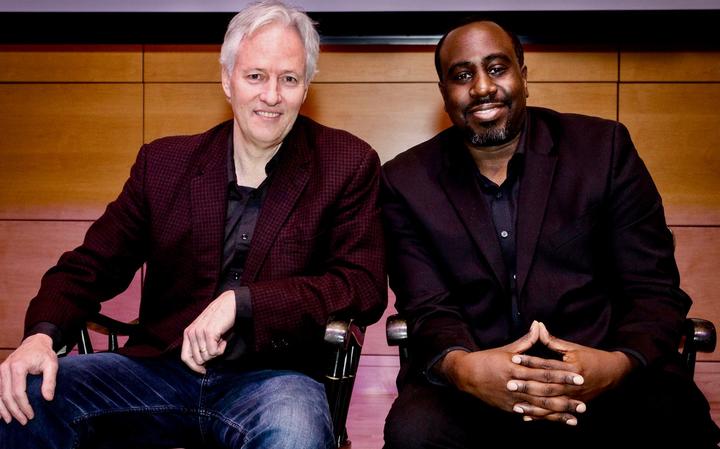 A white guy takes the idea of 'Whiteness' in modern US society and uses it to explore where our ideas about race come from, and what they mean today. In today's racially charged times, it sounds like a pretty bold (even foolhardy) move.

But John Biewen doesn't let the scale of the project, or its potential for controversy, put him off. Over 14 episodes of the series 'Seeing White' from the show 'Scene on Radio', the former public radio reporter turned academic enlists the help of some prominent historians, thinkers and writers, including his friend Dr. Chenjerai Kumanyika who offers up some perspective from a Person of Colour, and calls out any of Biewen's cultural blind spots.

We play some early clips from episode 2 called 'How Race Was Made' and episode 3 of Seeing White called 'Made in America' from Scene On Radio presented by John Biewen from the Center for Documentary Studies at Duke University. 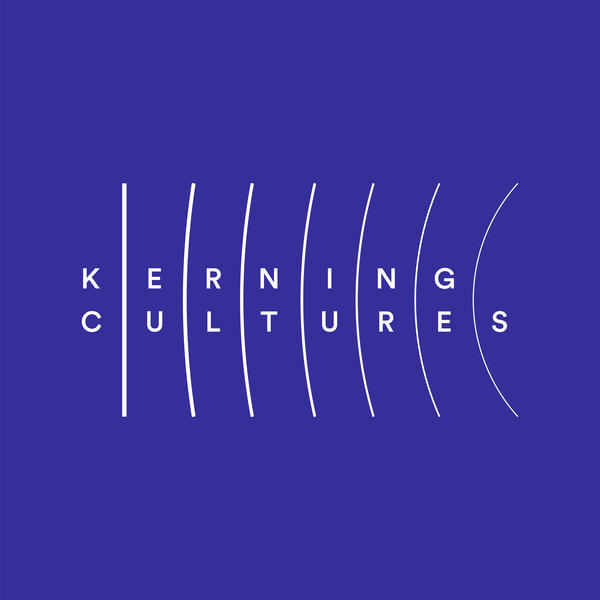 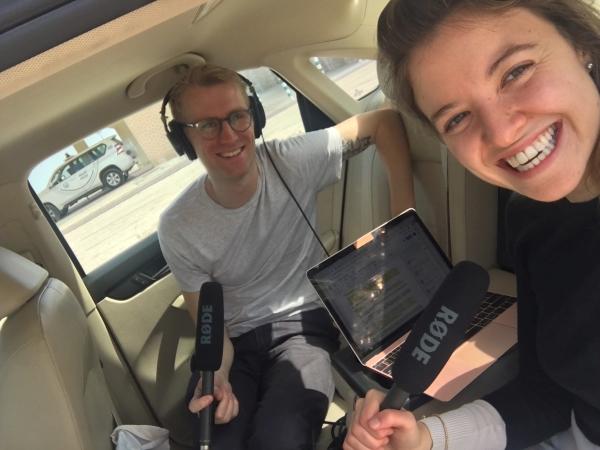 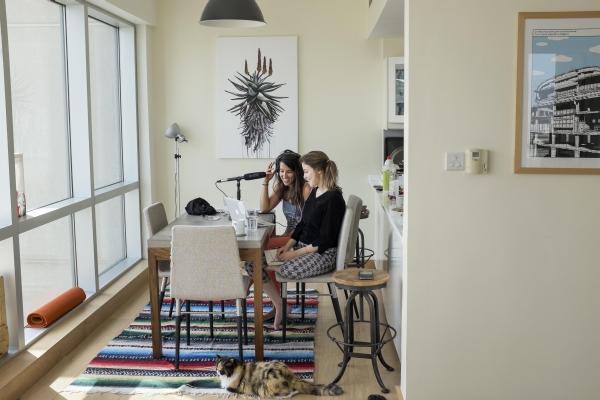 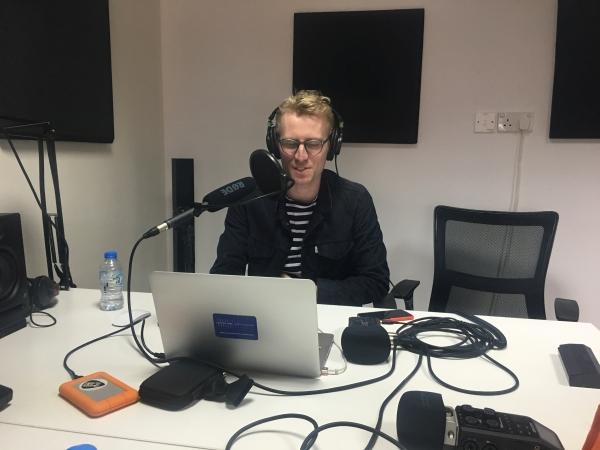 Alex Atack of Kerning Cultures in the studio (Supplied) 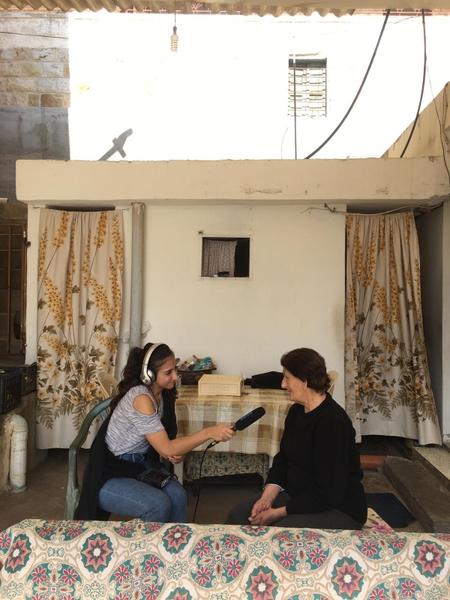 'Kerning Cultures' is a podcast showcasing interesting audio documentaries from the Middle East.

I've enjoyed recent stories about one man's mission to visit the 47 towns called Lebanon in the USA, a potholing trip down the deepest underground cave in the world, and one all about the Arabic version of Sesame Street called Iftah Ya Simsim.

We share an example from Dubai. It's now a futuristic, skyscraper-studded metropolis but people still remember the time not so long ago when it was just a small trading port without an airport, a time when you could just walk out of your front door and go and play in the sand dunes.

One relic from this bygone age was the Plaza Cinema- it opened in 1972 but was torn down for a new development in 2015. Producer Alex Atack tracks down some of the people involved with setting the cinema up, people like Lachman Bhatia whose father started renting out Bollywood movies and showing them on an old 16 millimetre projector.

'A Cinema, Demolished' from Kerning Cultures is produced by Alex Atack and Vinita Bharadwaj, and edited by Dana Ballout and Hebah Fisher. 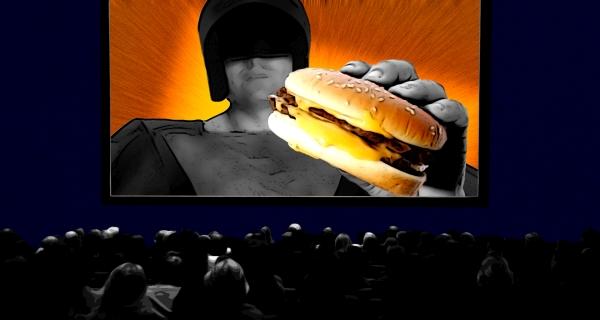 With ad blockers, premium streaming services, and set top recorders, it's never been easier to avoid the adverts in the films and shows we enjoy.

So product placement- getting that thing you're trying to sell on screen, or even better into the hands of one of the major characters- is getting more important.

The Food Chain from the BBC's World Service looks into the past, present and future of product placement as a way of advertising what we eat and drink in an episode called 'Is Product Placement Getting in Your Face?' presented by Emily Thomas. 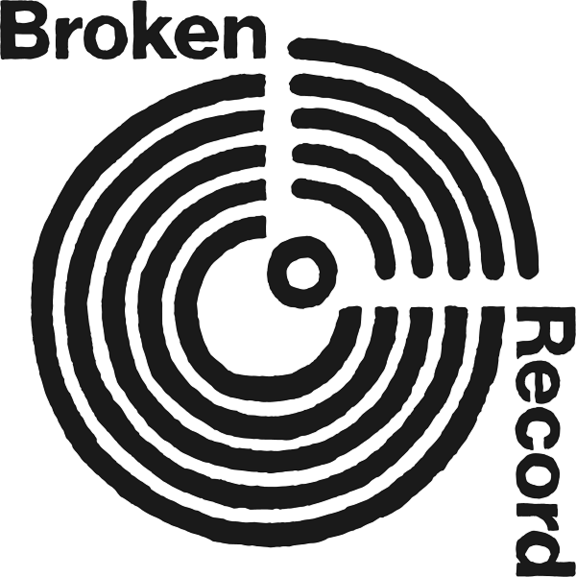 Back when music only came on vinyl, an album's liner notes gave music lovers all this extra information: lyrics, images...a bit of a backstory. So in the days of streaming and digital music has something valuable been lost?

'Broken Record' bills itself as 'liner notes for the digital age' and in it the writer and podcaster Malcolm Gladwell teams up with the legendary producer Rick Rubin and former New York Times' media editor Bruce Headlam for long form interviews with famous musicians about their life in music, and their craft.

The very first episode of the show was with Rick Rubin himself talking about his experiences producing acts like The Beastie Boys, Johnny Cash, and Run-D.M.C. Since then guests have included David Byrne and Nile Rodgers, and there's a funny one with the comedian Dave Hill about his love of that well known musical genre- Norwegian Black Metal!

We share excerpts from two Broken Record episodes. The first features the DJ and drummer Ahmir Khalib Thompson (better known as Questlove or ?stlove) who became famous for his work with the influential hip hop group The Roots. He tells Rick Rubin how he developed his signature 'drunk' drumming style and reflects on DJing at White House parties for Barack Obama, supporting Bruce Springsteen, and his regular TV gig as part of the studio band on The Tonight Show Starring Jimmy Fallon.

The second comes from a conversation between Malcolm Gladwell and fellow presenter Rick Rubin recorded after Tom Petty's death in 2017 which reflects on Rubin's work producing several Tom Petty and The Heartbreakers' albums (including 'Wildflowers') in the early Nineties.

Broken Record is produced by Justin Richmond and Jason Gambrell and edited by Julia Barton for Pushkin Industries.

The Podcast Hour for Saturday 4 May 2019

'Scene on Radio' presents a powerful history of Whiteness and race; audio rich stories from the Middle East in 'Kerning Cultures'; 'The Food Chain' from the BBC looks at the history of product placement in TV and film; and Malcolm Gladwell and Rick Rubin talk to famous musos in 'Broken Record'.