A world without power: 'Blackout' 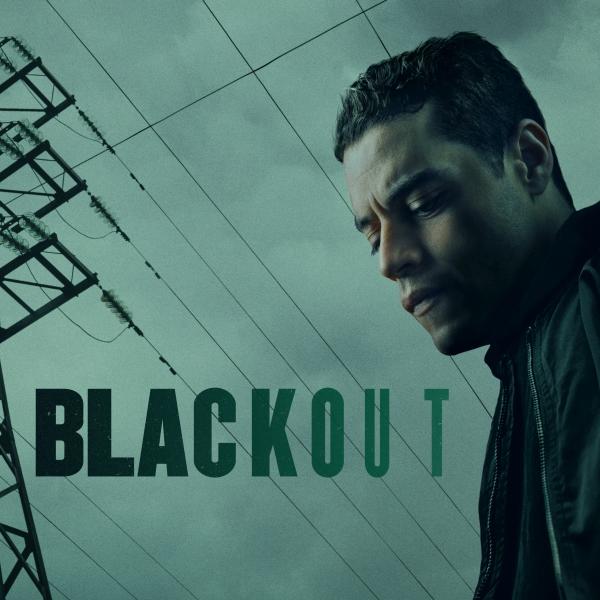 'Blackout' is a new fiction podcast looking at what could happen if power went down across the entire US. So imagine a world where mobile communications and the internet fail, and where news is hard to come by. How would we cope? And what communities would we form to survive?

The Bohemian Rhapsody star Rami Malek plays a local radio DJ in New England trying to make sense of what's going on. And dramatic sound design helps take you straight into the action.

We share some of Episode 1 of Blackout called 'Pilot' written by Scott Conroy, directed by Shawn Christensen, starring Rami Malek, and produced by Endeavor Audio and QCode.

The 'Wild Dunedin' podcast tells stories about the wild things, large and small, that live around  the city.

For example, the southern right whale used to be a common sight- and sound!- around Dunedin and Otago Harbour. Then 19th century whaling pushed the species to the brink of extinction. But now there are signs that local populations could be rebounding.

We play some of "Whale-come Home?" from the 'Wild Dunedin' podcast presented by Dr. Claire Concannon of Otago Museum, and DOC conservation biologist Jamie McAulay.

Reffing the refs? 'Against The Rules with Michael Lewis'

The Blind Side...Moneyball...The Big Short: the author and journalist Michael Lewis is perhaps best known for his books that have been turned into films.

In these and in other titles like Flash Boys and Liar's Poker he shows a knack for writing about sport, business, and the business of sport. He can take complex ideas about any sort of market- derivatives trading, baseball batting statistics, arbitrage- and turn them into engaging prose. His previous life working as a bond trader in London probably helps!

In a new podcast called 'Against The Rules' Lewis looks at the idea of fairness in different walks of life...in law, the media, the financial markets, and in sport...and asks why the 'referees' in all these areas seem to be under attack.

In the first episode called 'Ref, You Suck' he visits the NBA's Replay Centre in Secaucus, New Jersey- the place where every pro basketball referee's decision gets scrutinised (and if necessary over-ruled) by other referees on 110 TV screens in real time during each NBA game. 'Against The Rules with Michael Lewis' is edited by Julia Barton for Pushkin Industries.

'NB': life beyond the binary

People use the term 'non-binary' to describe themselves when they don't identify as completely male or completely female. It's part of a growing recognition that somebody's gender identity isn't just fixed at birth- black or white....pink or blue. It's more fluid than that. And it's you and not society who gets to decide who you are, and what you want to be called.

Caitlin Benedict's an Australian radio producer living in London who came out to themself as non-binary last year. But they really want to tell their parents back home in Oz. So in NB, Caitlin and their friend Amrou explore some of the questions and feelings and uncertainties about being non-binary...from the language and the gendered pronouns we use, to clothing, and how you feel about your body.

Amrou has been out for a while, they’re a writer, performer and aquarium enthusiast who describes almost everything as ‘iconic’.

“Being non-binary for me is such a constant questioning of my gender and my sexuality and my world that I feel like in a way you can’t really have your shit together as someone non-binary because you’re constantly questioning and interrogating yourself  - and I still have a lot of questions.”

Amrou is Caitlin’s friend and mentor.

“I refer to Amrou as them, rather than he or she. If you’ve not met anyone who uses gender neutral pronouns before, you’ll get used to it,” says Caitlin.

“About five minutes into the first conversation I ever had with Amrou, I knew I wanted to go through this process with them beside me, coming out, making a podcast – they’re kind of the same thing.”

Caitlin says they have a lot of questions about being non-binary and with a really long wait for therapy, they decided to make a podcast.

“I think I’ve always been non-binary,” say Amrou, “I just didn’t know I had tools in society to express it.”

Caitlin says up to the age of 11 or 12, gender and sexuality didn’t really factor into their thinking.

“Everyone at the age of ten is just a blob of a human,” they say.

“All of these little external messages about gender that are so binary start infiltrating their way into your mind, so I don’t even think I clocked that I was femming up when I was in my early adolescence and then dismantling all of that stuff over the last couple of years.”

When they got a haircut and suddenly had short hair, something happened, it started a thought process. 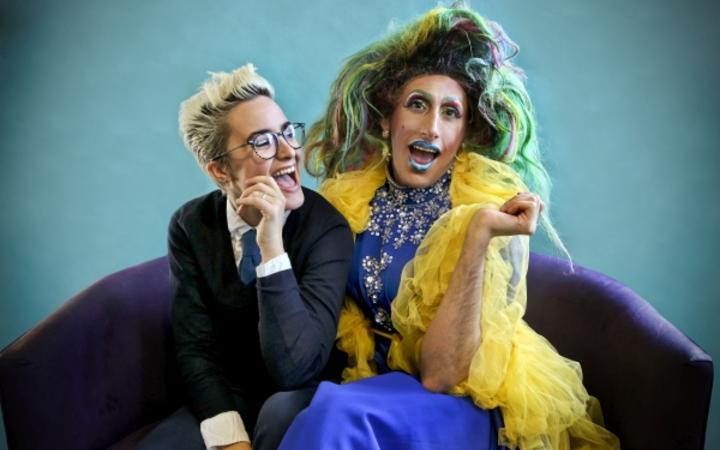 In terms of coming out to their family – they haven’t had the conversation yet.

There plan is they’re going to play the few episode of the podcast to their parents and then have a conversation with their dad.

Amrou grew up between Dubai and Bahrain.

They thought they had to do things that boys needed to do.

In Episode 1 of 'NB' called 'Realising' with Caitlin and Amrou they visit the Museum of Transology in Brighton to meet curator EJ Scott.

“He bounces on the balls of his feet and gives us the warmest welcome to the museum," says Caitlin.

"It’s a space that teaches you who you are in the scheme of things. It means these kids that are already thinking about this stuff have an opportunity to be true to themselves at a younger age but it also means that people are starting to see themselves in the museum’s collection in a way that they haven’t been included before.”

He says ultimately, gender will be like getting a haircut – it will be no big thing.

“No one will even think about it, we’re making progress, but actually I think we’ll look back in a hundred years time and go ‘they were really old fashioned’.”

'Blackout' presents a fictional world without power, 'Wild Dunedin' meets the animals of Otago, 'Against The Rules with Michael Lewis' examines fairness in modern society (and why referees are getting so much stick), and 'NB' explores non-binary life.