The Podcast Hour for Saturday 10 November 2018

The Podcast Hour for Saturday 10 November 2018

Listening in on couples' counselling: 'Where Should We Begin?', 'Endless Thread': Reddit stories, food pod: 'Hoovering' and 'Love+Radio': crafted audio.

Listening in on couples' counselling: 'Where Should We Begin?'

'Where Should We Begin?' lets you eavesdrop on couples talking about their problems in a recorded therapy session.

The person helping these people confront issues like infidelity, divorce and bereavement is Belgian psychotherapist Esther Perel who is a TED talk sensation, a bestselling writer, and she's got a great voice too! And in case you're wondering who'd open themselves up to this degree of public scrutiny and appear on the show, apparently thousands of couples volunteered to have a free 3-hour counselling session and feature on the podcast.

This is the first episode of Season 3 of 'Where Should We Begin? The Arc of Love' from Audible, it's called "Young Love', and it's all about a couple in their mid-20s trying to make a cross-border relationship work: she's in Mexico and he's in Texas.

'Where Should We Begin? The Arc of Love' is exclusively available at Audible.

Note: Season 3 is free for new Audible customers with a 30-day trial, or for 1 credit with a $16.45/month membership. (The first two seasons of the show are also still available wherever you get your podcasts.)

'Endless Thread' uses the popular social news site Reddit and its massive online communities as the source for its stories.

The second excerpt comes from another episode called 'Doom Jelly'. It's all about the excruciating pain and  the overpowering feelings of doom and dread you experience if you get stung by the Irukandji jellyfish (a type of box jellyfish that comes from northern Australia). 'Endless Thread' is presented by Ben Brock Johnson and Amory Sivertsen for WBUR. 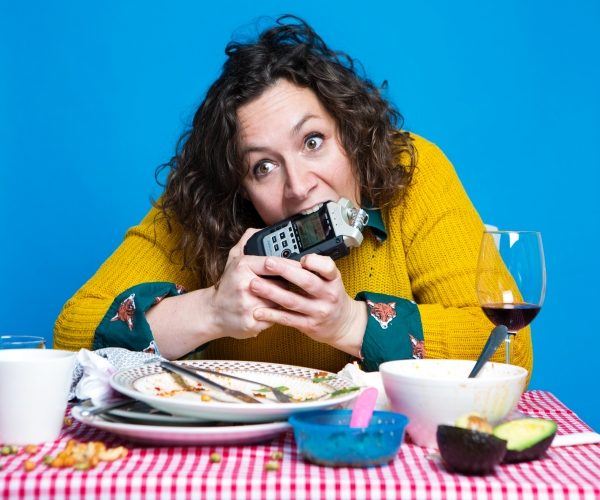 Talking while you eat, even with your mouth full, isn't a problem in 'Hoovering'; in fact it's positively encouraged!

The show's host Jessica Fostekew is a British writer and comedian who some of you might have heard before on 'The Guilty Feminist' podcast.

We play her interview with the comedian and broadcaster Josie Long.

For 13 years, the American podcast Love + Radio has been quietly serving up personal narratives (sometimes adult-themed) with cutting-edge sound design.

As one happy listener puts it: "The stories are great, strange, intense, the sound is a delight, and they have never tried to get me to accept a tote bag." 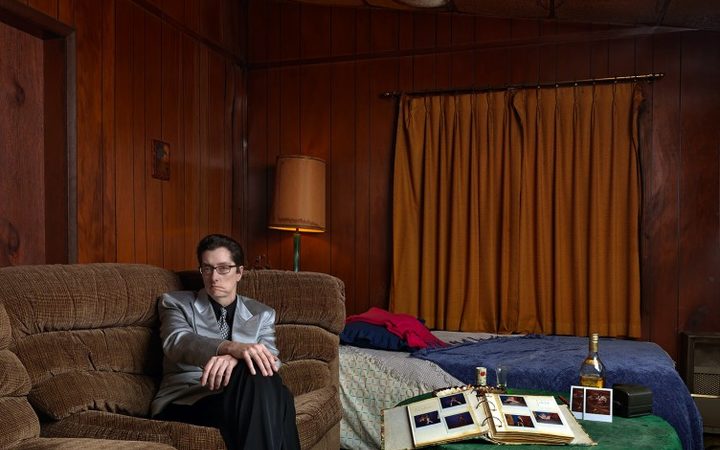 In the recent episode Coming Back, Pam Reynolds reflects on her near-death experience during major brain surgery in 1991.

Pam speaks of leaving her body on the operating table, being bathed in this calming light, and meeting a succession of her deceased relatives and dead friends. - which, perhaps unsurprisingly, changed her forever.

Listen to an extract of 'Coming Back' on The Podcast Hour:

Listen to 'Coming Back' in full:

Other Love + Radio episodes to check out:

Evan, a New York artist, has a secret.

Diane's new neighbours across the way never shut their curtains, and that was the beginning of an intimate, but very one-sided relationship.

Ellen was struggling for money, working as a Subway "sandwich artist". So she decided to find a new job, and settled on one that allowed her to make over $30,000 for just a couple hours of work each week. One with emotional and moral consequences she didn't fully anticipate.