The Lip: compelling NZ stories, Disgraceland: the death of Mr Wonderful, The Tip Off: behind breaking news, and NPR's Hidden Brain: Baby Talk.

We feature extracts from two episodes:

Richard Scott speaks to Megan McChesney about the challenges of getting a podcast like The Lip off the ground in New Zealand - and she shares her own podcast recommendations.

Strangers - a podcast by Lea Thau, a Danish woman who lives in California. Lea’s big thing is empathy: she crafts beautiful stories from interviews with people from all walks of life.  She was one of my greatest inspirations in making The Lip.

Risk - These stories have mostly been recorded at one of the podcast’s live events. It’s a bit like The Moth in that the subjects have already crafted their stories before getting up in front of an audience. The point of difference with Risk is that a lot of the stories are, well, extremely risqué. Not for the easily shocked or the easily offended.

The Lapse - created by Canadian podcaster Kyle Gest. Kyle comes from a film school background and his specialty is Foley artistry. He has a sound effect for everything.

This is Love - I’m currently waiting on season two of this very special podcast, which is made by the same team as the very excellent Criminal podcast. It brings tales of all sorts of love - not just the romantic variety.

Heavyweight - This one’s from podcasting empire Gimlet. Canadian dude Jonathan Goldstein talks to people about a time in their lives when things went wrong and helps them confront it so they can move on. It sounds like a therapy session when I describe it like this but he’s very disarming, very funny, very wry.

Mystery Show - Another gem from Gimlet. It only ran for one season, but what a season. Host Starlee Kine, solves all kinds of bizarre mysteries. Belt Buckle was my favourite.

StoryCorps -  StoryCorps booths are dotted all over the US. Two by two, folk pop in and record meaningful conversations with each other. The conversations are later archived for posterity. Some of the most gripping also make it onto this podcast.

Disgraceland: the death of Mr Wonderful

Disgraceland bills itself as a true-crime podcast involving some of the biggest names in music- stars like Jerry Lee Lewis, Sid Vicious, Tupac Shakur and James Brown.

Host Jake Brennan brings infamous events from music's hall of shame to life with his entertaining prose, using a little bit of poetic licence along the way to take us right inside the action.

As the featured episode, 'Sam Cooke: An Insatiable Libido and a Justifiable Homicide', shows the results are highly entertaining (and 'Mr Wonderful' might not have been quite so wonderful after all).

The Tip Off: behind breaking news

The Tip Off takes you behind the scenes of the biggest investigative journalism scoops in the news today.

It's just won the award for Best New Podcast at the British Podcast Awards, and each week host Maeve McClenaghan speaks to journalists about the sometimes painstaking research behind their major stories.

It's a UK show so big issues of the day there tend to take centre stage, with recent stories about knife crime and the abuse of the prescription tranquiliser Xanax. But there's an international dimension to many of the stories too.

We play some of Episode 7 'Codename Prometheus' which is about the Panama Papers, and how journalists from all over the world collaborated to cover the story. 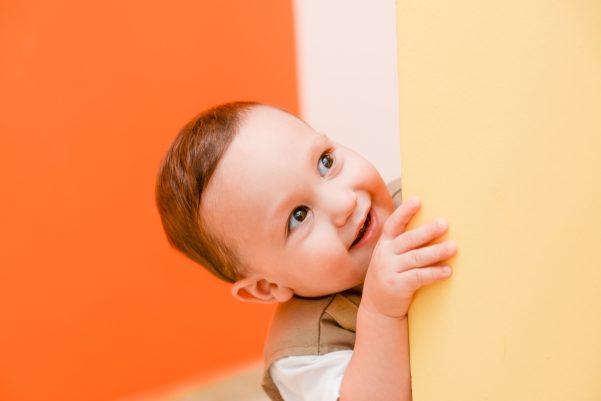 NPR's Hidden Brain is a show that combines science and storytelling and uses them to understand our unconscious choices and biases, and how these can shape our behaviour.

We play an excerpt from a recent episode of Hidden Brain called 'Baby Talk: Decoding The Secret Language Of Babies' (originally published on May 14th 2018).  It explores the way that babies can communicate without using words.