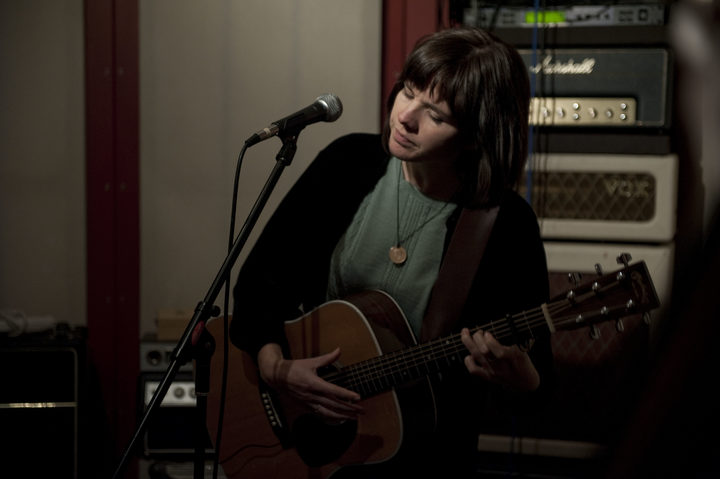 Over the course of three EP’s and two full-length albums, many have fallen in love with the music of Hollie Fullbrook aka Tiny Ruins - including filmmaker David Lynch (you'll have to listen for that story). In anticipation of their nearly-finished third studio album and a nationwide tour through June, Hollie shares some of the music that most moves her.

Beth Gibbons and Rustin Man - 'Mysteries' from Out Of Season
"I did an instore once at that record shop that used to be on Ponsonby Rd - Rhythm Records - before they had to shut down. They said I could choose a record as a thank you. I chose this, which they'd recommended on a previous occasion. I think they were a bit reluctant to part with it as it's apparently hard to find, but they did anyway, and they were right -  I love the whole album. [It's] quite varied in style, but this song especially evokes something really special to me."

Cocteau Twins - 'For Phoebe Still A Baby' from Blue Bell Knoll
"I've been listening to quite a bit of  'instrumental' music these days - where the lyrics aren't there or aren't so important. Thinking that lyrics are important, which I believe they truly are, can sometimes make me a much slower songwriter, so I started listening to music without them. I think Elizabeth Fraser's voice is a force to be reckoned with! I love it so much, and the places this album takes you are truly magical. You don't know what she's saying but you don't need to, because the music does everything."

Nina Simone - 'Everybody's Gone to the Moon' from Nina Simone and Piano
"My mum bought a Nina Simone CD when I was maybe 14, and I hadn't heard her before that. I was completely bowled over by it, by her voice. It was, and still is, the most distinctive voice I think I've heard. This song in particular on that CD intrigued me. I played it to my best friend, and the song's lyrics frightened her. I would sort of taunt her with it sometimes, because I knew it unsettled her - the idea that everyone had gone to the moon."

Kate Bush - 'Cloudbusting' from Hounds of Love
"I love the story behind this song, and the video, and the music - everything about it works, and is so emotional. I went through a Kate Bush phase earlier on in my 20s, but this song especially stands out as one of the greatest songs ever written, I think. To take quite an obscure subject and character, and be able to tell the story so well, so briefly..that kind of thing is inspiring to me."

Mazzy Star - 'Fade Into You' from So Tonight That I Might See
"I just love the production on this song, the balance, it's so 'whooshy' and got such a great swing. It reminds me of my teenage years in a kind of a hazy way. I think it was on that compilation 'Lazy Sunday', which my parents had, and which led to my discovery of quite a few artists I liked - a bit like the JJJ Hottest 100 cds...back then it seemed like one of the only ways to discover new music. I love Hope Sandoval's voice."

Sibylle Baier - 'Give Me A Smile' from Colour Green
"We were on tour in the USA for the first time in 2014, playing in Iowa City [and]... someone kindly offered for us to crash at their house. Her name was Candida, and she was a bookbinder. Her boyfriend, whom she actually broke up with later that night, was a painter. They had this quite incredible house filled with all their own art, and cats. We slept on the floor and in the morning, she came in and put on this Sibylle Baier record, describing it as 'a bit like Leonard Cohen'."

Lucinda Williams - 'Sharp Cutting Wings (Song to a poet)' from Happy Woman Blues
"A few years ago I moved into a flat with Cass Basil, who became my first bandmate. I knew her vaguely, through friends. We bonded over our shared love of Lucinda Williams. We studied her career trajectory and always wondered what the hell she'd done in all these between-album gaps, especially early on, in her 20s. We covered this song, playing as duo with Cass on double bass. We toured Europe like that - the two of us and a double bass - for about 5 months. We went through a lot! This song really reminds me of that time. I understand the gaps between albums better now."

The music of David Lynch 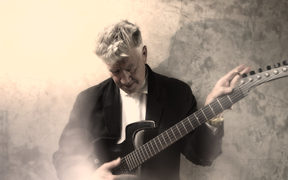 Twin Peaks is back. And its soundtrack is as inventive and esoteric as ever. Kirsten Johnstone talks us through the influence director David Lynch has had on music over the past four decades. Video, Audio