Standing by statements at Parliament

Questions on whether or not the Prime Minister stands by all their statements, actions, and policies are always answered with 'yes' but there's a reason for asking a question with an obvious answer. 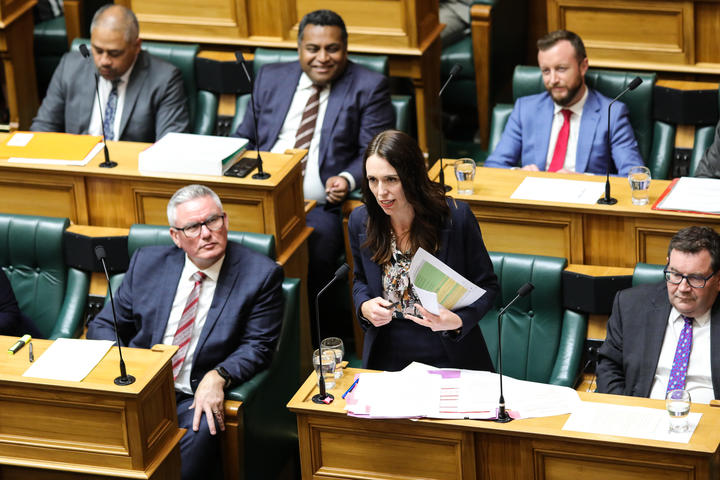 The hour set aside near the start of each sitting day at 2pm has rules. Up to 12 questions can be asked of Ministers but they have to be lodged in the morning.  Questions are allocated on a basis that is proportional to party membership in the House not including Ministers and Parliamentary Under-Secretaries. The weekly allocation and rotation of questions is decided by the Business Committee.

Submitting the primary question in the morning gives parliamentary staff the chance to make sure it's inline with the rules but it also lets the Minister have some time to think of an answer.

A general question like "does she stand by all of her Government's statements and actions?" conceals the angle so the Minister has to guess at what the topic is.

For most Ministers the question won't stray too far from their portfolio - one of the rules is that Ministers can only be asked questions on what they're responsible for. But the Prime Minister is responsible for all their ministers and can be quizzed on a variety of topics.

This week, that included plans to build a separate bridge for cyclists and walkers alongside Auckland's Harbour Bridge, the Climate Change Commission's report on plans for a carbon neutral New Zealand by 2050, and the Government's commitment to stopping the spread of hate speech online.

These topics weren't revealed until the follow-up question (called a supplementary) was asked. Keeping the angle secret can provide an opportunity to catch a minister off guard but it also gives them an opportunity to add extra information to their initial 'yes' answer.

During question times this week the Prime Minister Jacinda Ardern added comment on the Climate Change Commission's report, the Government's plans for housing construction, and the arrival of one million doses of the Covid 19 Pfizer vaccine in July.

Supplementary questions are used by MPs to get more details from a Minister and sometimes by to show a failing of the minister, Government or officials.

But these follow up questions can be asked by any MP and occasionally an MP on a Government side will jump in to provide backup.

During the Leader of the Opposition Judith Collins' question on the proposed Auckland Harbour Bridge plans, the Minister of Transport Michael Wood jumped in with a supplementary to the Prime Minister.

He asked her to confirm if "that the New Zealand Upgrade Programme makes $2.7 billion worth of investment in transport projects in South Auckland—exactly the same as was confirmed at the beginning of the programme?"

The question isn’t about testing the Prime Minister’s ability to defend their government’s actions but rather an attempt to counter the attack from the Opposition and because it’s framed as a question, it’s allowed.

At the end of the hour long question and answer session the MPs move on to other business. There's no requirement for Ministers to act, except perhaps the promise to provide more information to a question at a later date.

Instead question time serves as an opportunity for MPs to hold the Government to account in a public space for voters to see.

Question time can be watched on demand here.