Retiring or resigning MPs get the opportunity to make a farewell speech reflecting on their time at Parliament and the impact they’ve had.

We captured some moments of speeches from National MPs who are leaving Parliament this term. 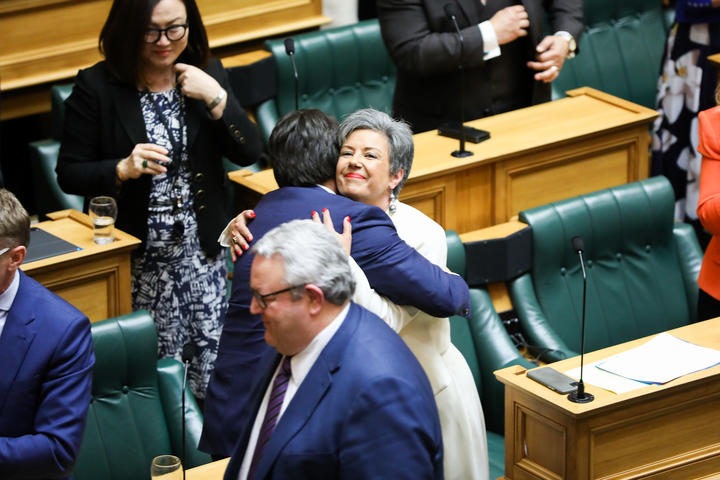 "Simon, these last couple of years have been really something. They have been fun and interesting and, yes, at times challenging," Benett told the House. 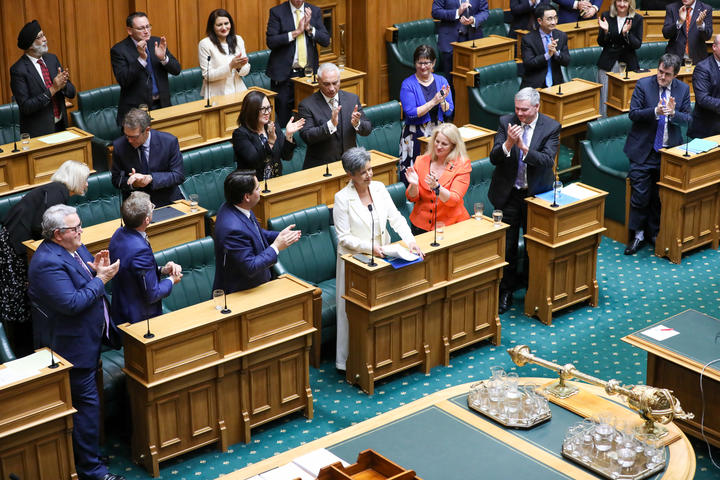 "I'm far from perfect, and I know that, but my intent, my heart, my integrity has meant that I have slept well.

"This place is brutal. It will pick up the spade and bury you if you let it. It is relentless, but we sign up knowing that." 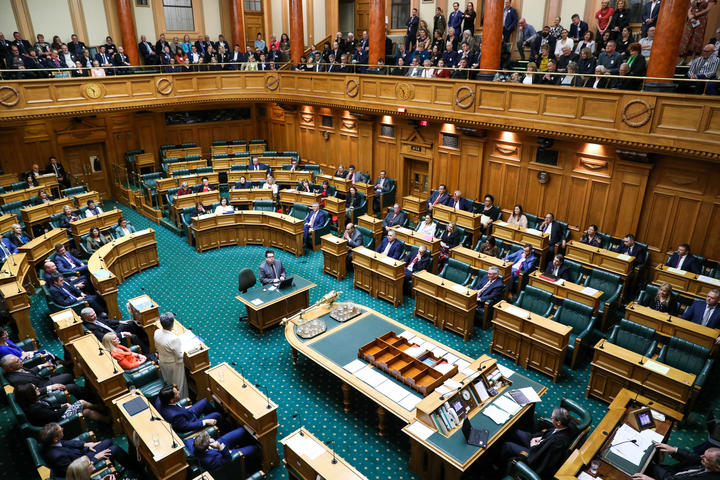 The public galleries were packed with members of family, staff and friends of departing MPs. Bennett's speech was delayed slightly to allow for her guests to enter the chamber. 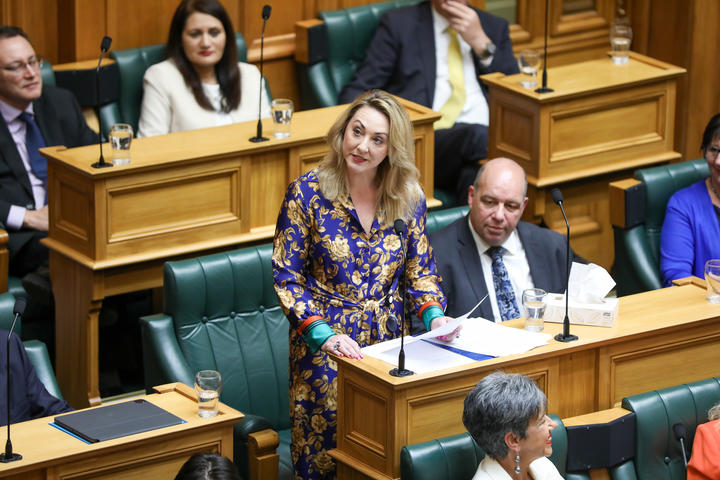 National MP Sarah Dowie addressed the media's treatment of her when details of her relationship with MP Jamie-Lee Ross were made public.

An investigation was launched into messages sent between them but no charges were laid.

"The antithesis is the hypocrisy of the media calling for a clean up of politicians. Yes, we are representatives and should take responsibility for poor behaviour, but we are not elected as angels," she said to media sitting in the press gallery above.

"We too are human and make mistakes, just as journalists do and have. But when a predator is able to manipulate the media for his agenda and the media is directly party to it, it is the media fraternity that needs to audit themselves as to their ethics and their conscious peddling of sexism and patriarchy. If it takes me to be New Zealand's scarlet woman to highlight this, then so be it." 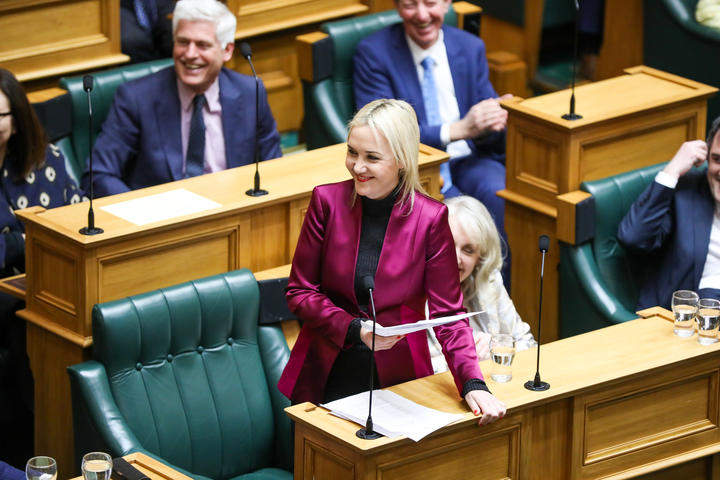 National MP Nikki Kaye acknowledged John Key, who was sitting in the chamber for the valedictory speeches.

Kaye was diagnosed with breast cancer in 2016 and offered her resignation to then Prime Minister John Key.

"The only reason that I was able to become Minister of Education was that John Key, as I cried my eyes out, said, 'You're not f***ing going anywhere'." 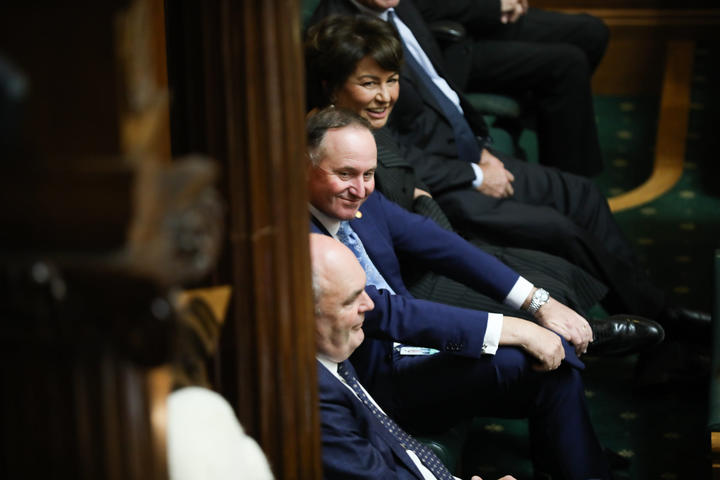 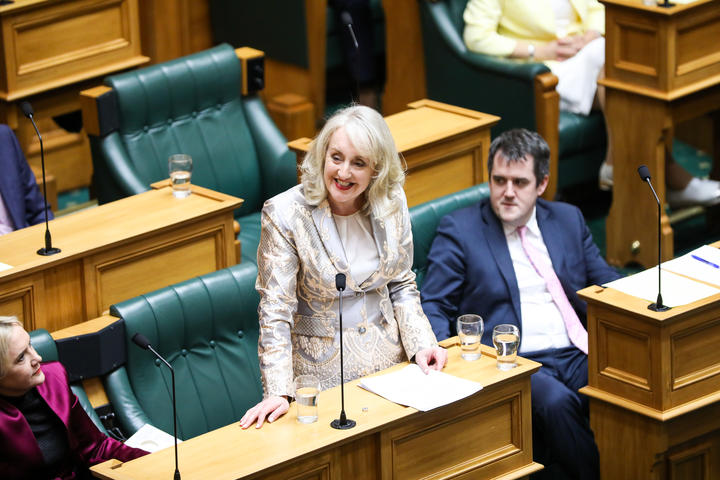 National MP Amy Adams announced her retirement from parliament and then backtracked to stay, at the request of former leader Todd Muller, but then decided, again, to retire.

"It's always good to hold some of the firsts in this place and I'm pretty sure that I am the first MP to have retired, unretired and then re-retired - all without actually leaving," she said.

"When I told my son a few weeks ago that I would be announcing I was stepping down, he said, 'OK, thanks for the update, mum. Just let me know when you un-retire again'. It was a bit harsh, Tom, but I do admit that I must seem a little bit like the AJ Hackett of New Zealand politics." 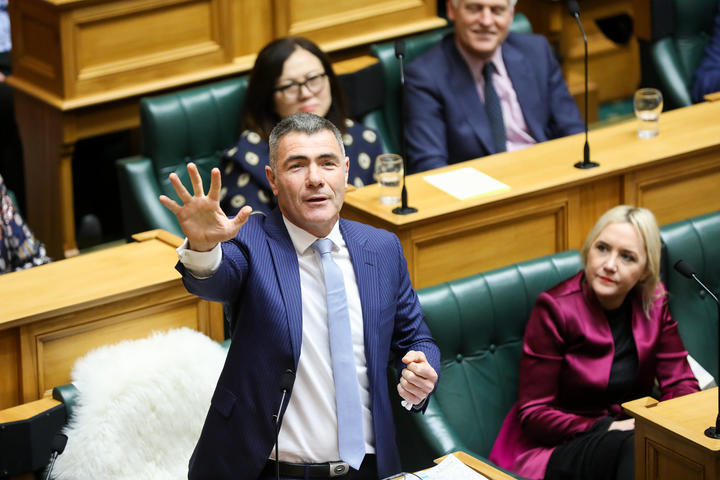 When National MP Nathan Guy was approached by the National Party, he was told by former Prime Minister Bill English that he had a "triangle of conflicting things happening" and he'd have to choose between farming, his family, and a political career.

"He said, 'These three corners of this triangle won't work. You have to remove yourself from one of those'. So I went home and told Dad that I was going to run for the National Party and, effectively, leave him and Mum to run the farm." 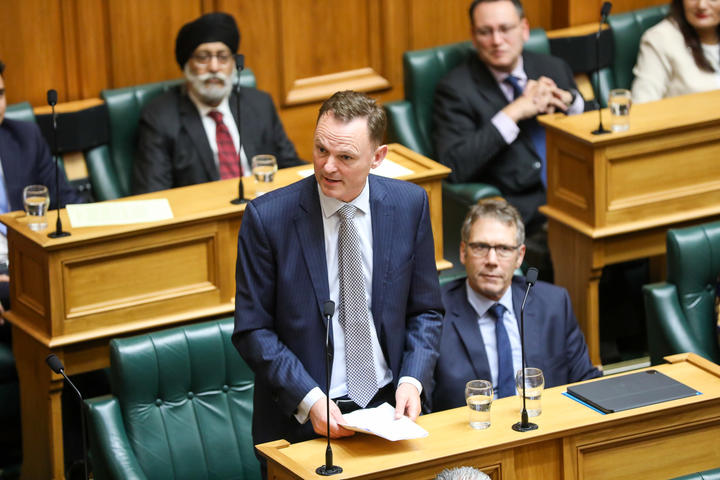 National MP Alastair Scott said there were some issues he wished he had been able to get through, including changes to abatement rates, the welfare system and income related rent subsidies.

"Most of them, unfortunately, did not have the support of the numbers, either in caucus or in the general public," he said.

"So the idea fails, at least for the moment. This is the nature of democracy—slow moving and frustrating for me at times, but democracy ensures that my crazy ideas are not instituted simply because I sit in this place as a member of Parliament."