Justine Murray joins conservationist and former Catholic priest Rob McGowan, aka 'Pa Ropata', at his home on the outskirts of Tauranga. 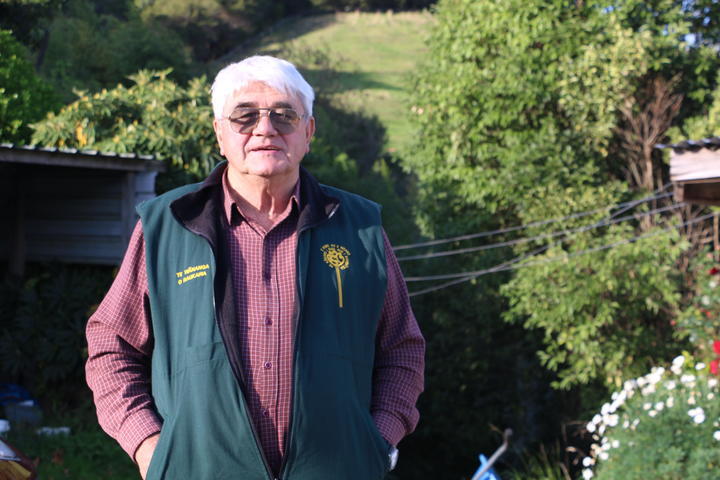 This whakatauaki (proverbial saying) is the foundation of Rob McGowan’s decades of work to regenerate degraded land and steams, educate others and work alongside the Department of Conservation’s Nga Whenua Rahui unit to protect indigenous ecosystems on Māori land.

Rob McGowan’s home is in the back blocks of Welcome Bay, near the Kopukairoa mountain and opposite the pa site Paepae Kohatu, on the tribal area of Ngāti Pukenga.

It’s here that he carries out plant propagation either for his own work or in order to share his knowledge of rongoā Māori with students.

During the mid-1970s, Rob was taking under the wing of Whanganui kuia Rua Henare. The story goes is that she was making flax piupiu and went to harvest flax near the river, Rob went along to help out, from that point in time she decided to teach him the medicinal uses of various plants. 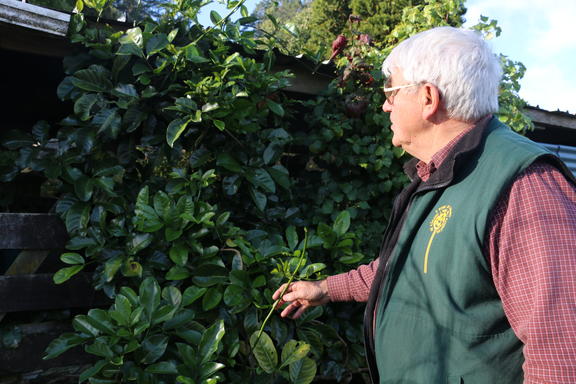 As a kaimahi (worker) for Te Papa Atawhai (the Department of Conservation), Rob is aware of issues threatening plant species like Myrtle Rust and Kauri Dieback.

“The kauri trees that actually grow in Tauranga Moana are the same species that grow up North and the Coromandel which are greatly affected by kauri dieback disease so far we’ve not detected it at all in the Kaimai…it’s important that we don’t bring any trees into this area from areas where kauri dieback exists.”

Over the years he has published books about rongoā Māori, his latest offering is called Tiwaiwaka: Healing the Mauri of the Whenua.

He took this book back to the people of Whanganui to get their blessing before he released it to the public. In it, he outlines why people need to listen to the land and their own surroundings, on the issue of sustainability. He writes;

“Its guiding principles represent a different set of priorities to how the world operates today. The number one priority is not profit, but caring for the whenua. That’s the only way to ensure long term sustainability. The Earth’s resources are finite. They are already beginning to run out.”

At his home, Rob shows off the now 40-foot kauri trees that he grew from seed 18 months ago.

He is part of the non-profit Tane’s Tree Trust which encourages people to treasure their own species of trees and plant these back into the landscape.

In the bush near this home, Rob also grows hibiscus plants and a range of rongoā for medicine.

“We are very scientific these days, we have all sorts of experts to refer to, we have Doctor Google who knows everything… Do we ever ask the land what we should put there...instead of imposing on the land what we think is right, what we think is best? ... really, it's representative of that whole issue of trying to get us people who live in New Zealand to actually respect much more the mana of the whenua (land) here and to be taught by it…that’s the reversal of thinking, isn’t it?"