Te Ahi Kaa features the second in a series of interviews with pākehā whose work has been associated with te ao Māori. Jerome Cvitanovich meet Rob McGowan – a Pākehā skilled in traditional Māori medicine. 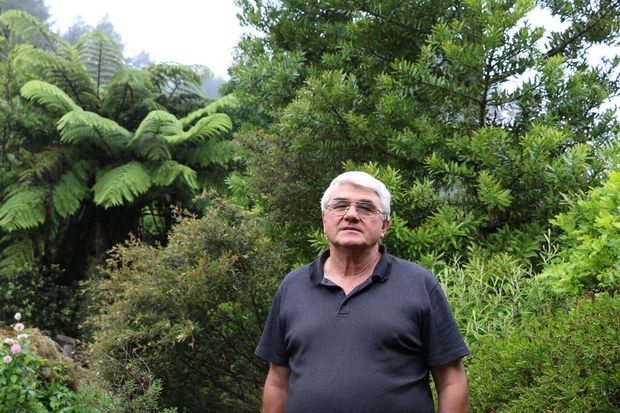 Rob, who was a priest for many years, is known to many simply as ‘Pa’. These days, he is married with a daughter and teaches courses in rongoā Māori - and works with Nga Whenua Rahui, a project that supports the protection of indigenous ecosystems on Māori-owned land.

Extra audio: Rob McGowan on the role of the toxic plant tutu in traditional Māori medicine

He became interested in the bush at a very young age and has been involved in propagating and growing native plants for years, he says.

In the 1970s, he was posted to Whanganui to work with the local people. By that time, he was reasonably well versed in identifying native plants – but it was on the river where his real education began. 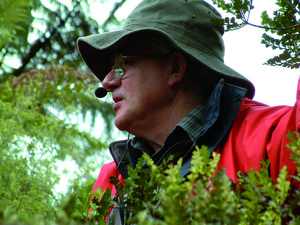 Asked why local people would share their knowledge with a Pākehā, Rob says it had a lot to do with the fact that he was a priest. “For the people on the river, that was significant. I understood the spiritual aspects. Without wairua, you’ve got nothing.”

He spent a lot of time working with a local kaumatua helping gather plants for rongoā Māori.

"I remember going into the bush and spending a lot of time watching what was done. After a while, they could tell I was someone who was a safe person to teach.”

In his early years learning rongoā Māori, he was told the plants would tell him what they should be used for.

“I thought that was a lot of humbug, but you work with plants, live with plants, you get an understanding you won’t get any other way.”

The use of some bush remedies, such as kawaka for toothache and flax jelly for sunburn, are reasonably well known, but Rob says rongoā Māori is not for amateurs. There are many plants that are dangerous - and, for that reason, he is very cautious about who he entrusts with his knowledge.

"The first obligation is to keep it safe. Sometimes it is safer to die with the knowledge rather than pass it on to someone who won’t respect it.”

One of the biggest obstacles that people face when learning about rongoā is that they don't know enough about the bush to be able to find the plants they need, or know how to collect them properly in a way that will not damage the plant or tree. This also needs to be done within the context of the tikanga that applies to rongoā Māori.

"The foundation is your karakia. It’s a way of focusing people. If your mind is too busy, you don’t learn anything."

Rob sees the bush as a cloak that heals the land, he says. In many areas, the introduction of a range of grazing animals has displaced many of smaller plants in the understorey - in other words, the bush “doesn’t have its underpants”.

“From a conservation point of view, many of the remnants of bush we have, have got a short future. It’s these secondary species that enable our bigger species to thrive.”

These days, Rob runs a nursery on land near Tauranga - growing plants for use in medicine, and working with a local group replanting his local area and assisting with riparian planting.

“It’s all about buying into that big vision that New Zealanders have about bringing back the birds and restoring the health of our waterways.”

Along with that work, he is always looking for the right people to share his knowledge. “The people that can best help us are the people who have a connection to the land - the spiritual whenua."

Working with rongoā Māori has been a great gift, Rob says. It has given him an understanding that others in the Pākehā world don't have.

“We have an amazing ability to forget that our gift of life comes from the earth. My journey in te ao Māori has made me realise that much much more than ever.” 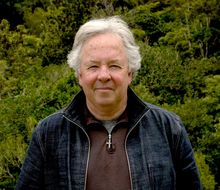 Te Ahi Kaa presenter Jerome Cvitanovich was born in Marlborough of Tarara descent. He started in radio in 1984 working on a range of programmes, including the long-running series Spectrum.

In the last 20 years, he's been involved in rural TV programmes including Rural Delivery, Number 8 Wired and Country Calendar. Whenever he can, he loves coming back to his first love - radio.