Mana Tu, Mana Toa, Mana Ake Ake’
'We will stand strong, as strong as warriors, forever and ever'
This week's whakatāuki featured as part of the haka powhiri at the 150th commemorations of the Battle of Gate Pa.

This week – coverage of the 150th commemorations of the Battle of Pukehinahina (Gate Pa), with experience of the commemorations and insights into the historical events.

Formal events began on April 29 when Justine Murray joined hundreds of others at the 5:30am service at Pukehinahina, followed by a service at Otamataha Cemetary. We hear from Dr Hauata Palmer about this and previous commemorations, and chairman of the Pukehinahina Trust Buddy Mikaere recalls attending the 100th commemorations as a child when the huge trees that grow on what remains of the pa weren’t yet planted. Te Ahi Kaa got an insight into the haka component of the commemorations from Te Awanuiārangi Black.

Gallery: The 150th commemorations of the Battle of Pukehinahina 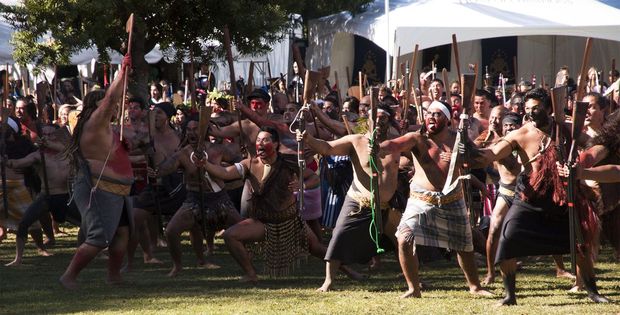 Matakokiri Tata outlines the iwi that fought alongside Tauranga Moana iwi, and Patrick Nicholas (nō Ngāti Ranginui), Pirirakau discusses the history and strategies of those that lead the campaign including Penetaka Tuaia, Rawiri Puhirake and Henare Taratoa.  We also hear excerpts from All the Queens Men, a Radio New Zealand re-enactment of the battle produced by Jack Perkins and Hop Owen for the 110th anniversary in 1974.

Peri Kohu was tasked with overseeing the project to carve eight pou (carved posts), now erected along Cameron road.  It involved months of effort, sourcing wood from local businesses and managing seven carvers. Each pou represents an iwi who assisted in the battle in 1864, there’s even a pou to depict General Duncan Cameron who was the British forces commander in New Zealand.

The carved tomokanga (entrance) and two of the carved pou at Pukehinahina (Gate Pa). 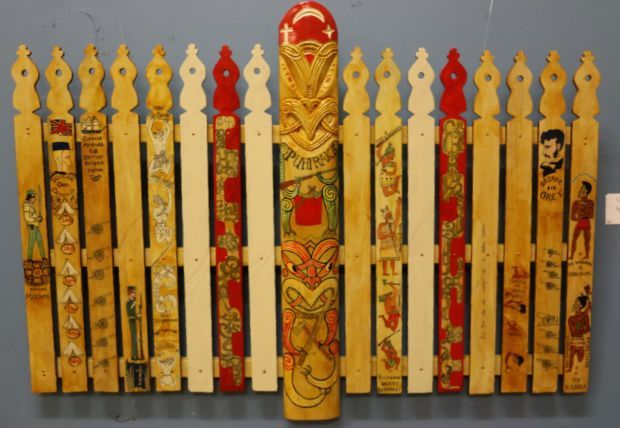