May calm be spread around you, may the sea glisten like greenstone and the shimmer of summer dance across your path.

In 2002 Tigertown, a suburb in New Plymouth found itself in a stoush with the World’s most famous golfer.  Jimmy Pokere explains.

Music Producer Vicky Gordon reckons it’s time the voices and stories of Indigenous Aboriginal, Māori and Papua New Guinean women were heard across the land and she created Barefoot Divas: A walk in my shoes to do just that.  Maraea Rakuraku sits with her at the Wellington rehearsal of the show, which took the 2012 Sydney Arts Festival by storm

Not only is Maraeroa Marae, Waitangirua - Wellington an example of how a complex of repurposed buildings can form a marae but how manaakitanga from one Iwi (Ngāti Toa) towards others, lives on both physically and metaphorically.  Justine Murray tours the marae with Mike and Julie Dwyer. 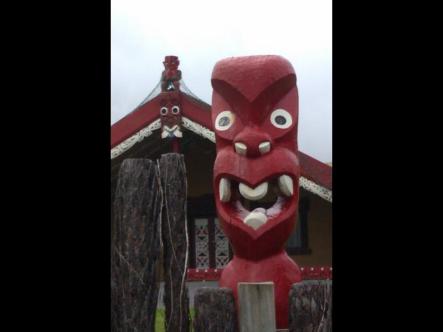