“E raka te katau, e raka te maui”
When one side is strong, the other side is strong.
This weeks whakatāuki was explained by Kingi Biddle nō Te Arawa.

Justine Murray is at the 25th anniversary reunion of the Waiariki Journalism course, where Paora Maxwell, head of Māori programming at Television New Zealand, discusses the progress of Māori media in the digital world.

Maraea Rakuraku visits a Māori dental clinic, Tipu Ora Niho Oranga in Rotorua and while there gets a check-up with dentist Pauline Koopu. 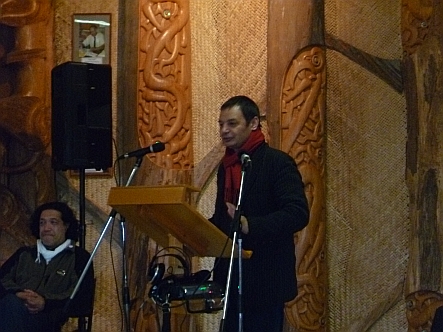