"Ko te amorangi ki mua, te hapai o i muri."
The leaders at the front and the workers at the back.
This week's whakatāuki is explained by Mereana Pitman (nō Ngati Kahungunu).

According to Robin Cohen, when it came to naming her son the order of the name depended on the baby's appearance. If he looked Pākehā his first name would be David after his Pākehā grandfather. If Māori, Taika after his Māori grandfather. Maraea Rakuraku meets Taika David Waititi and his proud mum Robin Cohen at an awards ceremony recognising the film-maker as one of six distinguished alumni of Victoria University of Wellington.

Heard of minders for people? What about minders for trophies? Maraea Rakuraku hears how Cedric Nepia manages the responsibility of looking after the two premiere Māori farming trophies, the Ahuwhenua Cup.

Re-fashioning a former school into a marae takes some work as Justine Murray discovers when she tours Onetahua Marae in Mohua/Golden Bay with locals Lauralee Duff and Glynn Rogers. 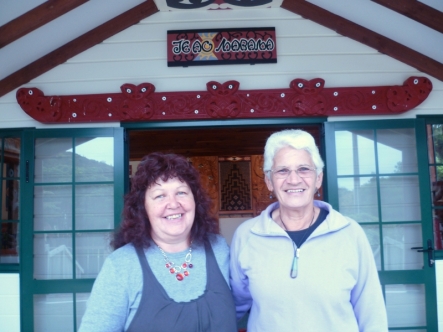 Let's go Crazy performed by Prince from the album, Purple Rain Prince and the Revolution (1984); Moe Mai Ra and Turangawaewae from the album He Kohikohinga Waiata Māori (2011).