"He uaua tangata, He moumou rakau."
If the people are not united, then we are like a wasted tree.
This week's whakatāuki is explained by Tauiri o te Rangi Nō Tūhoe.

The Takutai Moana Hikoi 2011 began at Cape Reinga on the 14 March and made its way to the steps of Parliament on the 22 March. The crowd of around two hundred people were there to voice concerns about the Marine and Coastal Area Bill (Takutai Moana) currently before the house. Justine Murray talks to protesters Mere Simon, Tauiri o te Rangi Pouwhare, and Deena Bailey who share their views on the bill and its potential effects. 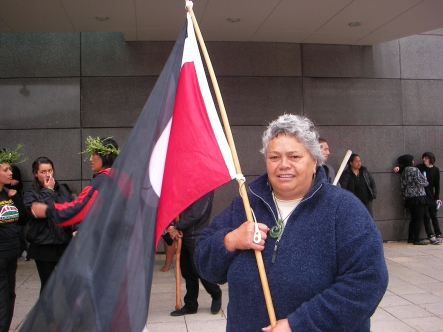 Mere Simon, who lives in Kaitaia. 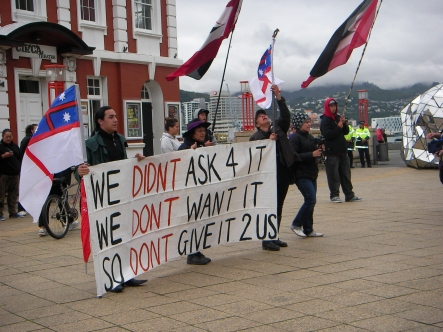 Outside the Museum of New Zealand, Te Papa Tongarewa, before starting the hikoi.

The silent march down Willis Street in Wellington.

Justine talks league with Howard Tamati (better known as Howie). He grew up in Taranaki in the freezing works community of Waitara. Straight from school Tamati followed in the footsteps of his father and worked in the local works for 20 years before his football talents carried him to Wellington. His natural talents on the rugby league field were matched by his leadership and coaching skills and after years of playing he has continued as an administrator and selector.

Aged just 21, Rotorua singer Elizabeth Marvelly is a talent to watch. At 16 she toured with the late Sir Howard Morrison and her new album, Home includes the song Whakaaria Mai / How great thou art as a dedication to him. She tells Justine Murray about her career thus far, her discovery of her taha Māori and her desire to learn more about her Māori culture.