Is crafting the new black? That's just one of the questions Maraea Rakuraku asks Feathersto-based Natalie Friend whose felted mohair ball business is quite literally a hit with SAHM (Stay-at-home-Mums) weary of the over enthusiastic throwing abilities of toddlers. 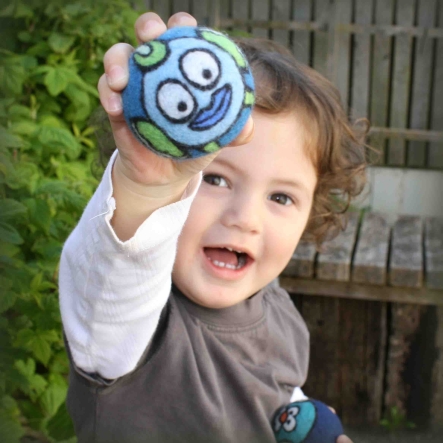 Puawai Cairns is the latest addition to the curatorial staff of the Mātauranga Māori team at Te Papa Tongarewa. Justine Murray joins her at the museum on the day of her pōwhiri.

Carve me with your eyes by Te Rakau Hua o te Wao Tapu from the album Kia Maumahara (1994); Over the Rainbow/ I'm always chasing rainbows by Elizabeth Marvelly from the album Home (2010)