From February 19th - 23rd in which, thirty-six groups from Aotearoa, Melbourne and Brisbane came together with one common purpose, to battle it out on the Kapahaka stage.

The festival began with a pōwhiri (opening ceremony) where a strong home crowd of 450 people welcomed its many visitors from home and abroad. Day one had several groups perform well into the evening, finishing at 9.30pm.

Torrential rain and wind forced the cancellation of Day two, which resulted in doing away with the finals, a first for the festival in it's 36 year history.

The Bay of plenty weather didn't disappoint on days three and four with the remaining groups taking their place centre stage until 7.30pm Sunday after which officials and MC Mabel Wharekawa Burt, announced the winners. 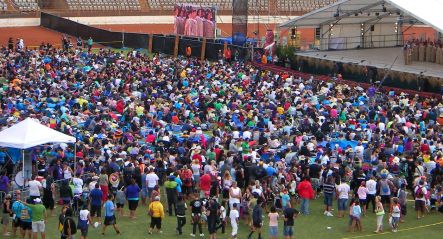