According to Otago University academic, Brendan Hokowhitu[1] the authenticity of the character Koro Paka as a male Māori leader in the 2003 movie Whale Rider is questionable given that it feeds into the Pākeha construct of Māori masculinity. How this impacts upon Te Ao Māori overall is discussed with Maraea Rakuraku.

An event like the annual Kāwhia Traditional Māori Kai Festival becomes sensory overload as your eyes, ears, tastebuds and nose get a workout. Maraea Rakuraku samples some of the more unusual offerings at the kai stall of Te Kore Ratu including kangapurehu, the delicacy known as fluffy corn and kawakawa tea. 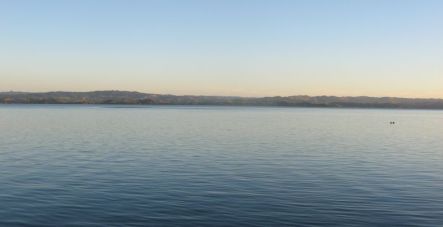 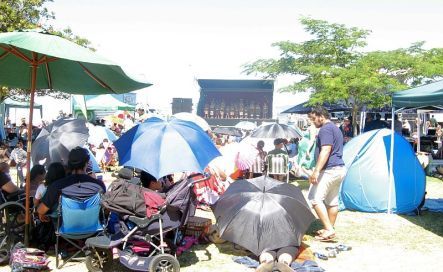 Te Ra o Raukura, the annual peace festival held at Te Whiti park in Lower Hutt, hosted a number of reggae and dub bands, carnival rides and kai (food) stalls. The festival attracts hundreds of local Māori proving an opportune time for the National Heart foundation to promote their One Heart; Many Lives campaign as led by Ngāti Pōrou nurse Marama Pōrere. Two years ago, Tamati Davis weighed 250 Kilograms and faced a serious health crisis. Motivated by his nephew, who wanted his uncle Tamati at his 21st birthday, he began a health regime that forced him to give up smoking and lose weight. So, who better to be a role model for the Māori men lining up to get their ticker checked out, as he explains his journey to wellness to Justine Murray.

Member of Olmecha Supreme King Homeboy Toby Wan-Kanobi aka Paul Teariki Toki-Love talks beat boxing and give us a taste of what has made him New Zealand Beat Box Champion for the past three years.

[1] Contact Brendan at brendan.hokowhitu@otago.ac.nz for copies of his paper. The Death of Koro Paka: Traditional Māori patriarchy.