"Me he mate a wheke, Me he mate a Ururoa."
Die as an Octopus or die as a hammer head shark.
Explanation by Wiparata Ngatoko

Since the late 19th century, when rangatira Te Whiti o Rongomai and Tohu Kākahi defied the might of guns through peaceful protest, the history of Parihaka and it's people have become synonymous with idea of passive resistance. While the land was being pillaged by the militia in the Taranaki Wars of the 1880s, Parihaka became the site of resistance - a resistance that continues to this day with the Parihaka International Peace Festival. Held over three days (9 - 11 January 2009) thousands converge at the Pa site under the korowai of Taranaki maunga. Festival director, Te Miringa Hohaia, outlines the festival for 2009.

Born and raised in Gisborne, Hone Ngata (Ngati Porou, Ngati Ranginui), has been living the hip hop culture since his early teens. Hailing from a musical family who played piano, drums and guitar, it was the beats of the 80s that started him on the path to becoming turntablist DJ Poroufessor. Fast forward twenty years, and DJ Poroufessor is mixing beats on his turntables alongside Tawera Nikau and Jenny May Coffin in the Maori television show CODE. A member of Te Puatātangi, the organising board of Māori music week Paopaopao, Hone emceed the hip hop night. Justine Murray catches up with him. 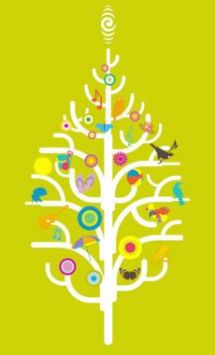 In Nga Tāonga Korero, an archival segment is a timely reminder that Christmas is only a few days away. Former Bishop of Aotearoa, Whakahuihui Vercoe (1928-2007), delivers a Christmas message about the purpose of the festive year with a simple yet meaningful story. The segment opens and closes with Christmas carols from the Pātaka Choir of Rotorua from the 1930s and 1940s.

What's hot in your rohe this summer season? Te Ahi Kaa hears about the summer hotspots around the motu according to iwi radio presenters. From Omapere beach in the north to the Mount in Tauranga, the presenters also share their Christmas plans.

It's the last Te Ahi Kaa show for 2008, so make sure you all enjoy your summer break. Have a fantastic Christmas and New Year's.

Hokohoko - to purchase, also a reference to second hand shops

The website where you can subscribe for the Māori word of the day or He kupu o te ra is http://kupu.maori.nz/

Always on my Mind - Tiki Taane