The land is forever, but eventually man disappears
Voiced and explanation by Regan Murray

Ana Tapiata talks to Tom Calma, the Race Discrimination Commissioner at the Australian Human Rights Commission. Calma, whose Aboriginal tribes are Kungarakan (on his mother's side) and Iwaidja, (on his father's side) - both from the tribal areas south-west of Darwin - has worked in indigenous affairs for thirty-five years, in both the private and public sectors. At a time when political history is being made around the world, what is the political future of the Aborigine people? Calma tells Ana Tapiata that he is encouraged by the current Australian government, but, though many Aboriginal people welcomed Prime Minister Kevin Rudd's apology, there is a long way to go. 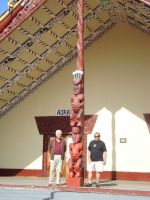 'Nga hau e wha' means 'from all four winds'. In Māori terms, this can mean from all four corners of the country. That was the thinking behind the construction of Nga Hau e Wha National Marae in Christchurch, a marae that welcomes all iwi, not just iwi from the Ōtautahi area. Justine talks to Pete Mason (Ngati Porōu, Ngai Tahu) and Kaumatua Mike Kaui (Ngati Porōu) at Nga Hau e Wha Marae. 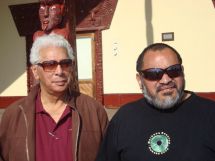 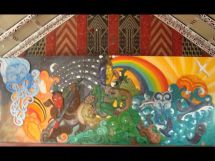 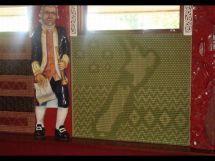 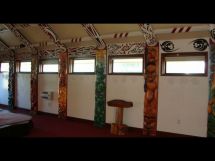 Contemporary carvings and tuku inside the Whare Tipuna Aoraki.


In Ngā Tāonga Korero, our archival segment, Henare te Ua presents part one of a two part series in which Sir Tipene O'Regan presented a lecture series in 1987 about the boundaries of the iwi Kai Tahu and the origins of the tribes in the South Island.

Whare wānanga - a place of learning

Māumahara - remember or in remembrance of

Powhiri - a welcome ceremony held on a marae