'Because we eat animals, we underestimate their mental abilities'

No generation has loved animals more than us. In the UK alone, a total of 3.2 million households have acquired pets since the start of the pandemic.

However, no other generation has kept more animals in factory farms, or pushed more of them towards extinction, writes author Henry Mance in his new book, How to Love Animals in a Human-Shaped World. 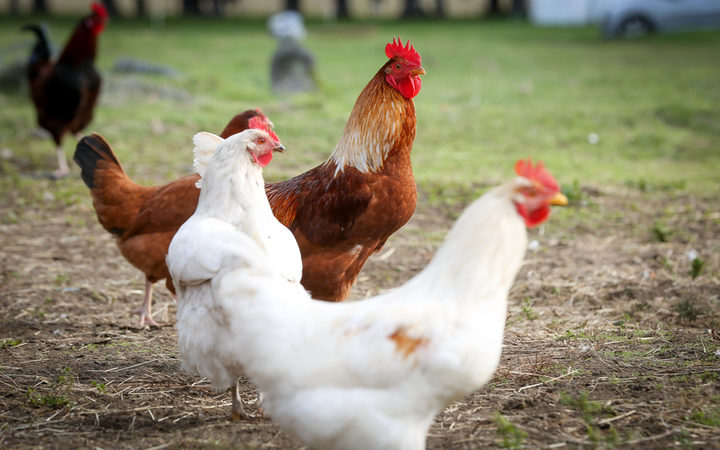 Wanting to see the industrialisation of farming for himself, Mance tells Jim Mora he sought out work on a factory floor.

“I wanted to not just write about industries from the outside and write them off as right or wrong but to experience it and understand what part they play in our society.”

At an abattoir in London, Mance says he wasn’t even given training before he began to work.

“And I was there just sort of dismantling sheep and I suddenly realised this is a job that not many people want. In Britain, it’s mostly EU migrants who do the work and it’s a job that’s pretty gruelling, pretty hard and if you don’t pay attention to your fingers, you might lose one of them.”

It was on the factory floor he really saw the power of humans.

“Here was a facility with not particularly advanced technology...and it was sucking in hundreds of sentient mammals a day.

Mance then went to work on a pig farm, where he says he saw pigs living unnatural and strained lives.

“As humans, we can’t really tell whether a lot of other animals are happy and I think one of the things that we have to therefore rely on is [asking ourselves] do animals have the ability to take choices over their own lives, do they have the ability to spend time with other animals that they want to spend time with, move freely across the natural world?

“On a pig farm, even a pretty decent pig farm, I didn’t feel that was the case.”

These pigs are born from artificial insemination, constrained by us, and die on our terms, Mance says.

While the pig farm was run by good people, he says he didn’t feel comfortable getting his meat from there.

When Mance began writing the book he was a vegetarian. He’s now a vegan.

“If you’d said to me a few years ago that I would be a vegan I would have thought that was very extreme, my wife described it as a divorceable step.

“For me, one really key moment was the birth of my kids and seeing how they brought animals back into the household.

“Suddenly you have storybooks you have teddys, soft toys, cartoons on the TV and all of them are representations of animals and you realise that you’re bringing your kids up to think that animals are the most wonderful, beautiful things and that they have this almost sacred place in our society."

Mance felt that he was surrounding them with a contradiction.

“I suddenly thought hold on, what am I doing to repay all of that beauty. It’s been a gradual process of exploration and I don’t claim to have all of the answers, but I really think that if more people did that, they would change the way they eat, change the way they live.”

The rise of chicken

“The rise of chicken is incredible.

“Almost by accident in Delaware, a woman who discovered that you could keep chickens for meat, breed them and then all of the developments of factory farming means that really maybe 70 percent of birds on the planet are chickens.”

In most western countries, chicken is the most eaten meat, he says.

Free-range can’t take away from the fact that we’ve bred chickens into shapes that are fundamentally unhealthy because that’s how industrialised farming works, he says.

Farmers are wonderful people, Mance says, and he doesn’t want his book to become part of the culture wars.

“I think there is this kind of consensus that we need to cut down on meat, if for nothing else, the climate reasons. Even if you don’t come the whole way on the journey with me to giving up milk, giving up meat, I hope that I can convince you that there is a middle step whereby we don’t keep expanding.”

There’s an incompatibility with the amount of land we have and all of the things we want to use it for, he says.

“Something has to give.”