Amy Winehouse 'despised fame more than anything else'

It's a harrowing story that looks at his role as her 'protector' from the age of 17 through to her untimely death from alcohol poisoning in 2011.

“You ever meet someone and it’s like looking in the mirror, someone who it’s literally the other half of you?” James asked Jim Mora.

“That’s what I had, and I feel very grateful to have had that for the time I did...Amy was my family.” 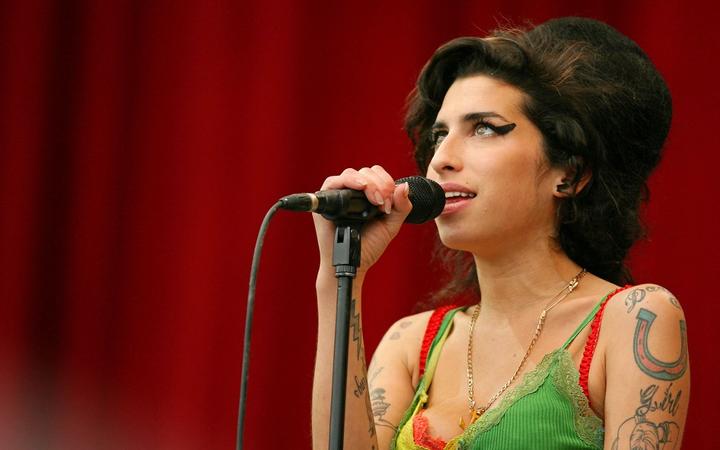 Life with Winehouse in the early days was amazing, James says, who was also pursuing a musical career.

“We were two youngsters living our dream. We were on tour all the time, Amy would watch me from the side of the stage, I’d watch her...

“If only things had stayed that way, I truly believe she would’ve been alright.”

Following the success of her debut album Frank in 2003, and as her stardom grew, Winehouse began to lose her freedom and privacy, James says.

Paparazzi began sleeping outside their house, he says.

“We had a psychiatric nurse living with us for a while, it was insane, it’s stuff people can’t really imagine.”

James says Winehouse was now expected to be a brand, not a person.

She just wanted to be normal, he says.

All those years ago it was James who encouraged Winehouse to make the demo tape that launched her career.

James is convinced if she could have turned back time to lead a normal life, she would have.

“I kind of felt responsible for the life that had been bestowed upon her and I just wanted to help her.

“When you love somebody, you’ll go to the ends of the Earth for them, you’ll do anything for them."

James says despite what the public may assume, in the last three years of her life, Winehouse was sober and hadn’t taken any drugs. Instead, she’d replaced her drug addiction with alcohol.

“What they don’t realise is she wanted to be sober. She wanted so bad to be sober, and she was for that last year of her life, she was sober most of the time.

“When she’d relapse it was biblical, don’t get me wrong, Amy wouldn’t do things by halves.”

Every time Winehouse relapsed, James would move out of their home and return once she was sober.

“I didn’t want to be seen supporting it at all. By this point there were letters from doctors saying if she drank any more, she’d die.”

Relapsing was what killed her, he says.

“It was an accident, and I didn’t expect it to happen at all.”