Gabriel Byrne: 'We all walk with ghosts'

Hollywood leading man Gabriel Byrne has played some memorable roles in his prolific film career, but his new autobiography, Walking With Ghosts, could be considered his boldest and most dramatic work yet. 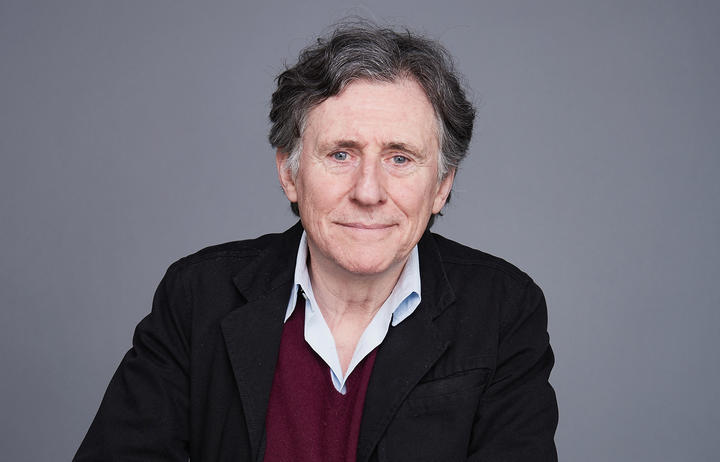 Byrne joins Sunday Morning to discuss writing the book, his sobriety, and the #MeToo movement.

He says he was nervous about releasing the book but was determined to be truthful writing it.

The memoir does deal with some dark themes, including the death of his sister at the age 32 after a struggle with mental health. Byrne says he wanted to “break the silence that surrounded her illness”.

He uses ‘melancholy’ to describe his feelings of sadness or deep suffering, which arguably is portrayed in the characters he has played on screen too.

“I think that’s inside me, I also think that it’s inside so many people, but we’re trained in the culture not to express it very much, because ‘you have to always be on your game and smiling and up’ and so forth. But I think the experience of life, to a great extent, is about sadness and pain. That’s not to say it’s not also full of joy but I think the characters I have tended to play have been deeply felt characters who exhibit their pain.”

He has learnt to counter that with observing the small joys in life, like “the childhood thrill of finding a hawk feather snagged on a briar, or the taste of wild blackberries after rain”.

“I’m looking for those moments all the time and I think they’re better suited to writing than they are to say acting.”

The title of Byrne's book was inspired from what a native Indian American said to him before a walk to commemorate the Great Famine of 1845 in Ireland. 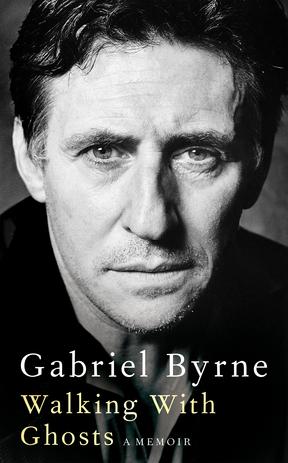 “He said before we started the walk ‘remember we never walk alone, we walk with ghosts and spirits of our ancestors and the memories of what has gone before us’, and it really struck me, because even though they may not be physically there, they are in a way through the memory of them. They are walking with you.

“My father, my mother, my sister, and all the friends I lost, I feel walk with me and talk to me. Maybe not in recognisable human ways, but they do walk and talk with me and it’s kind of a comfort in knowing that one isn’t cut off from the past because people have moved on.”

He says he’s not by any means a religious person, but he believes in that aspect - that we all walk with ghosts, whether it be “the ghost of regret, the ghost of sorrow, the ghost of joy.”

“Everything that has passed and gone is still within us, because who are is who we were.

“When you believe without question, it answers many of the complex questions of life very simply, if you don’t believe, you have to search and I do believe the journey through life is a journey of searching and revelation — and you may never find the answer, but it doesn’t matter, the quest is what’s important.”

‘He said ‘you’re from New Zealand, aren’t you?’

It was a big deal when Byrne was cast into Defense of the Realm in a leading role in an English part, with boards outside Ireland’s cinemas showcasing their pride in the actor.

In one promotion event, he took questions from the public in a packed town hall, where unbeknownst to him, his mother was sitting in the audience.

“She said ‘I’d like to ask a question, I’d like to ask himself, why don’t you tell them about the time you got diarrhoea on your first communion day and you hid … and I had to bring you home.’

“People say Irish mothers have a way of putting you in your place and making sure you don’t rise above your station.

“So I had to tell that goddamn story in front of 300 people who howled in delight and my mother was almost taking a standing ovation for putting me in my place.”

But while he had become the pride of the country, at the same time some were telling him to lose his accent. His agent recommended a coach who could help him.

“I was desperately trying to get the received English accent into my head, and she [the coach] said 'now, what I want you to do is go out and talk to people at parties and get comfortable with this accent'.

“One day I met this actor and I didn’t know the bloke, so I went up and introduced myself to him in this accent that I paid a lot of money to cultivate … and he says to me ‘well actually we’re going out your way soon, we’re going on a tour … we’re starting off in Adelaide, and then over to Sydney then we’re going over your way, over to New Zealand.’ He said ‘you’re from New Zealand, aren’t you?’

“And my accent completely collapsed, and I said if this guy thinks I’m from New Zealand, I need to get money back from this woman.”

As Byrne rose to fame, he acted alongside the late Richard Burton in the miniseries Wagner. That’s when he was given an unforgettable piece of advice that has stuck with him.

Fame doesn’t change you, Burton told him, it changes the people you know.

“Fame is like a beautiful suit you put on, and it changes everybody around you. I’m talking about people who are mega famous who can’t go down the street to get a sandwich … he was saying to me, beware of that, because fame as exhibited by the crowd is a very illusory and fickle thing.

“[He said] you have to be very careful not to lust after fame because it is a drink that you take first of all because it tastes good, then you need to taste it, then it turns to a poison that you can’t stop drinking.

“I never forgot that conversation because he was a hero of mine.”

Byrne says he feels “intense sorrow” for people who are hunted down by paparazzi, because he can sense they’re screaming on the inside, while the outside is all that people are interested in.

“I’ve had glimpses of that in my own career and I’ve never been comfortable with it.”

The actor has gone about 25 years without drinking alcohol, but there was a time where he says he could have died from his addiction to drink.

“It was always serious, I’m lucky to be alive to be honest.”

“I would’ve died for sure … and so many of my acquaintances and friends have died. Richard Burton was a very heavy drinker … he was 58 when he died. Even though I was 25 years younger than him, to me he looked like he was 88, not 58. His body was destroyed by alcohol.”

He says he didn’t want to die from that addiction — to avoid reality through alcohol — and realised if he wanted to survive he needed to be in the present moment.

“Although I was afraid of that, afraid of having to live without the crutch of alcohol, it’s been like somebody handed me a key and said there’s your freedom, walk out that door, you don’t have to walk back again.”

The book contains some astounding reading, including the revelation that Byrne was sexually abused by priests from the age of eight.

But speaking of his experiences of having filmed three films with infamous producer Harvey Weinstein, he says he knew Weinstein was a manipulative bully but wasn’t aware of the sexual crimes at the time.

“There weren’t that many rumours about Harvey, what the rumour was was that Harvey would try his luck, even though he’s married.

“Nobody knew really except the enablers and I reserve a certain disgust for those people who enabled Harvey.”

He says it wasn’t regarded as unusual for producers, actors and directors to meet in hotel rooms.

“The girls were terrified to say anything because Harvey could end your career with one phone call, there was also the fact that they probably wouldn’t be believed, the idea that ‘it was your fault’, ‘why did you go?’ all that stuff.”

But he highlights that predatory behaviour extends beyond Hollywood.

“When one person abuses the power over another person, it doesn’t matter where it happens.

“There was that notion even when it was rumoured and known, there was kind of an acceptance of it ‘oh that’s him’, there was very little thought for the victims.”

But the #MeToo movement and victims’ testimonies are making it easier for other victims to come forward about their experiences too, he says.