When telling a lie, it is not uncommon for men to imitate the body language of other men they are lying to without realising they are doing it.

In a fascinating new study, Sophie van der Zee from Erasmus University Rotterdam has discovered that liars often deliberately change their behaviour into a way they think truth-tellers behave. She joins the show to explain how it all works. 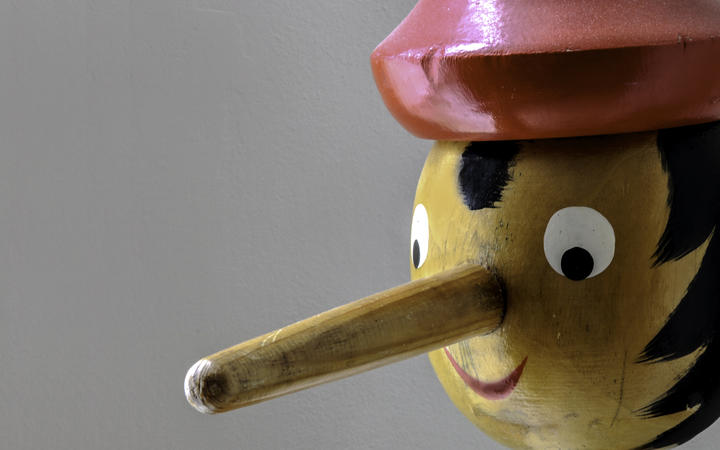 "We ran two experiments in which we put motion capture sensors ... on the bodies of participants that were chatting to each other and we analysed what happened when they told the truth, when they told a concealment lie - where they didn't mention something, and a fabrication lie, where they had to come up with a whole story," van der Zee said.

"In this study we specifically tested men, because mimicry - we basically looked at the correlation between two people which is also called non-verbal mimicry.

"We know from other research that people mimic each other more when they like each other so we thought if we had a boy and a girl or two people who are attracted to each other, then that might interfere with our experiments."

She said there was evidence that when brains were busy, people fell back on automated processes.

"Mimicry is one of those automated processes. It's one of the earliest things we do in life. Babies mimic their parents.

"We've been using different types of technology to see if we can improve deception detection and so far that's been working really, really well.

"In this case we looked at the interaction between two people and we found that people co-ordinated their movements more than when they were telling the truth, especially when it was a very difficult lie."

Previous research van der Zee had worked on found liars moved more of their entire body than those telling the truth.

Motion sensors used in the tests were similar to those in a mobile phone or smart watch - and they were sensitive enough to detect if people were telling the truth or lying.