Novellist James Grant - aka Lee Child - is stepping back and passing down his much-loved character Jack Reacher to his brother, who will continue the blockbuster series. 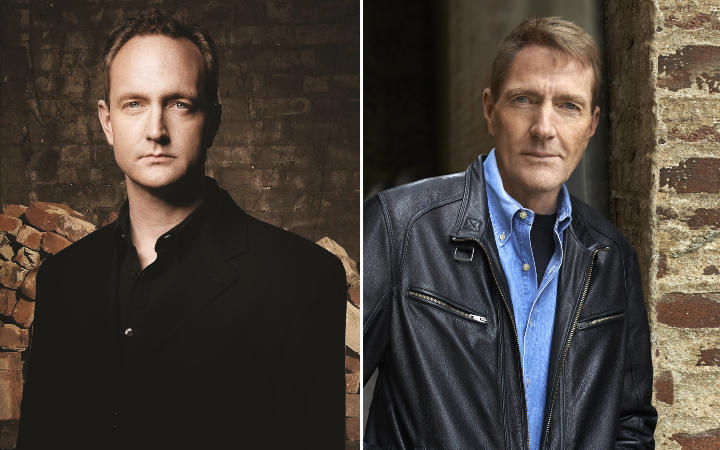 The Sentinel was published last month and is the 25th novel in the Jack Reacher series. It is the first to be co-authored by Andrew Grant, published using their pen names of Lee and Andrew Child.

James has sold more than 100 million copies of his Reacher books since releasing the first novel Killing Floor in 1997.

But he says his days as a novellist are at an end, as he sensed he wasn't able to offer a modern take on the character.

Instead of ditching the series altogether, he passed on the mantle to someone best equipped to carry it - his younger brother, another gifted writer who had followed the series from the start and was heavily vested in its continuation. 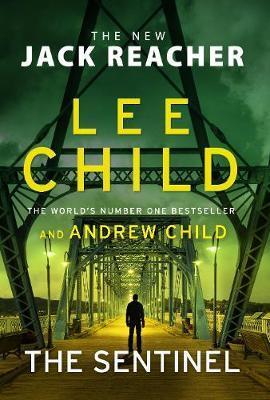 "I don't want to be the embarrassing guy that sticks around for a season too long - or in showbiz, if you're past the sell-by-date and you're still onstage, well, that's no good.

"So, what I've always tried to do is be aware of 'when am I losing it' and is the culture moving ahead without me. I can sense that coming up, so I thought I better do something about it and normally I guess the thing to do would have been to finish the series and say 'that's it'.

"But there are so many Reacher fans around the world - and especially in New Zealand, as we know - that I thought 'I can't do that to people, you got to find a different solution'. Andrew being a writer, he's very similar to me, we're similar people, I thought he's the only chance for this."

James said retirement would bring opportunities to simply do nothing but read the books he never had time to look at in the past, and enjoy doing so.

"It's the only thing that ever annoyed me about writing, it takes a lot of time away from reading," he said.

For Andrew, the move was unique and said it was important for fans to know that his brother had passed on the project to someone authentically close to the character. He had read all of books from the series and was in tune with his brother's thought processes and what made Jack Reacher special.

"Part of what we're doing is completely unique because there have been plenty of occasions where an author has died and a few years later his estate has contacted somebody to see if they'd be interested in continuing the series that had laid dormant for a few years.

"But no one has ever handed to baton from one living writer to another, particularly not his own brother."

James said Andrew had transformed the series into a more 21st century affair than he had been capable of himself, but that the brothers had collaborated well on the new book.

The character of Reacher, he said, was something he had internalised over the course of 25 years.

Characterisation had often been discussed among the brothers. When some current event would be mention in the news, for example, the brothers would muse over how they believed Reacher would react, how would he feel about it.

"I think myself and Lee are cut of the same cloth, so, whatever amount of Lee that is in Reacher I would say is similar to me," he said.

Andrew recalled being asked by his big brother to read the manuscript of Killing Floor, his first novel published in 1997. He had been made redundant, with a mortgage to pay and children to look after. Writing for a living was a high-risk move and the stakes were high.

"I've never been more nervous picking up a book in my life than it one. But within one sentence I knew that it was going to be fantastic," Andrew said.

"For me, I remember so clearly thinking 'I know this character', even though I didn't know his name, I knew how he'd respond to different situations, I knew what his motivations were, what his values were, his character was.

"So, when Lee brought up the idea of joining him first and then ultimately taking over the series, when I was thinking 'wow, can I do this?', what it all came down to for me was I've been a Reacher fan for that long and I lived every year for that fix of the new Reacher story and I thought 'well if I don't do it there'll be no more Reacher stories', I just couldn't do that."

His heroic though character will remain largely unchanged, Andrew insists.

Meanwhile, James will be involved in producing a new TV series based on the Reacher character and looking forward to shaping the project. The actor playing the role is Alan Ritchson.

In the new book The Sentinel, Reacher is more ruthless than ever, punishing those who cross the line and try to make his life difficult.

"But he's not indiscriminate. He doesn't just run around, whatever town he finds himself in looking for trouble and picking fights with people. Wherever he goes he'd rather be left alone.

"He just wants to live his life, drift around and do his own thing... he's very moral," Andrew said.