A major new study out of the University of Otago shows that fathers of newborn babies can be forgiven for feeling a little hormonal. 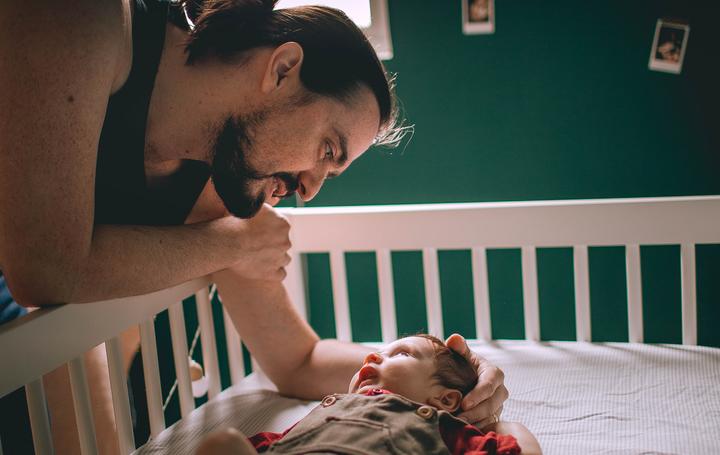 It turns out that they are being flooded by the same chemical as a breastfeeding mother.

The part played by the prolactin hormone in fostering a mother's attachment to her newborn baby has long been understood - but until now, there has been little understanding of why new fathers also show heightened levels of the prolactin.

Otago's Dr Kristina Smiley and an international team have shown how the hormone helps men to bond with their children over a two-year study, recently published in the leading journal Cell.

Smiley said that while it was already known that prolactin rose in in expecting fathers, there was no conclusive evidence on what it actually did,

The team in Otago worked with a team in Sweden to study the parental behaviour of rats and mice - while male rats played no part in taking care of babies, male mice did look after their young.

"The way that the brain actually pumps out prolactin, the way it regulates how much prolactin gets secreted to the body is totally different in these animals," Smiley said. "That results in these rats having really low prolactin and mice having really high prolactin and that totally maps on to whether they provide parental care or not."

Researchers switched this, giving the mice low prolactin and making it so their brains couldn't respond to the hormone, while doing the opposite for the rats.

As a result, the male mice stopped taking care of their young, while the male rats started to display paternal behaviours.

"Hypothetically, that's probably what it seems like, but we have to remember that prolactin isn't the only thing that changes," she said. "We've shown that prolactin is required and you need this and we've shown that you can kind of turn paternal care on and off, but that's also working on this background of all these other hormonal changes that have happened."

Changing these hormone levels was also a lot trickier to do in humans than it was for rats and mice.

While expecting mothers went through a lot of check ups, particularly around hormones, the same wasn't done for fathers.

"We're not really sure how these interact, maybe that's the key," Smiley said.

"I think when you get a study like this, you've answered a lot of questions but you've opened up a lot more at the same time."

Smiley also spoke of the differences between post-partum/post-natal depression and mood disorders and how they differ from similar disorders in non-parents.

"In humans, if you do a brain scan, the brain of a post-partum depressive person, their brain's going to look completely different from someone who just has major depression.

"That's trouble, because we're treating post-partum depression in the same way as major depression and they're clearly not the same thing."

She said similar mood changes happened in fathers as well and were not yet completely understood.

"We can't really make specialised treatments for men and women unless we know whether the parental care's regulated in the same way to begin with."