A new study out of UC San Francisco has found that low-carb, high-fat ketogenic diets have a dramatic impact on the microbes residing in the human gut and the tissue that lines our gut.

In ketogenic diets you reduce the consumption of carbs to force the body to alter its metabolism, and it starts burning fat molecules rather than carbohydrates for energy. 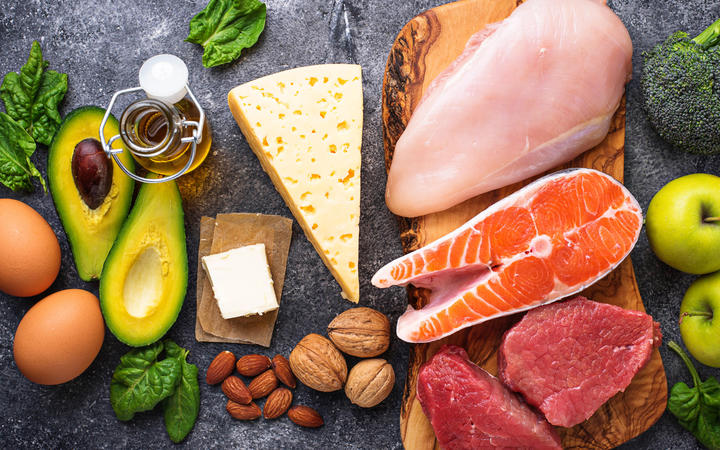 The full keto diet, it is said, can cause low blood pressure, kidney stones, give you bad breath and increase your risk of heart disease.

At the same time, the ketosis process that produces ketone bodies when they end up in the gut may be doing something useful for people with specific medical conditions and there may well be a halfway house with keto.

Dr Peter Turnbaugh is a UCSF associate professor of microbiology and immunology in the medical school and led the study which examined the impact of such diets on the gut.

“Specifically, we’re studying the microbes that live in the gut and we have found, both in humans and mice, that they have a big effect on the complex microbial communities that live in our gut.

"Also they have many important effects on the tissue that lines our gut.”

There is some evidence that ketone bodies can reduce inflammation, he says.

This could have implications for people with conditions such as inflammatory bowel disease, he says.

“There are many people that suffer with inflammation with their GI tract and there’s been a lot of interest in how the microbes in our gut may contribute to that inflammation.

"It’s also possible that these interactions could matter for other organs."

The study looked at bifidobacteria and their link to inflammation.

“One thing we have been pretty intrigued by, on the bacterial side, is for a long time the focus on bifidobacteria was in terms of their anti-inflammatory effects.”

However, they found that bifidobacteria andilumcentis, a species of bifido normally found in the adult human gut actually induces pro-inflammatory T-cells.

“On the bacterial side it’s really important to think about the specific stream of bacterium,” he says.

The study also found new information on the effect of fat intake, he says.

“Previously we had shown that if you start on a really low-fat diet, in animal models, and just give them higher and higher levels of fat, that changes the microbes that are in the gut in a way that is really predictable based on the level of fat in the diet.

“Whereas in the current study when we kept going higher and higher to the point where now there is ketogenesis, we start to see that some of the changes that are induced by the high-fat diet are reversed.

“That really points to the fact that it’s not just a simple linear relationship between diet and the microbiome, that something different is going on at the extremes of fat intake.”

He hopes this new information will lead to better therapy in the future.

“Right now, we don’t really know enough to make strong claims especially with regard to the microbiome.

“We’re hoping that this information is really going to be helpful in the future as we start to understand how to tailor diets for specific patients.”