Amos Nachoum: 'Rather than aim a gun, I aimed a camera.' 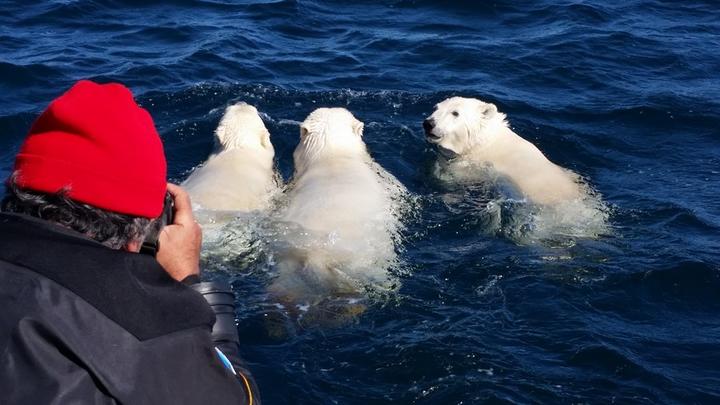 The multi-award-winning photographer, who has shot images in Milford Sound and the Bay of Plenty in his time, tells Jim Mora he has used his acute survival and observational skills honed while in the Israeli army to get close to some of the animals considered most dangerous in the world.

Doing so has not only been exhilarating, but a means of showing the world humans and wild animals can have harmonious and respectful interactions, if only we acknowledge these creatures have a right to exist in their natural environments.

“It is a place where all my senses are alive… whether it is being on boat, whether it be on the ice with a polar bear, or with a Siberian tiger, looking at them, watching them, waiting for them to do something, and when day after day nothing happens I don’t let my human disappointment take over,” he said.

His 35 year quest to dispel the myth of ‘dangerous wildlife’ and raise awareness about and endangered species has led to expeditions across the globe and the subsequent photos have led to dozens of accolades.

Amos has twice won the BBC Wildlife Photographer of the Year award in the ‘animal behaviour’ category.

His new film, Picture of His Life, shares his photographic dream of becoming the first person to photograph a polar bear underwater while swimming alongside it. It is screening online at the DocEdge Film Festival this month.

He considers himself lucky to be the first still photographer to snap not just one polar bear but a family of them – a mother and two cubs in Arctic waters. The epic encounter makes him one of only five people to have gone diving with polar bears.

However, an unsuccessful attempt years before had been a terrifying failure.

“What happened 15 years ago was part of my continual effort to photograph or to document authentically the life of the biggest animal on the planet, rather than to call the most dangerous,” he says.

“I was quite [a lot] younger and cocky and I went by myself, meeting a few other people on the road to Canada that were willing to join me in the adventure.

“I went to the water with a camera and weight around my waste almost 35lb, the tank on my back and I was swimming after I jumped off the boat and the polar bear was only in front of me about three metres.

“I was waiting for the second person to come because when there is more than one person in the water we are a bigger target and when close to each other the animal will not attack us. That’s also what I learned being with elephants, being with lions and being with sharks.

“But I realised I was still alone. I looked back at the boat and the guy who was supposed to come, he’s still attached to the boat, with two people holding him because he lost the tank that was attached to his back.

“I’m looking at the boat, I’m looking at the bear and the distance between us is getting closer. So, I decided to go diving and the bear has decided to go after me. I did my research about other people who have been with polar bears. Two of them, one Mexican and one Italian, had claimed that the bear that they said was a polar bear did not dive more than 30 feet. According to physics and biology it is clear why this is so. The bear is quite heavy, has a lot of fat and also the fur absorbs a lot of water, bringing a lot of resistance.

“So, with all this is mind, I decided to dive at 10 metres, but because of my experience with other animals in the wild, animals including the bear don’t really read what we write about them, and they exceed expectations in situations, so I decided I’ve go to about 40 feet to 50 feet to be safe.

“I looked up and the polar bear was still after me, it was about one foot away from me. Man, I got scared. I started to dive deeper and deeper until I got to about 80 feet and the bear was a few feet away. It had stopped swimming and started hovering looking at me. It couldn’t hold its breath anymore.”

The experience didn’t put him off diving with polar bears, it simply increased his resolve.

“I knew if I had a better team that I could do it again and do it right,” he says.

Although that isn’t to say his successful attempt didn't have its hairy moments. A polar bear again went after him, but this time it stopped after diving about 20 feet. 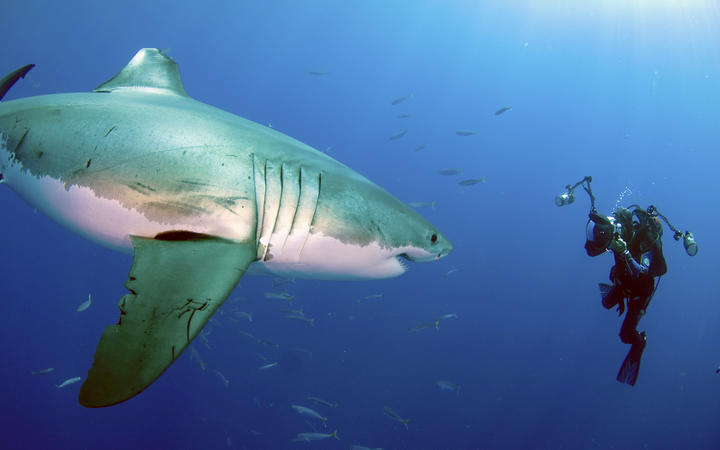 Nachoum’s work has often been geared towards showing how wild animals can have safe interactions with humans if treated with respect. The polar bear, however, is the one animal that puts humans on its menu as part of a regular diet.

He puts this down to the effects of global warming destroying the bears’ natural habitat, forcing the animals closer to humans after being attracted to their garbage. To be safe and to have a what he calls a more authentic experience with the bears, the team ventured far out into remote Arctic terrain for their shoot

“We went far away to another location to an area where clearly those polar bears that we met there had never seen humans before,” he said.

Bears aren’t the only wild animals that he has rubbed shoulders with. Anaconda snakes, leopard seals and great white sharks, he says, are perfectly adapted to the environment and humans must learn to adapt to them. Dismissing popular misconceptions, using common sense and a healthy dose of fear as a guide to action can ensure success in this respect.

“What I learned about fear is fear made me more alert,” he says, referring to his time spent in the army.

“All my senses are up, my ears, the smell, the eyes. That’s how you are going to survive and eliminate the possibility of falling prey to a situation.”

An example he uses is when he photographed a great white shark after stepping outside of a shark cage. It was placid and simply curious, as it wasn’t attracted to the cage by the use of a bloody bait.

“When I was holding on to the cage and the shark was swimming around me, the shark did not care about me at all.

Nachoum was a member of a specialist commando unit in the Israeli army, operating in a hyper-adrenalized environment, swapped it for other similar environments - as a war photographer and then wildlife photographer.

Abandoning a job as a war photographer after witnessing the genocide in Rwanda in 1994, he began pursuing his new mission in life with gusto.

By substituting a rifle sight with that of camera lens, he has affirmed a love of life and the planet in a new benign  quest to promote a harmonious co-existence.

He now wages a campaign to bring people into the environmental movement, to free a fragile planet under seige from forces of ignorance and degradation and help save the many species now on the brink of extinction.

Picture of His Life is screening online at the DocEdge Film Festival this month.