With water restrictions being placed on Auckland and Northland due to drought, should urban dwellers be storing rainwater for irrigation and non-potable use when the weather gets dry? 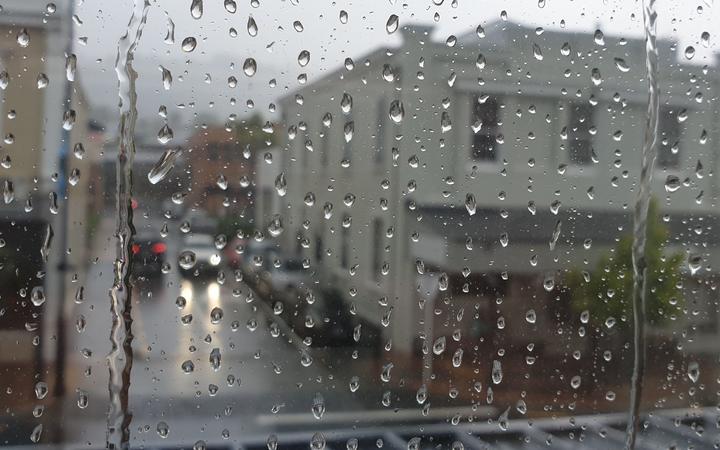 Auckland Council's water strategist Andrew Chin spoke to Sunday Morning about the issues with rainwater tanks in the city.

He said last year the council engaged with the public about the city's water and the most common feedback asked why it was not incentivising rainwater tanks and harvesting.

"We ... insist on rainwater tanks in a lot of new developments, mostly for stormwater purposes, to slow down the runoff of water from hard surfaces of your roof and driveways and the like. That fast runoff can cause erosion in a stream, it depletes the groundwater and it increases the sediment loads that get into our harbours."

Chin said storm water could be used for other purposes like toilet flushing, washing, irrigation and so on, however, there were a lot of barriers in planning rules and building codes.

"You can use rainwater tanks for non-potable use but one of the unintended consequences of our rules, for example, is a tank over a metre high is classified as a building ...

"Often you want a tank over a metre high so you have enough volume to store. If it's a building, it suddenly triggers the need for a resource consent if you want to put it close to your boundary fence or in your front yard or side yard."

The council was currently working to remove barriers like that, he said.

"We want to make rainwater tanks a permitted activity in far more criteria but we still have to have some controls in there so people don't create an eyesore for their neighbours."

The simplest thing to do was to have a tank set up for watering a garden.

There were "very low" regulatory barriers for doing that, but the closer the system got to internal plumbing, the more compliance and consent was required, Chin said.

"We are trying to cut through the red tape. One of the things we identified is there's a lack of clear guidance. We're developing an online tool so people can go to the council website, understand what sort of tank they can install, what kind of consents they would need, how big would the tank need to be, that kind of thing."

"I often think of rainwater tanks as similar to a desire to put solar panels on your roof to reduce your need for the electricity supply. You always want to have the surety of the main supply there.

"But if people have rainwater tanks I think one of the biggest benefits is that of resilience."

He said Wellington had incentivised people to have at least 200 litres of water storage.

"So if a major earthquake hits, they know that people at least have a volume of water that can see them through two, three weeks of a major disaster. And that kind of resilience, it's hard to put a price on that benefit."

He said before providing subsidies or rebates, the barriers to installing rainwater systems had to be removed.

"If we provide an incentive and people just spend it all on compliance and consenting fees it's sort of like giving with one hand and taking with the other."

Once the barriers were removed, the council would then look at a case for incentives, Chin said.

There was no one fix for all water issues, he said.