Johan Giesecke: Why lockdowns are the wrong approach

The lockdown has simply pushed Covid-19 cases and deaths into the future if a vaccine is not found relatively soon, a world leading epidemiologist says.

Professor Johan Giesecke is a Swedish physician and Professor Emeritus at the Karolinska Institute in Stockholm.

Sweden has not locked down and has pursued a strategy based on social distancing. 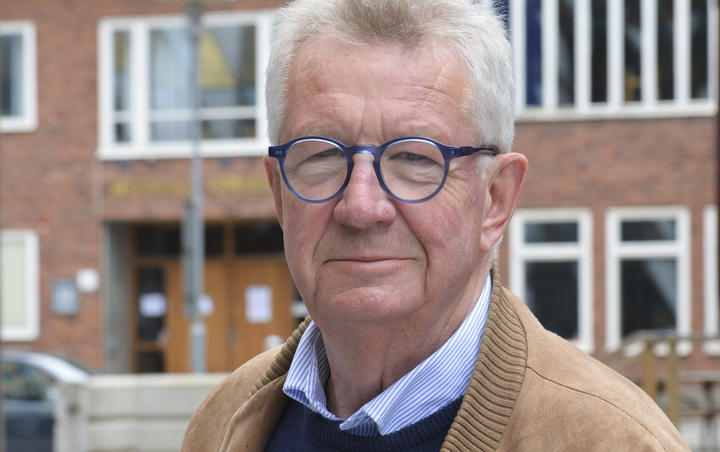 “You’re pushing your cases and deaths into the future, they are not disappearing,” Prof Giesecke told Jim Mora.

Prof Giesecke, who is a friend and colleague of New Zealand Professor Michael Baker, says the approach taken by New Zealand, which Prof Baker supports, could be the right approach if a vaccine comes along soon.

“Well if a good vaccine comes out relatively soon, then I think you made the right choice, if you manage to keep New Zealand virus free for some time.

“But if the vaccine doesn’t come around, or it is not very good, then you do have a problem.”

New Zealand will eventually have to open its borders, he says.

He agrees with Prof Baker that we won’t know which strategy was the most effective for a year or more saying it is too early to tell.

But he believes the Swedish approach could have worked in New Zealand, which he says was based on established science.

“I don’t think we’re sacrificing the old to reach herd immunity like everyone is saying, there are so many restrictions that are being applied in different countries that lack totally all scientific evidence.

“There are two things that have scientific evidence; number one is wash your hands, we’ve known that for 150 years, the other is keep your social distance - that’s also been proven.

“But things like border closure, closing our schools and such things there’s no science at all behind them, and the decision in Sweden was don’t do things that lack all scientific foundation.”

He believes that eventually, even with various levels of lockdown around the world, everyone in the world will be exposed to Covid-19.

“I think that in principle everyone in the world will be exposed to this virus sooner or later.

“The second thing is it’s mostly a very mild disease, some people don’t even realise that they have it and then there is a small percentage who get ill and an even smaller percentage who die. But the main pandemic is going on where we don’t see it, in people with very little symptoms who never approach healthcare.”

Because of this unseen pandemic, he believes projected death rates were over estimated. For example, he questions the modelling of Imperial College London which predicted hundreds of thousands of deaths in the UK.

“The main problem that the Imperial paper has is that it underestimates the number of cases that are light or not severe and that do not bring people to the healthcare system.

“And if you underestimate that, as they have done quite a lot, then you get problems at the end of the calculations.”

He says New Zealand could have pursued the more open Swedish approach.

“I think the Swedish model could have worked very well in New Zealand from what I remember from my visit. People are not stupid, if they are told this is the way to protect yourself and this is the way you protect others they will understand, and they will do what you ask then to do.

“We don’t need police in the street asking if you are going to the pharmacy or not, we don’t need fines for people who are outside when they shouldn’t be outside.”

If time proves him to be wrong he has no problem saying so, Prof Giesecke says.

“Of course, I would be prepared to admit I’m wrong … but I’m quite sure I’m not and setting your hope to a vaccine that takes much longer than anyone thinks it does, that’s number one, number two is a technical thing and that is having an actual infection gives you the better broader immunity than a vaccine.

“If you have measles once in your life, you’ll never get it again. Does a measles vaccine offer the same protection? Doubtful.

“So, if we now say that immunity to Covid is not very good, it’s weak and it’s not long lasting, that’s bad news for the vaccine. If natural infection doesn’t really give immunity, then it’s very difficult to find a vaccine that will give immunity.”

He says his “guess” is that Covid-19 will eventually attenuate.

“There are four coronavirus that only give you a common cold and my guess is that this one will in a couple of years or maybe a longer time, become more and more benign. And maybe in five or ten years’ time it will be the fifth of the common cold viruses that we have every year.

“That’s my guess, but that’s a complete guess, I don’t have any scientific foundation at all for that, but it’s my guess.”