Montreal filmmaker Sharon Hyman has lived just down the road from the love of her life, David, for the past 20 years.

The arrangement means Hyman, an extrovert, doesn't keep David, an introvert, awake late at night, and he doesn't wake her early in the morning as he heads to work.

Hyman’s second film, Apartners: Living Happily Ever Apart is due for release later this year, and documents a rise in the number of Canadians choosing to stay in relationships by living apart. 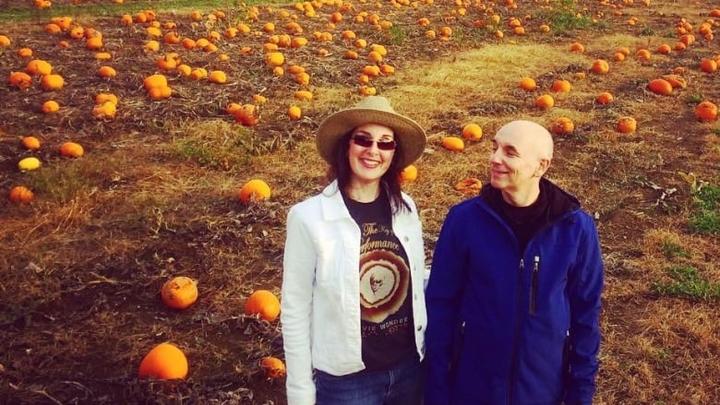 “There's this whole world of apartners that are sort of, we're still sort of in the closet, but yet it's quite common,” Hyman told Jim Mora.

Her own arrangement works very well for both her and her partner, she says.

“I feel like I have the best of both worlds. I'm in a very committed relationship, we’re about to have our 21st anniversary. We are there for each other in sickness and health.

"He's 15 minutes away, so I know he's always there if I need him and we care for one another. We have the intimacy and the communication and the caring and the love and all that stuff. But I also have time on my own, and I also have my own life.”

She says the arrangement allows her to devote more time to her elderly parents her friends and her work.

“Some people just really enjoy solitude and being alone and I'm one of them.”

The research Hyman undertook for her film suggests it is predominantly women who are attracted to this kind of living arrangement.

“The vast majority of women are the ones who are attracted to this way of living, and men are very resistant.”

So why are men resistant? Is it only traditionally-minded men was patriarchal attitudes?

Hyman says that discussions in an online forum showed that men were much more likely to see a real relationship as one conducted under the same roof.

However, where women initiated separate living arrangements, men got to like the idea she says.

She says apartnering isn’t for everyone, but it is increasingly seen as a viable option.

“There's no cookie cutter, one-size-fits all and I think that once people are aware of that it's very liberating.

“Because they don't feel this is the trajectory for love; we met, we fell in love, we're in a relationship now we have to move in together.”