Vincent Connare: on being the man who created comic sans 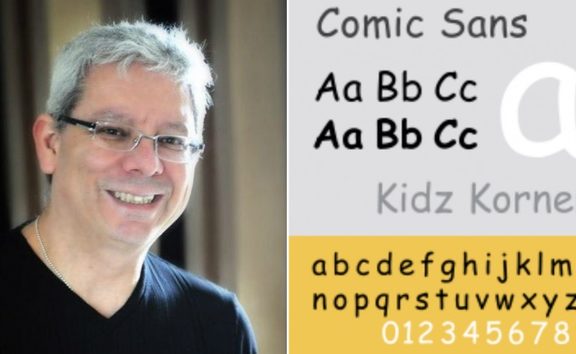 Vincent Connare created comic sans 25 years ago. Initially the font was intened to be used inhouse at Microsoft. It was then released with Windows 95, initially as a supplement "plus" pack. It then became more widely available and - it was being used as far back as Windows 95. Its design was meant to be light-hearted and intended for comic-style use. However the font's since become a much more serious matter about when it is appropriate to use comic sans and a campaign was launched, "Ban Comic Sans". However it's now used by some notable groups such as the scientists at the European Organisation for Nuclear research who used the font to announce the discovery of a new particle. Vincent Connare talks about the humble origins of comic sans and why it's provokes such strong reactions.