Engelbert Humperdinck on touring and singing at 83

Engelbert Humperdinck (born Arnold George Dorsey) will turn 83 on May 2. 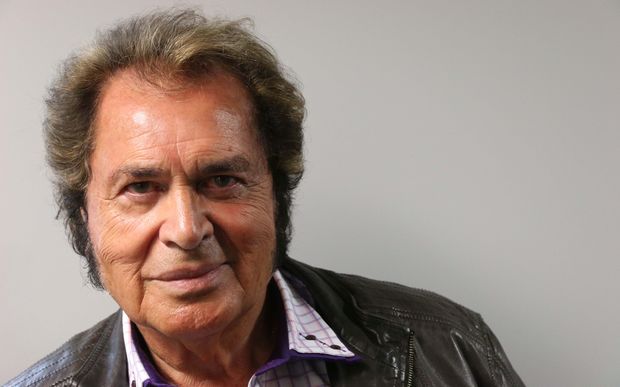 “I never stop working, I love it. I love what I’m doing, and I just keep doing it. This year is going to be quite a busy year for me because we’re coming your way, and Australia, Jakarta, Tahiti, places like that.”

The Man I Want To Be tour takes its name from his latest album, released at the end of 2017, marking his 50th anniversary in music. The album, which is made up of original tracks and covers of contemporary songs including Ed Sheeran's 'Photograph' and Bruno Mars' 'Just the Way You Are', has received rave reviews.

Humperdinck says he first met Bruno Mars when he was five-years-old.

“Many years ago, my fan club held an end-of-year party for me in Hawaii and the entertainment that night was a little five-year-old boy called Bruno Mars, dressed up in a little Elvis suit. He did a half-hour session and it was amazing and I said to him then, ‘young man, you’re going to be a big star -  a mega star.’”

Unlike Bruno Mars, Humperdinck wasn’t propelled to fame at a young age. He had to work throughout his 20s to build his career in showbusiness. He says entering the limelight at a later stage helped him prepare for fame.

“It took me so long to get there, so by the time I got there I knew how to handle it and not let fame run away with me and get conceited. I kept a level head and, bingo, I’ve been around now for 52 years.”

Humperdinck credits changing his name (from Arnold George Dorsey) and cultivating a new look; in particular, the sideburns, with helping him achieve fame. Despite his dashing looks, Humperdinck was self-conscious about his appearance and used to try straightening his teeth by sleeping on them.

“I had protruding teeth and I used to lie on my fist to try get them shoved in during the night hoping they would go in, and eventually they did. I didn’t have braces or anything to correct my teeth, I did it with my own hand.”

It could perhaps be described as New Zealand’s unofficial anthem, Ten Guitars, released in 1967 was a huge hit locally and called the best country song of all time by the Topp Twins. It was a B-side on the biggest hit Humperdinck ever had, his album Release Me.

“It was a double A-side as far as I was concerned, and it’s been in my life ever since.”

It’s been a long time since then, but Humperdinck has been along for the ride the whole way.

“I was watching the Grammys and the music has changed somewhat. The melody has gone on a little hike somewhere. The music is so different today, but you have to go along with what’s happening otherwise you get left in the back of the queue.”

However, he doesn’t feel any pressure to mix in the right circles and eschews the Hollywood scene.

“I’m in the spotlight I guess, but I don’t do what a lot of Hollywood people do and hang out in Hollywood parties etc because I don’t have time for that sort of thing. I’m usually working and if I’m not working I like to spend my time at home with my wife and family.”

Humperdinck’s wife, who he’s shown emphatic devotion to, has had Alzheimer’s for a number of years.

“We’re doing our best to find a cure for it, and Western medicine says there is no cure, so I’ve gone out and searched for other methods, holistic, acupuncture etc and it’s starting to work.”

It’s not the first foray into holistic healing for Humperdinck, and he has his reasons for believing it will work.

“I once got very ill and the doctors couldn’t cure me. It was four months of this viral infection which I didn’t know what it was, and they didn’t know what it was. And somebody took me to a holistic healer in Hamburg, a German gentleman, and he got rid of it in two weeks. When I went back after a couple of months he said ‘yes, you’re clear of it,’ but he also said ‘you have healing powers’. I laughed and thought, me? I’m the last person who’d have healing powers. He said ‘no, you have an aura and you should use it on people and try and get them well.’”

“But the only person it doesn’t work on is your spouse. And the man who told me I had healing powers died of a broken heart because the only person he couldn’t heal was his wife who had cancer.”

Humperdinck is well aware of how people will perceive his so-called healing properties and is careful to talk too much about people he’s treated.

“People think you’re crazy for thinking you’re some kind of healer. But God gave me a gift, and he gave me the gift of being able to help people along the way, so I do use it at times.”