Chef Rewi Spraggon is taking on the challenge of creating a resurgence in the art of hāngī and raising a generation that can master the traditional Māori cooking method. 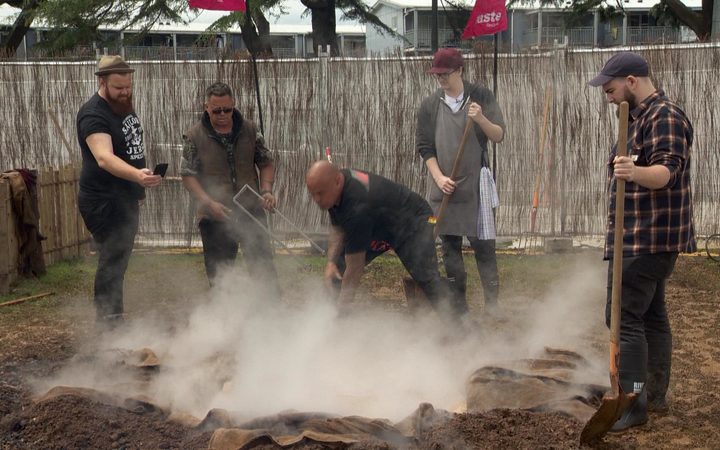 Spraggon fears the art of hāngī will be lost as people move away from traditional cooking methods with the introduction of new kai or steam cookers.

"It's so much easier to turn on the gas, in 20 minutes you are cooking. Whereas when I cook hāngī it's a four-hour process before I put the food into the pit so I think for a lot of people it's easier."

But such cookers are no match for the quality of ancient techniques passed down generations of his family, Spraggon says.

"[My father] also passed down these [hāngī] stones from my grandfather that are now over 100 years old which I'm still cooking on, they're probably the only stones in my pit which don't break or explode.

But just like the resilience of his 100-year-old stones, the well-seasoned chef insists new cookers are no rival for the authentic recipe of a hāngī passed down the generations. 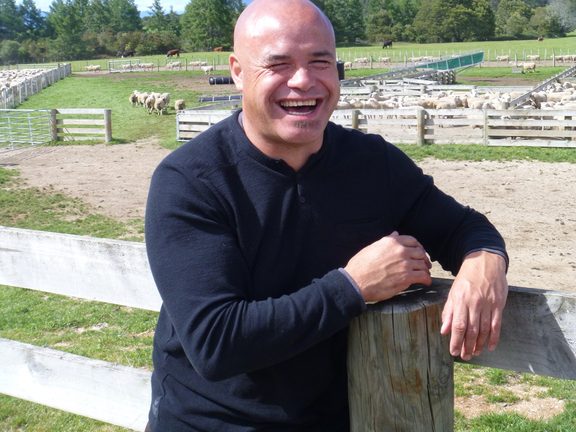 "You can't mimic the taste … If it isn't in the ground with mānuka with stones, covered with dirt, then it isn't a hāngī and it's as simple as that.

"Our old people cooked it for thousands of years, it's the oldest dish in New Zealand and why should we be chāngīng it."

The process of cooking a hāngī may not be as simple as switching on the gas, but nothing beats the result of "slow-cooked soul food", Spraggon says.

While being passed the reins from his grandfathers, Spraggon hopes that he too can do the same with younger people on his new Maori Television show, in which he enlists well known chefs to put their own stamp on meals from the traditional hāngī .

"I've got a number of hāngī masters coming through the ranks and so for me they've got to carry the legacy on."

Spraggon says the biggest hāngī challenge he's ever faced is on his new show - the gruelling task of cooking whole 60kg cow legs, using the pit.

Hāngī Pit Masters airs on Māori Television from 2 May at 7.30pm.