Some of the world’s great paintings provide clues to the food served up on 17th century tables, and how taste and diets have changed.

Dr Benjamin Breen, assistant professor of history at the University of California, Santa Cruz, has written about the food in Renaissance paintings and the differences to present day fare on his Res Obscura blog. 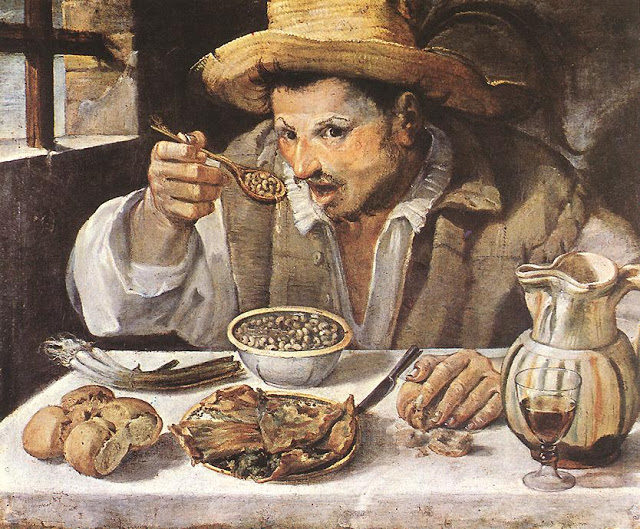 In the early modern period foods were more restricted to specific regions, Breen says. Chilli peppers, to name one, have only relatively recently become globally used in recipes.

“If we go back more than 400 years, chilli peppers are a regional food,” Breen says.

The movement of plants, animals – and epidemic diseases such as influenza – between Europe and the New World, known as the Columbian Exchange, made corn, potato, tobacco, beans, peppers, and cacao much more widespread.

“I think coffee is one of the most widely traded commodities in the world now, and it was just not a thing at all 700 years ago.”

But for the vast majority of people in the 17th century, diets were minimal and contained very little variety.

An earlier painting, The Beaneater (1580-90) by Annibale Carracci, shows a meal of the time, when people were typically eating boiled legumes or grains.  And Pieter Bruegel the Elder’s The Peasant’s Wedding has plentiful but plain pies served at the feast.

“Famine was a part of everyday life," Breen says. "Most people would have experienced going hungry at some point. 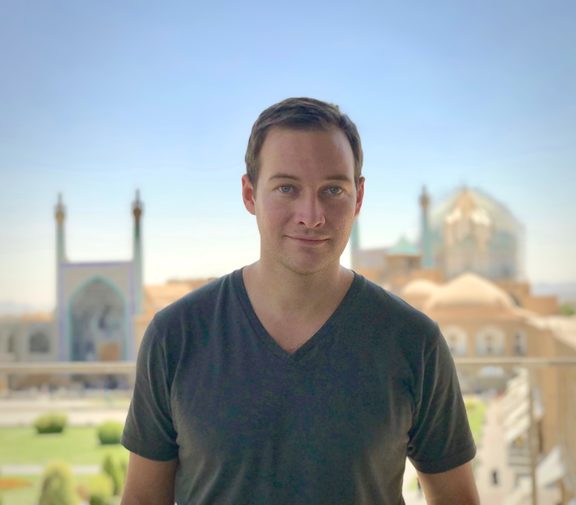 “Food was something which you didn’t necessarily have an overlay of epicurean curiosity or gourmet tastes about – you just ate what was available.”

Most meals would have been some version of porridge or a mush of grains with, if you were lucky, some root vegetables. Meat and spices were rare.

“It was just things that fill your belly.”

A pot of stew, soup or porridge would probably have been kept over ashes in the central hearth of the house, and warmed up through the day. Chilled or frozen food would have been almost unknown in a period where there was no refrigeration.

In contrast, some early recipes were much spicier than today’s versions.

“It seems as if tastes have changed quite a bit in terms of the level of pungent or aromatic spices that people found acceptable.”

Breen says modern day diners transported back to 17th century England would have found the entrees of roast beef or boiled meats palatable.

But they'd have been on more unsteady territory when it comes to drink. "Many 17th and 18th century alcoholic drinks are extremely sweet. They had a taste for port wine and huge amounts of it.

“There’s more of a taste for eating stale bread … modern eaters have less of a tolerance for food that’s been left out for days or weeks and in this period there’s just complete acceptance of that.

Other food and drink would have been a step too far for modern tastes. An 18th century recipe from England for snail water -  a concoction of snails washed in beer, milk, rose leaves herbs and ivory shavings - is a medicine, not a food, and wasn't meant to taste good.

“Several recipes for snail water contain opium and also things like liquorice syrup, which would have been very sweet.”