Armando Iannucci: The Death of Stalin

Armando Iannucci is the brains behind some of the most potent and funny political satire on TV, film and radio.

He created the acclaimed political satire The Thick of It which ran for five series on the BBC and spawned a spin-off film, In the Loop.

Iannucci has worked closely with the likes of  writer and performer Chris Morris, and Steve Coogan - whose Alan Partridge character he helped create. 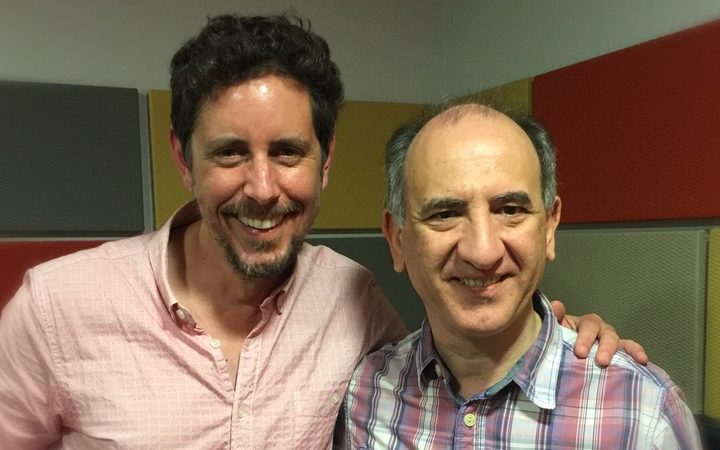 On the on BBC spoof radio news programme On the Hour, Steve Coogan was cast as the sports reporter and was asked if he could come up a suitable voice.

"The moment he spoke, we all knew there was a new person in the room.

"Then someone said 'he's an Alan' and someone else said 'and a Partridge'."

Iannucci's latest film, The Death of Stalin, is a comedy about the power struggle immediately following the death of the Soviet dictator in 1953.

Iannucci first became interested in politics in the 1970s as a schoolboy in Scotland reading copies of Hansard.

"We had this new library open up, a public library and I noticed it took Hansard so I thought I'll have a read. I was just fascinated, at that time in the 1970s there was no public recordings or cameras or microphones in parliament. It was all reported and you had these artist impressions drawings."

His interest in satire came later and he was a great fan of the situation comedy Yes, Minister, broadcast in the late 1970s and early 1980s.

"There always has been a tradition in the UK of political satire, right back to George III and Hogarth. We don't have revolutions in the UK we have jokes."

After time working on On the Hour and its TV spin off, The Day Today, Iannucci approached the fledgling BBC4 channel with the idea of a cinema vérité style satire of modern Blair-era politics - The Thick of It.

The fantastically abusive and sweary director of communications Malcolm Tucker is one of the show's most famous characters, and Iannucci says his splenetic rants were in fact closely-scripted.

"Malcolm Tucker's great monologues, his tirades, are rehearsed. There's no way anyone could improvise that degree of eloquent abuse.

"When I did my research [for The Thick of It], yes there were these Malcolm Tuckers, but also these nameless people called the enforcers rather like the dementors in Harry Potter."

The satire of The Thick of It was driven by a real anger at Tony Blair and his decision to involve the UK in the invasion of Iraq, Iannucci says. He was among the anti-war marchers in London in 2003.

"There was a huge dispute [over the number of protestors] - some people said a million, some said three million, the government said it was 40,000 and the rest just happened to be tourists!"

Most people, experts and people in the street alike, knew the war would have disastrous consequences, he says.

"How was it that Tony Blair and his little coterie of self-appointed experts could convince not just parliament, not just the media, but the electorate that this was the right thing to do?

"[The Thick of It] is almost a commentary about how these fairy intelligent people could come up with something so daft."

Having satirised democracy with such devastating effect, Iannucci's The Death of Stalin looks at autocracy and its inherent absurdities.

"When Stalin suffered a stroke he lay on the floor all day long because he had told his guards 'I don't want to be disturbed' so even though they heard someone fall and some noise they just thought 'I'm not going to knock on the door.'

"Then Lavrentiy Beria [Stalin's sadistic chief of secret police] arrived. He didn't call for a doctor, he called for the rest of the Politburo and once all eight or nine of them arrived they then said 'OK which doctor do we call?' Because Stalin had had all the good doctors rounded up."

The cast play it for real, he says, but also play it funny, "a kind of stressful funny, it's a kind of hysteria."

In the end Stalin was a victim of his own terror, Iannucci says.

"There was a respirator there [in Stalin's room] but they didn't use it because it was American. He was killed by his own terror really, they were too terrified to do anything about saving him because they didn't want to make the wrong decision." 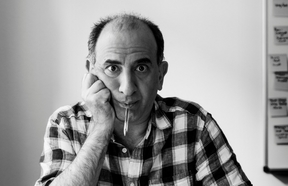 Armando Iannucci is a critically acclaimed British comedy writer and producer. He's best known for creating the TV shows The Thick of It and Veep. Audio

Armando Iannucci is behind Bafta winning television shows like political satire' The Thick of It' and the Oscar nominated movie 'In The Loop'. Audio