Anna Coddington is a singer, songwriter, multi-instrumentalist and finalist in NZ's top songwriting award - the Silver Scrolls. She produces soulfully crafted songs as a solo artist and as part of other musical projects including Fly My Pretties. 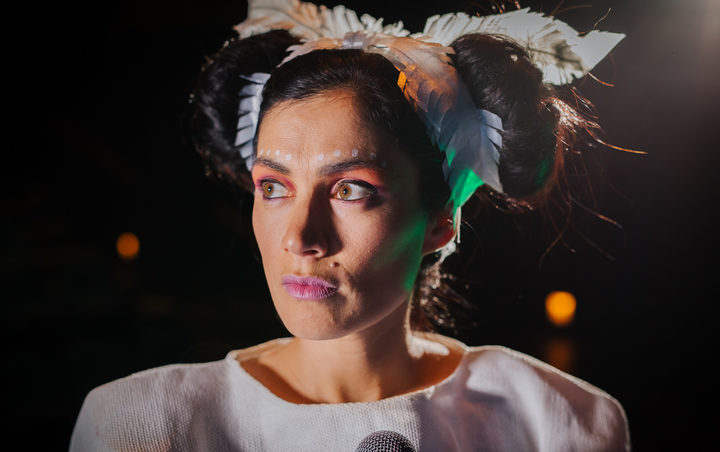 Anna Coddington is gearing up for the Auckland Arts Festival opening on March 8, where she'll perform with the group Eru Dangerspiel. It's a supergroup of musical friends including Mara TK, Submariner, Ria Hall, Riki Gooch (of Trinity Roots) and Mike Fabulous.

"[Collaboration] is something I've been building into confidence-wise. When I started out, especially because I was self-taught .. and felt like I was always muddling my way through, I didn't have a lot of confidence to collaborate. But I've always really enjoyed it, and over time I've become more and more inclined to do it.

"Now I feel it's the thing I want to do most. I'm really into co-writing at the moment and using other people as soundboards."

Over the past few years, Anna's has been juggling music and motherhood: her most recent album - 2016's Luck/ Time took five years to release after the birth of her two children.

"It's about these two little creatures and fulfilling their needs and then reassessing who you are in that context.

"Before I made that album, my life was making music and doing karate!"

Anna Coddington's partner is British DJ and producer Dick Johnson. She didn't know his work before she met him.

"My view on electronic music before, was 'where are the guitars in this song? But it's great now because I think we have really informed each other a lot of musically."

Anna grew up in Raglan and is of Ngāti Tūwharetoa and Te Arawa descent. She's released three albums, The Lake, Cat and Bird and 2016's Luck/Time.

Anna Coddington will be part of the collective that is Eru Dangerspiel playing at The Auckland Arts Festival on 8 March. The Festival runs until 25 March.