'As you read, Auckland and New Zealand are becoming more Pacific by the hour' writes Damon Salesa in his new book Island Time, NZ's Pacific Futures.

Yet unlike other ethnic communities, Auckland's Pacific population live in "locked-out segregation," he tells Wallace Chapman. 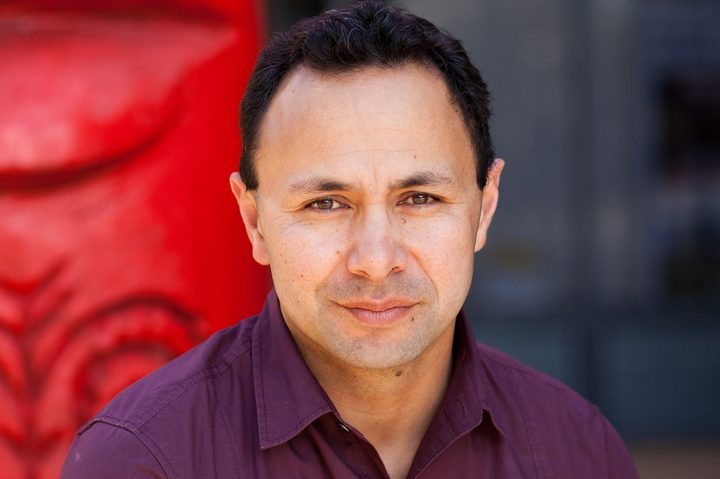 Damon Salesa is an associate professor of Pacific Studies at the University of Auckland. Photo: Supplied

Pacific people are forced to live in extreme concentration because of public policy on social housing as well racial prejudice and income inequality, Salesa says.

If we build all our social housing out there [in South Auckland] and about 60 percent of social housing residents are Māori or Pacific, we will have massive concentrations of both ethnicity and poverty."

The Pacific hubs of Otara and Mangere are not well served by public services or private ones such as banks, supermarkets and hardware stores, he says.

"In Otara, for instance, you have effectively only a Credit Union and Kiwibank and then you probably have about 15 or so pay-day lenders and pawn shops."

Salesa recently took a group of students from the North Shore to Otara and says they were stunned.

"Sydney is more like Takapuna than Otara is … we can be very close to each other, but we can be living very different lives and not really understanding how profoundly different it is."

The fact Tongans organised a celebration nearly as big as the Auckland Christmas parade in just a few hours on social media (the Ōtāhuhu Rugby League World Cup parade) shows what a 'powerful magnet' sport can be for cultural pride, he says.

"That kind of ability and power, those kinds of relationships, should really make us wake up and think - look at the potential that lies in these communities."

Salesa was moved by former Kiwi Jason Taumalolo's decision to play for Tonga and says it was hypocritical that he copped a backlash for it.

"He was called a traitor and a turncoat. This is by our mainstream media. The Herald used both of those terms more than once. And yet a player born in Tonga that plays for the All Blacks – Malakai Fekitoa, Vaea Fifita – would they ever be called turncoats or traitors? Not in a million years."

While teams like the Warriors, Chiefs and Blues have many Pacific players, New Zealand's rugby union boards are still "stuck in the 1970s" and "as ethnically diverse as a 1980s Remuera Rotary Club," Salesa says.

"Shouldn't we embarrassed by the fact that we can let our largest fund – the NZ Super Fund – be managed by a Pacific person, yet we have the NZ Rugby Union saying they can't find someone to appoint to their board?

"They would actually make different decisions – and they would be better decisions."