A Cambridge house built on a property that backs onto a service lane of the local supermarket has been named as New Zealand’s Home of the Year. 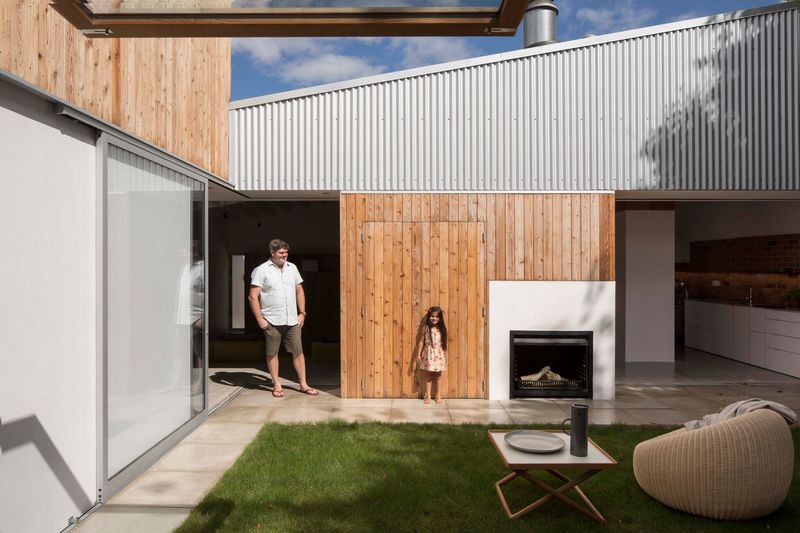 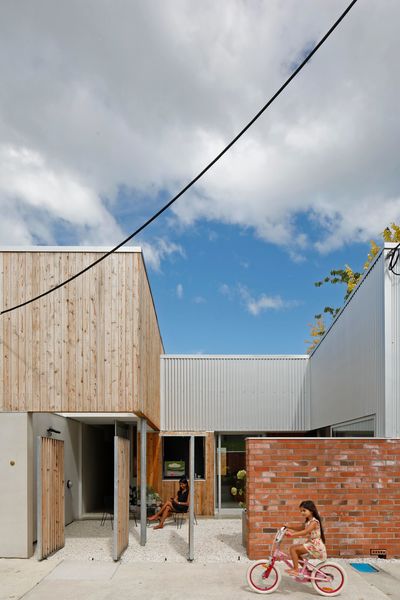 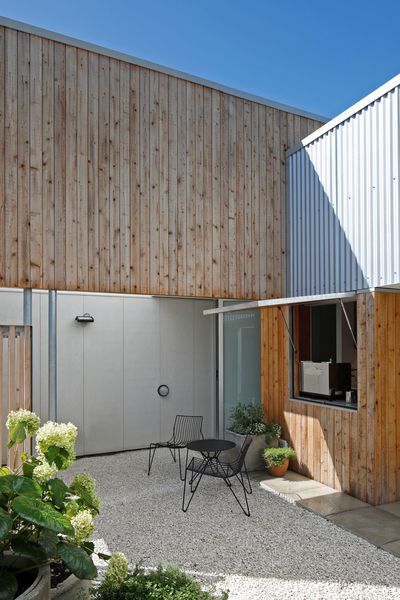 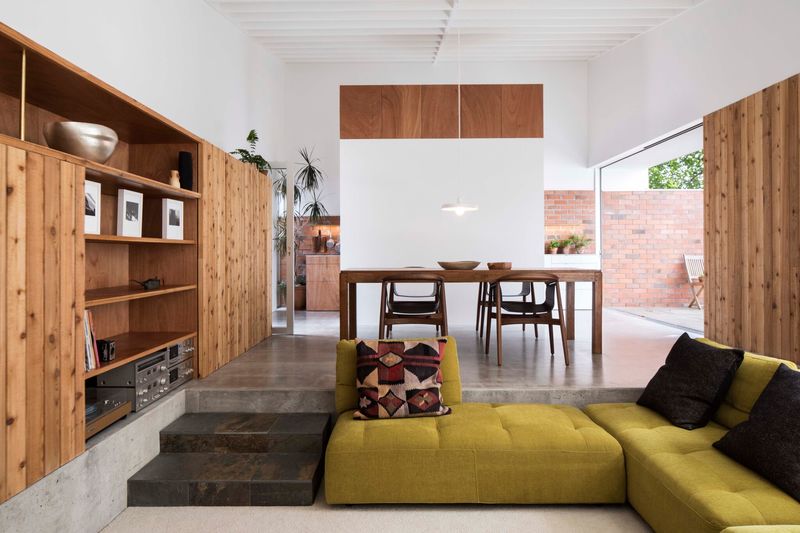 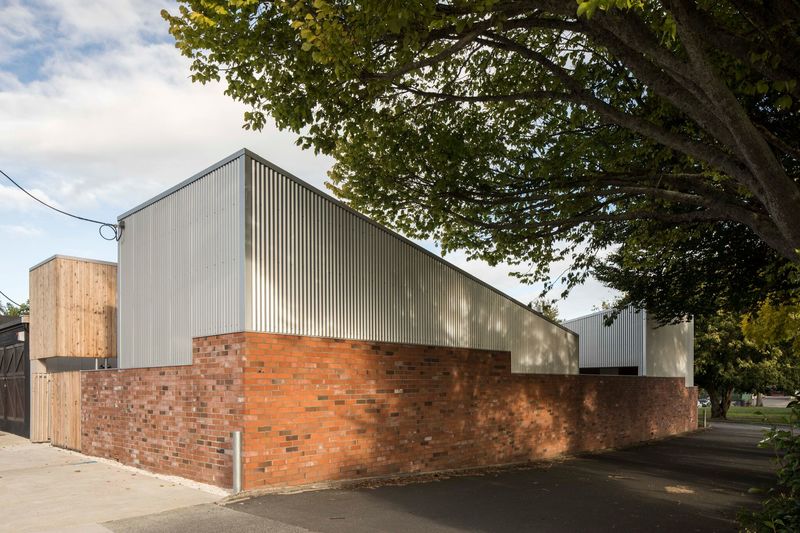 The judges were looking at the strength of the original idea behind the house and the quality of the execution.

Ultimately, they decided that a house in the centre of Cambridge best met that criteria. Designed by a young couple with a young daughter and their architect friend, the house was built with a small village lifestyle in mind, one the friends had when they all lived together in Greenwich, London. They moved to Cambridge from Auckland where they could better afford that lifestyle.

Occupying a commercial lot that is a tight 315-square-metres, architect Chris Beer made full use of the space, wrapping the site in a red brick wall and building the house right up against the boundary. A grass courtyard sits in the middle of the property and a coffee hatch also opens to the front.

“I think [the flashiest house] didn’t win because the house that did win, just captured something. I think it captured a moment in New Zealand and I think it’s a solution to a problem that a lot of people are facing,” Farrell-Green says.

The farming town is “better known for bungalows and roses”, he says and the property is not the typical suburban Kiwi lifestyle block, with trucks driving past it to deliver goods to the supermarket next door.

“I think that they saw the opportunity there to create something that was very internal and urban, weirdly, even though it’s basically in a village,” Farrell-Green says.

This creativity was what drew the judges to the house, he explains.

“You couldn’t actually build a house like this in residential zoning. You can’t get that hard against the boundaries, so it is very much a response to the particularity of the site.

“I think what is really interesting about it too, is we think often that living in a small town means not having an active community around you, whereas I think this is a solution not just for affordability but also small towns in New Zealand are sprawling as well.”

The Home of the Year winner and the runner-up both used a brick wall to surround the property.

“It’s interesting that the winner and the runner-up both use a similar device, which is, they’ve wrapped the whole property in a brick wall and then all of their spaces, whether they’re internal or external, sit inside that brick wall.

“That’s a really foreign concept in New Zealand. We tend to put a house in the middle of a site and then we might have a fence along the front,” Farrell-Green says.

The runner-up is a triangular-shaped property in Auckland’s Point Chevalier.

“I think [architect Guy Tarrant]’s genius was that he wrapped basically the whole site in a big tall brick wall and then built that house inside that wall, so it’s got this beautiful curve to it and then the house follows that curve. He describes it as being like the Nike tick. What he’s done is follow through with the language quite clearly.”

With architecturally-designed homes costing between $4000-5000 per square-metre, travelling the country the judges saw that it is very difficult to build one on a budget, Farrell-Green says.

“The only real way you can control a budget is in size, and then within that size making it work really, really well; having really tight planning, no flabby spaces, no wasted spaces. So this [Cambridge] place has that. It has nooks and storage and an office tucked into a line of cabinetry.”